A large-scale blast rocked an apartment in the no-go Stockholm suburb of Husby early Tuesday morning along with another explosion taking place just 500 metres away.

One person was taken to the hospital after suffering injuries from one of the blasts, but the injuries were only determined to be minor. A total of 50 residents were evacuated from their homes following the blasts as police and bomb technicians examined the area, SVT reports. 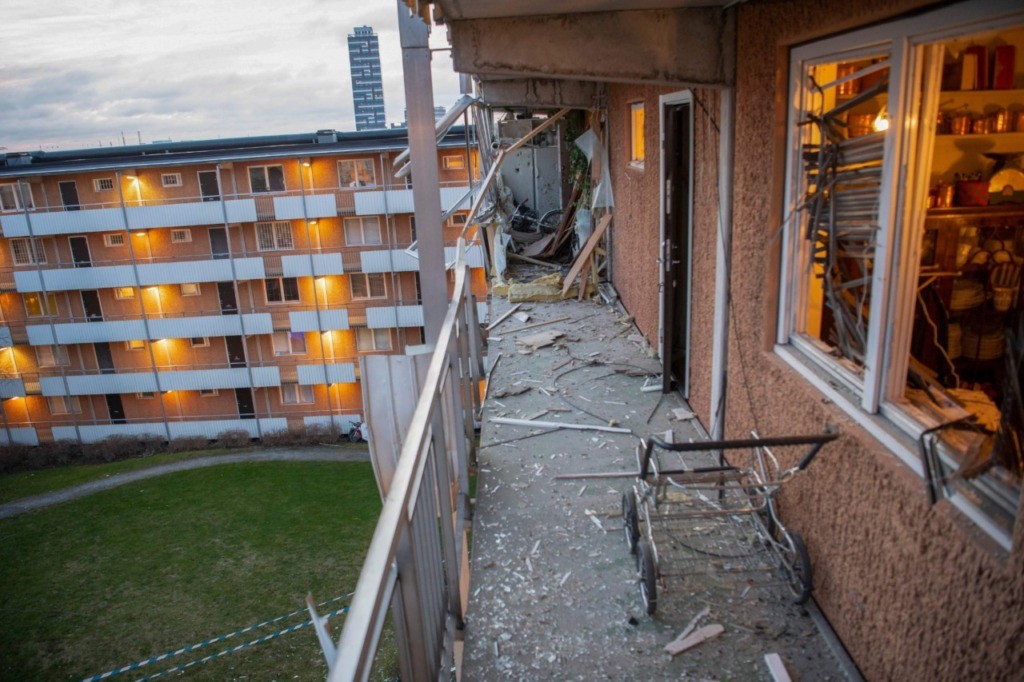 Anna Wästberg of the Stockholm Police commented on the two explosions saying that police were investigating a potential connection to the large blast that occurred last week in Östermalm, which led Moderate Party leader Ulf Kristersson to claim the government had lost control of the country.

“We are looking at connections to other ongoing preliminary investigations on blasts and this is included in Östermalm. It is too early to say whether there is a connection at present,” Wästberg said.

Henrik Östmark, an explosive expert at the Total Defence Research Institute, added that the recent explosions are worrying and said: “No prior knowledge is really needed to achieve this type of detonation. What is needed is explosives and an ignition system.”

Newspaper Aftonbladet spoke to several local residents including a man named Johan who said the load-bearing wall in his apartment suffered a major crack after the explosion and said: “It was a powerful bomb, no doubt!”

Johan said he did not want to return to his apartment saying: “I don’t really know what to do in this town. I have never been worried about living in Kista or in other vulnerable areas, never ever. But now that it happens so often.”

Over the last year, Sweden has seen at least 230 bombings and explosions across the country, with some claiming that police have been reclassifying some detonations and that the true figures could be even higher.