Chris Patten, the last British Governor of Hong Kong, said that the UK must not be “bullied” by the Chinese Communist Party (CCP) over Hong Kong.

At the Inaugural Paddy Ashdown Memorial Lecture in London, Chris Patten told Breitbart London that he believes that Britain will have limited ability to use trade as leverage with the communist state — given Britain sells so little to China — but said: “What might have some effect is if we made it clear to China that we are not going to be bullied over Hong Kong or other issues as well and the problem is too many countries are prepared to be bullied.”

“I don’t agree with the way President Trump has handled the economic issues, but I think to be fair to him, he’s tried to tackle an issue which has been important for a long time,” added Patten — a significant concession for so thoroughly establishment a figure in UK politics.

Lord Patten, who served as the last British Governor of Hong Kong before control of the city was given over to the Chinese Communist Party in 1997, blasted the “useful idiots” and “communist apparatchiks” who have allowed Chinese President Xi Jinping to degrade the democratic freedoms and human rights that were promised to the city in the Sino-British Joint Declaration. 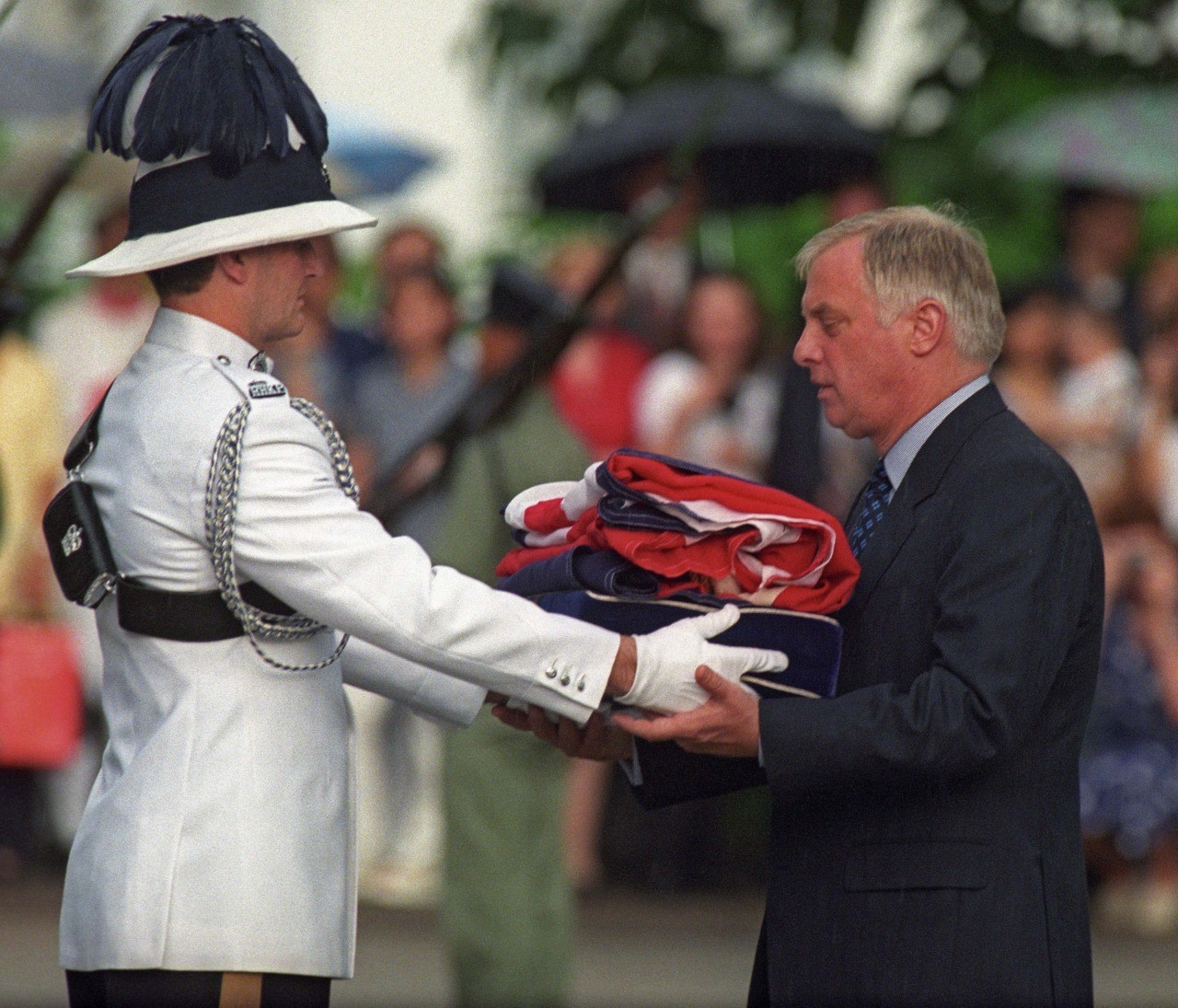 (FILES) Chris Patten (R), the 28th and last governor of colonial Hong Kong, receives the Union Jack flag after is was lowered for the last time at Government House – the governor’s official residence – during a farewell ceremony in Hong Kong, 30 June 1997, just hours prior to the end of some 156 years of British colonial rule as the territory returns to Chinese control at midnight. EMMANUEL DUNAND/AFP via Getty Images

The city, which Lord Patten oversaw for five years as governor, has been struck by conflict since March of last year when the Legislative Council introduced an extradition bill that would have allowed the Chinese Communist Party to extradite people from the city to mainland China.

The bill was seen as a direct assault on the freedoms promised to Hong Kongers under the banner of ‘One Country, Two Systems’. In contrast to the Hong Kong judicial system that was based on the legal system of the UK, communist China has a 99 per cent conviction rate and prisoners are regularly subjected to rape, torture, organ harvesting, and execution.

In response to the bill, millions of Hong Kong citizens have taken to the streets in protest. The protest movement, under the banner of “Liberate Hong Kong, Revolution of Our Times”, has moved beyond the initial demand to remove the since withdrawn extradition bill.

On  New Year’s Day, one million protesters gathered to call for the other of the “Five Demands” to be met, including the end of characterising the protests as “riots”, the release of political prisoners without charges, an independent inquiry into the brutality committed by the police, and universal suffrage within the city.

Closing his lecture at the Hong Kong Watch event, Chris Patten teared up as he recited the lyrics to “Glory to Hong Kong”, an anthem of the pro-democracy protestors in the city.