Climate change alarmist protestors marched through the streets of London under the banner of Extinction Rebellion, culminating in a ‘Discobedience’ dance and ‘Die-In’ outside Scotland Yard police headquarters in London.

Carrying Socialist Worker signs saying “climate refugees welcome” and “system change not climate change”, Extinction Rebellion protested against what they believe to be man-made climate change from Russel Square to Parliament Square in London on Saturday.

“We should all make radical changes ourselves. I’ve given up meat, I’ve banned myself from flying… there should be radical decisions across the board. We need to live more communally, we need to stop consuming so much, repairing what we have that goes broken and we need to share more with those who are much less fortunate,” one protestor told Breitbart London.

One man, wearing a “Make America Native Again” hat said: “I think a societal collapse is more near term than far term, I’m on the pessimistic end of the spectrum”. When asked how long the planet has left, the man answered: “Uh maybe ten years”. 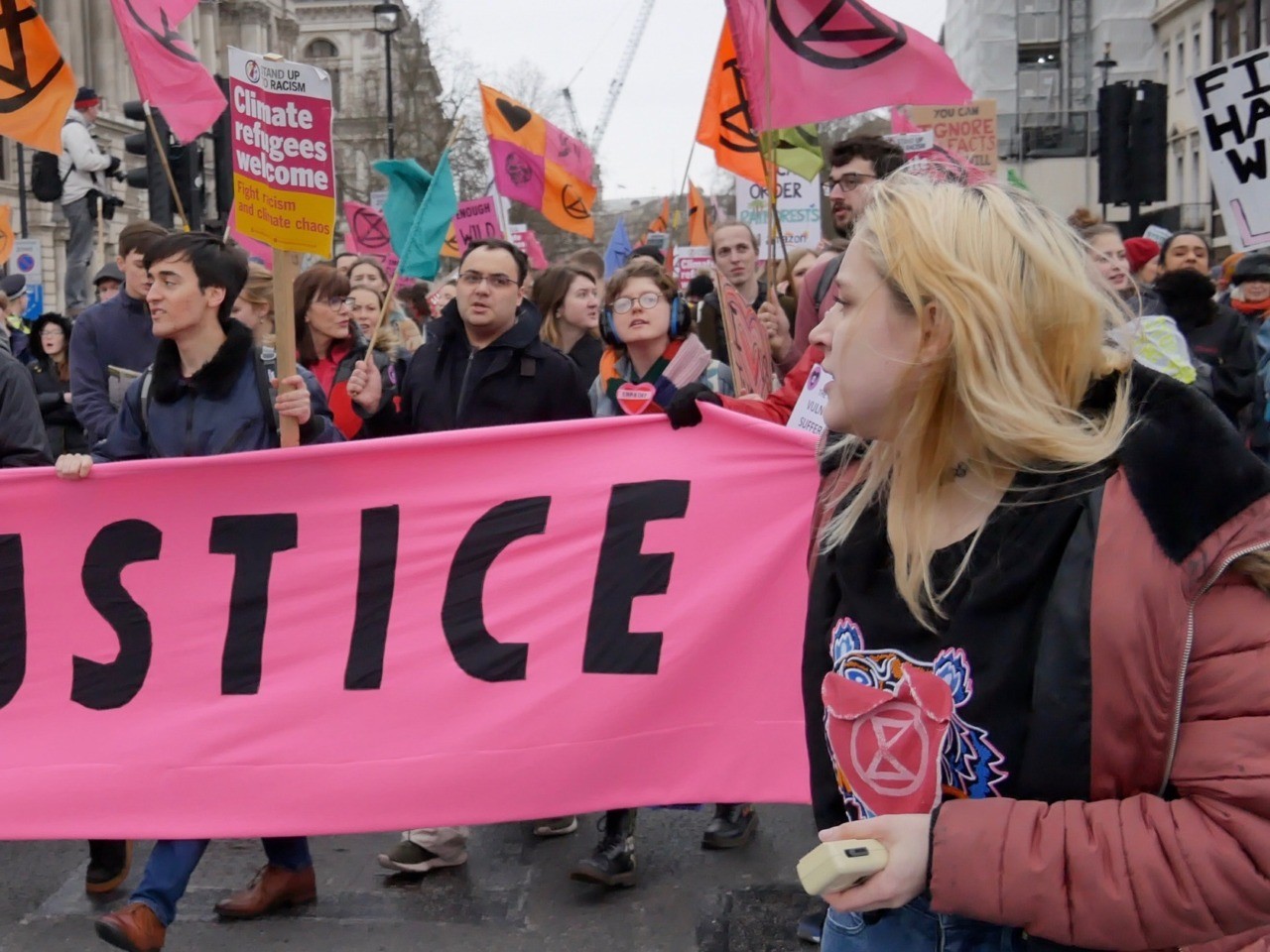 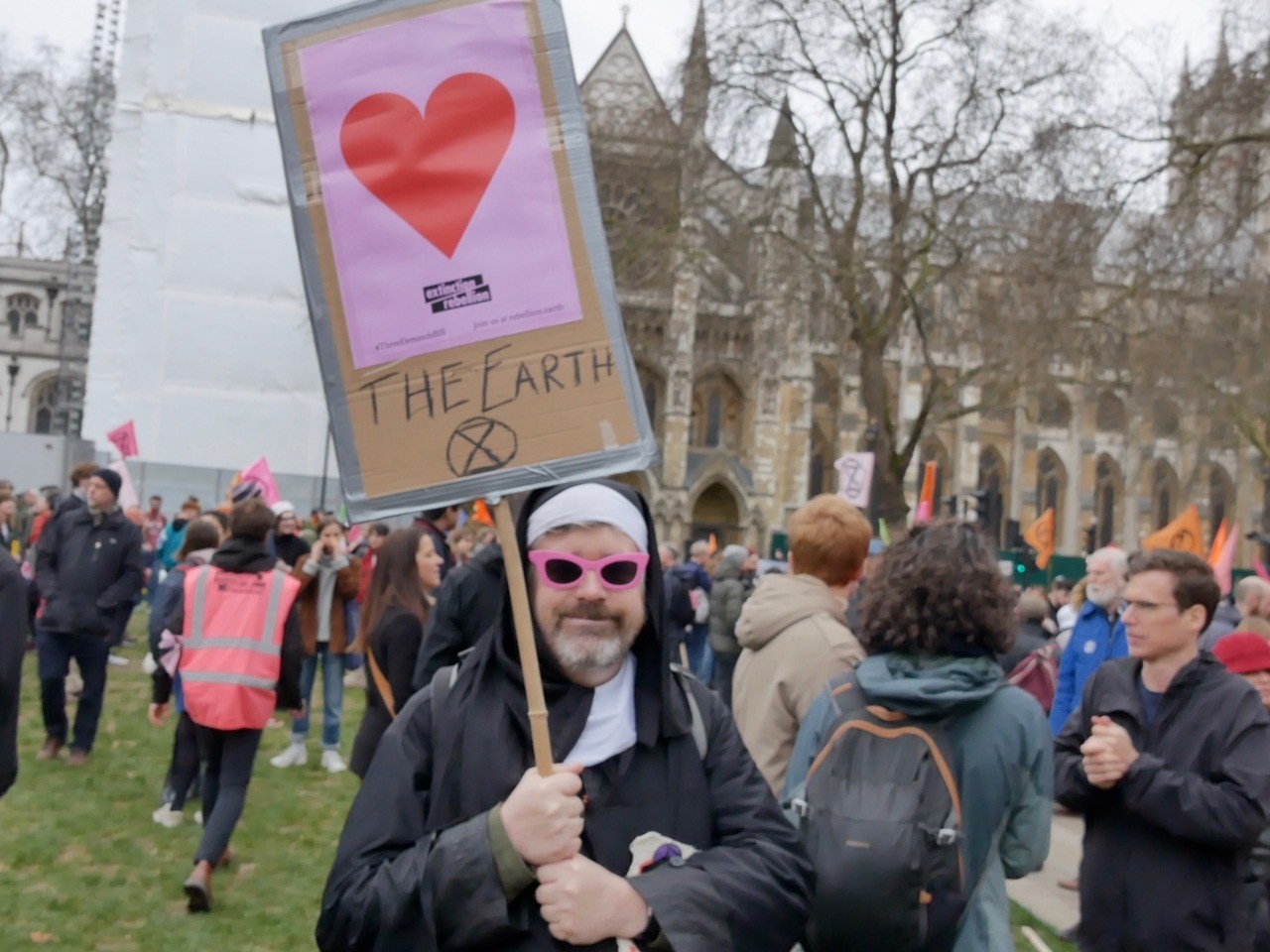 One speaker hailed the so-called “action” of Extinction Rebellion activists in Cambridge, who vandalised the prized lawn at Trinity College.

In Breitbart London’s exclusive video, the protestors are then seen gathering outside Scotland Yard for a ‘DiscoBedience’ dance, in which the middle-aged crowd danced to Bee Gees music, before holding a ‘Die-In’ on the street as Louie Armstrong’s song What a Wonderful World can be heard playing through the speakers.

The radical activist group is planning to gain over one million “active” members in the UK to join their protests calling for the country to be carbon neutral by the year 2025 and the establishment of a ‘Global Citizen’s Assembly’.

Earlier this month three eco-warrior activists were arrested during the “climate strike” in which students, Antifa and Extinction Rebellion clashed with police after occupying London Bridge.

Extinction Rebellion and antifa team up in London to protest climate change. They tried to shut down traffic in Westminster, leading to numerous arrests. pic.twitter.com/GVXSlxPikE