At least three activists were arrested by police in London during the annual “Climate Strike”.

Student climate change activists, Extinction Rebellion and Antifa took to the streets of London on Friday, joining “Climate Strike” protests across the world, shouting slogans like “climate change is fucking real, give us all a Green New Deal” and “the students united will never be defeated”.

In an exclusive Breitbart London video, three of the activists are caught on camera getting arrested by London’s Metropolitan Police.

One of the leaders of the march was told by police that she was “breaking the law” by “obstructing the highway”. After she refused to leave the road she was tackled by the police and dragged into a police van.

Two others were also arrested at the protest for refusing to clear the road.

Antifa also clashed with police, with one masked man dressed in black bloc gear shouting at an officer: “You are fucking scum!” 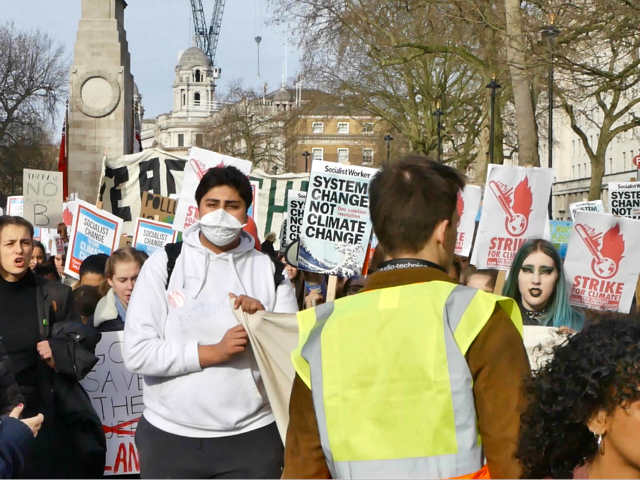 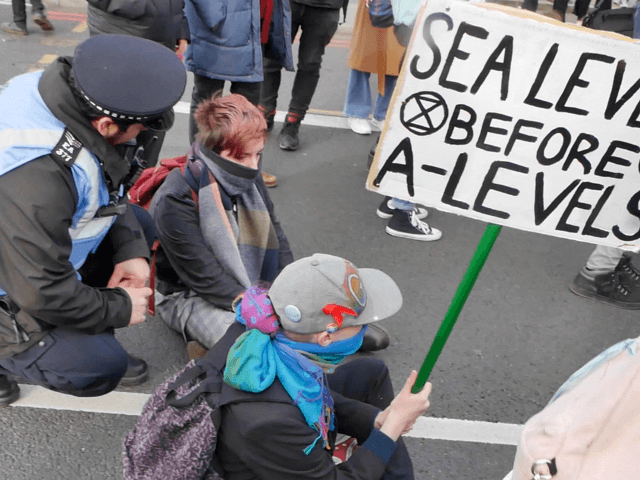 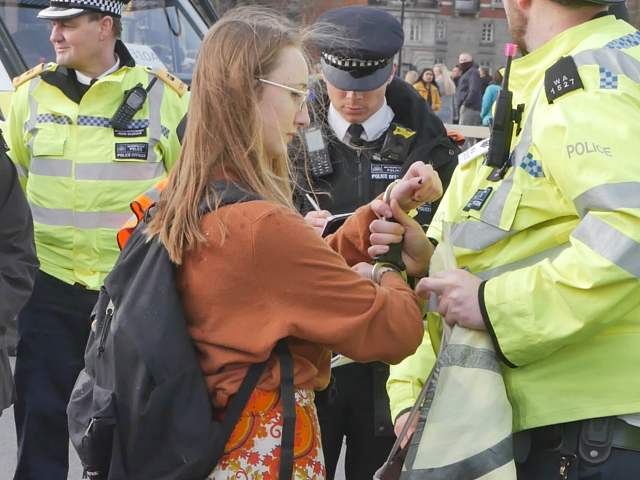 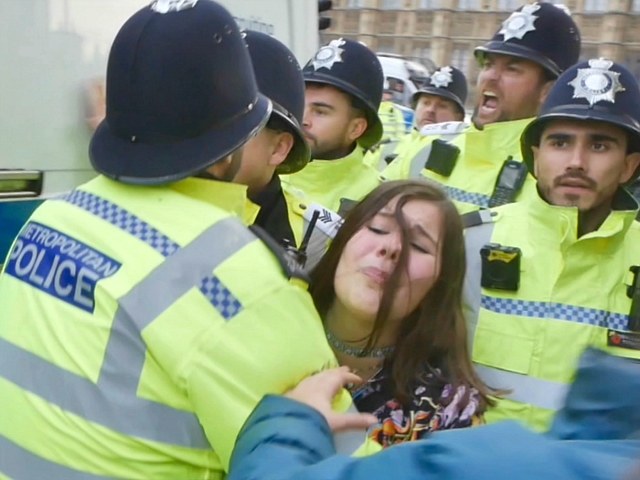 The student activists have attracted financial support from environmental organisations such as Global Justice Now, Green Peace, and the Green Party, according to the Guardian.

The arrests on Friday came one day after police stood by for some time as members of Extinction Rebellion vandalised government property by digging up the grass outside the Home Office.

This “action” came in response to the expansion of the Pont Balley mine in County Durham, England.

Last year alone the cost of policing Extinction Rebellion protests in London totalled over £37 million — more than double the annual budget of the Violent Crime Taskforce, which is only £15 million.

The strain on resources and manpower limited the police’s ability to investigate other crimes in the capitol.

The climate change alarmist group’s next mass “rebellion” will take place on May 23rd.