Hundreds of local users in Amsterdam lined up outside the country’s infamous “coffee shops” to stock up on marijuana after the government announced that the shops would be closed for the next three weeks.

On Sunday, the Dutch government announced that it would be closing all restaurants, cafes, and schools, as well as shutting down all brothels, sex clubs, sport schools, and marijuana coffee shops in an attempt to curb the spread of the coronavirus.

In response to the announcement, panicked pot-heads rushed to their local coffee shops to stock up on their preferred drug, for fear of not being able to get high during the nationwide lockdown.

“I came here because I’ve learned that everything’s gonna be shut down for the next few weeks. I’m basically thinking that at some point I’ll run out of ideas of what to do at home,” a woman named Dee told the NL Times.

A staff member at Coffeeshop Best Friends said that customers raced to the shop to buy marijuana after the announcement from the government, but that sadly many missed the cutoff.

“There were 30 or 40 people here after the government said we have to close and many of them did not get to buy their stuff,” he said filled with sorrow. 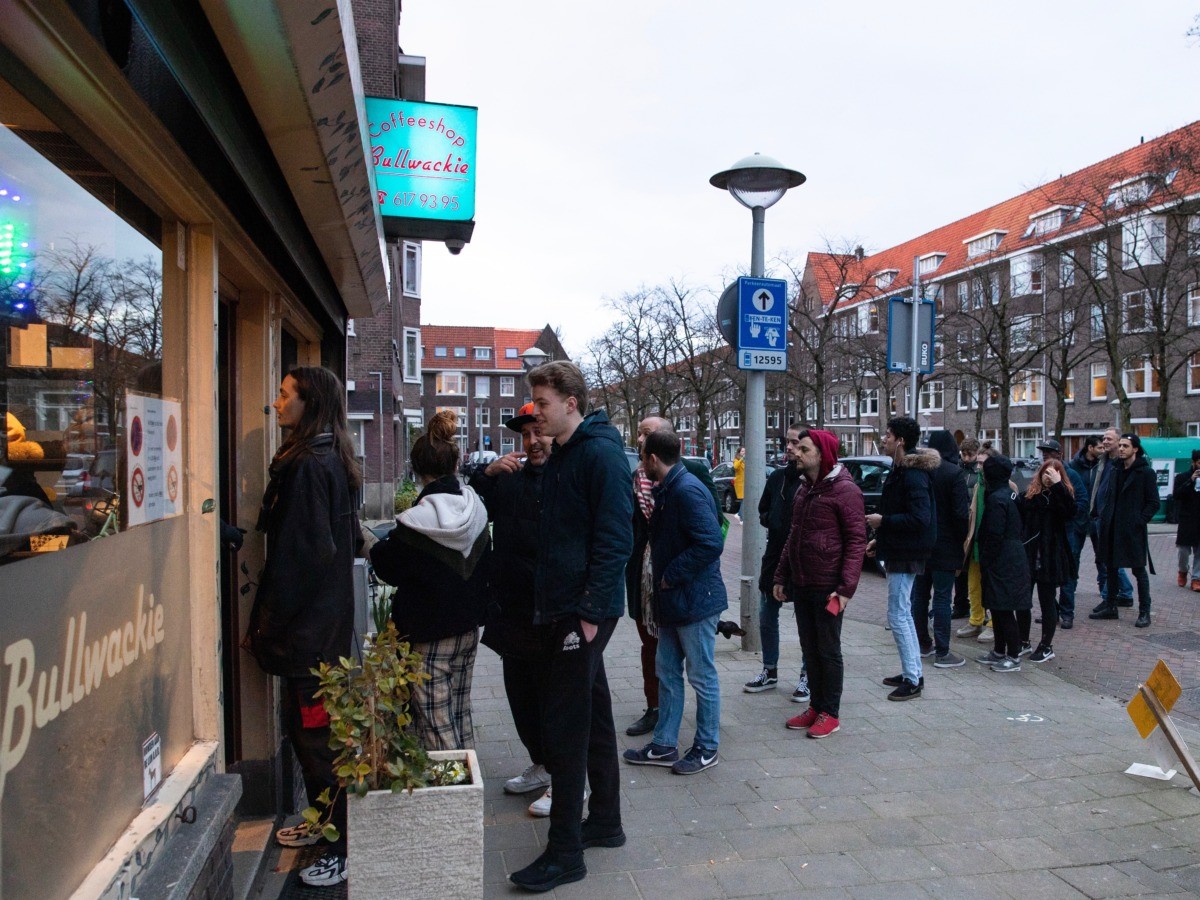 People queue to buy marijuana at coffeeshop Bulwackie in Amsterdam, Netherlands, Sunday, March 15, 2020, after a TV address of health minister Bruno Bruins who ordered all Dutch schools, cafes, restaurants, coffee shops and sport clubs to be closed on Sunday as the government sought to prevent the further spread of coronavirus in the Netherlands. For most people, the new coronavirus causes only mild or moderate symptoms, such as fever and cough. For some, especially older adults and people with existing health problems, it can cause more severe illness, including pneumonia. (AP Photo/Peter Dejong)

Similar scenes were recorded across the country, with lines being spotted outside pot-shops in Breda, Utrecht, and Nijmegen.

One man who parked his bicycle near a line of about 20 men was heard saying: “Fucking crazy, man.”

When asked if he were a local and if he were planning on buying marijuana, he said, “I live here, and I’m buying!” before joining the queue.

On Monday, the number of confirmed cases of coronavirus in the Netherlands increased by 278, bringing the total number of cases to 1,413. So far, 24 people have died from the infection in the country.