Greek government spokesman Stelios Petsas has come out against the proposal from Turkey to convert Istanbul’s Hagia Sophia into a mosque, saying such a move would strain relations between Christians and Turkey.

Built by the Roman emperor Justinian I, the Hagia Sophia served as Christendom’s largest and most prominent cathedral for hundreds of years and was the seat of the Patriarch of Constantinople,

It was forcibly converted into a mosque after the violent conquest of Constantinople, as Istanbul then was, by Ottoman Turkish forces in 1453, but it was turned into a museum open to all in the 1930s by the Republic of Turkey’s secular founder, Mustafa Kemal Atatürk, after his abolition of the Ottoman Caliphate.

Stelios Petsas made his comments against converting the iconic building into a mosque again after the U.S. Secretary of State, Mike Pompeo, criticised the proposal earlier in the week.

Mr Pompeo had said: “We urge the Government of Turkey to continue to maintain the Hagia Sophia as a museum, as an exemplar of its commitment to respect the faith traditions and diverse history that contributed to the Republic of Turkey, and to ensure it remains accessible to all.”

Speaking at a press conference on Thursday, Mr Petsas said that “Hagia Sophia is a World Heritage monument… Many countries, culminating in the intervention of the U.S. State Department, highlighted this very point, urging Turkey not to take steps which would create a huge emotional chasm between the Christians of the world and Turkey.”

The Patriarch of Constantinople Bartholemew I, has also warned that “The potential conversion of Hagia Sophia into a mosque will turn millions of Christians around the world against Islam.”

A decision by a Turkish court on whether or not to convert the Hagia Sophia was expected on Thursday but has been delayed. A ruling by the court is expected within the next 15 days.

While many have criticised Turkey for wanting to convert the building, the Turks have rebuked them, with Hami Aksoy, a spokesman for the Turkish Foreign Ministry, saying: “Naturally everyone is free to express their own opinion. However, it is not for anyone to talk about our sovereign rights in the style of ‘we urge, we demand’.”

Tensions between Greece and Turkey remain high since earlier this year when Turkish president Recep Tayyip Erdogan opened the gates to Europe for migrants living in Turkey. He was only forced to close them by the Chinese coronavirus pandemic.

German Federal Intelligence Service (BND) findings indicate that the Turkish government purposely incited riots at the Greek border by planting members of its security services among crowds of migrants. https://t.co/Nu6CzyZU0Z 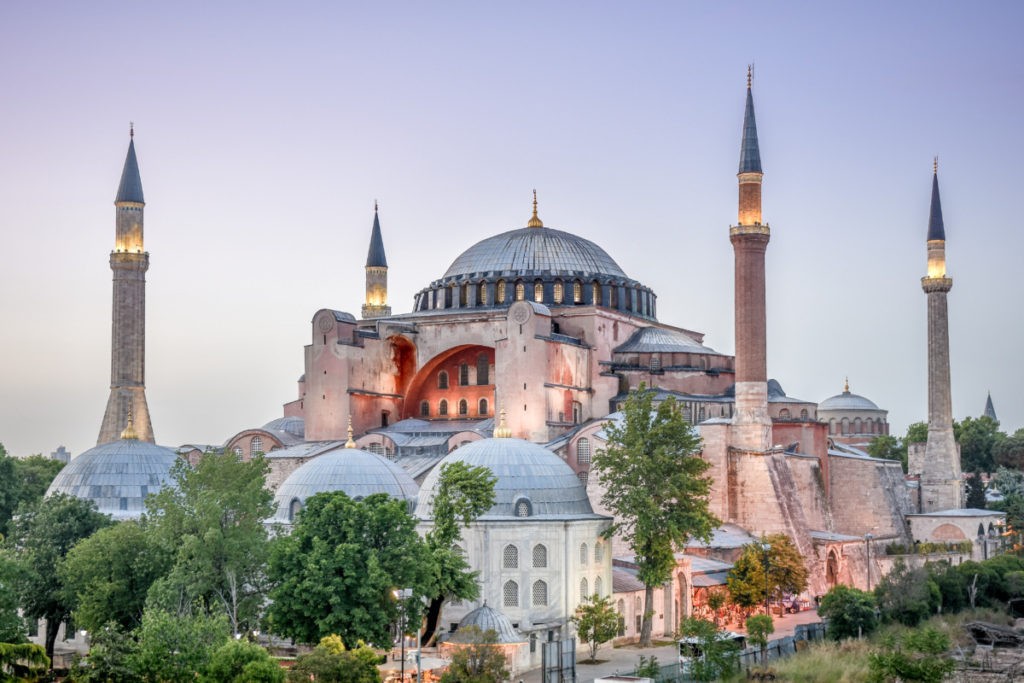 Hagia Sophia was chosen a world heritage site by UNESCO in 1985. Hagia Sophia is a great architectural beauty and an important monument both for Byzantine and for Ottoman Empires. Once a church, later a mosque, and now a museum (Onur Yuksel / iStock / Getty Images Plus)