Migrants trying to reach high-welfare northern European nations being frustrated by Hungary’s southern border fence are digging tunnels in a bid to cross undetected, a new tactic that has otherwise been seen on the U.S.-Mexico border.

The emerging phenomenon comes five years after the first peak of the Europe Migrant Crisis, when Hungary bucked the continent-wide trend of open borders by declaring itself closed to illegals. The nation sat on the most direct path into Europe from the Balkan route, and the creation of a fence directed the migratory stream onto a longer way around its territory. But as migration starts to rise again after a coronavirus-forced lull, illegals are on the move. They are not just going around Hungary’s border — they are attempting to go underneath it, with authorities discovering several tunnels.

When Hungary’s southern border fence was first completed in 2015, it was hailed for having reduced illegal crossings to pre-migrant crisis levels. This was no mean feat — in the space of less than one month, the number of illegals fell from up to 10,000 a day to just a dozen a day. 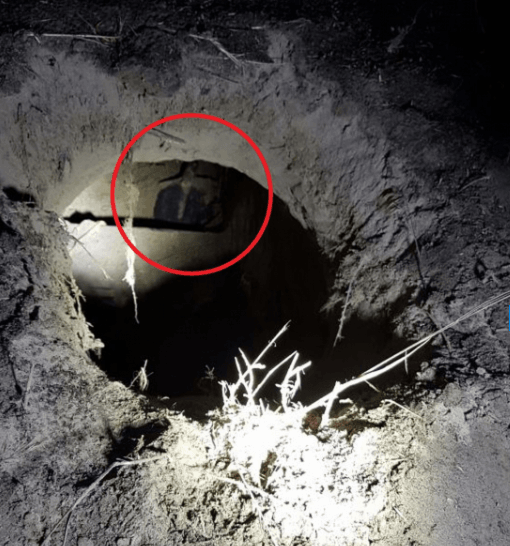 But the migrants travelling to Europe’s high-welfare, lax-border control states in the north remain determined and — perhaps even more importantly — so do the people smugglers, who make fortunes trading in human misery. Using tactics best known on the U.S.-Mexico border, or at Israel’s border, migrants are now attempting to tunnel under Hungary’s frontier and avoid the attention of police.

Several such tunnels have now been found this year, with the frequency of discoveries rising with time. Earlier this month it was revealed in Budapest freesheet Pesti Hirlap that some 18,000 illegals had tried to cross the Hungarian frontier this year so far. Hungarian authorities had arrested over 200 traffickers — the largest number since 2015, the year the fence was built.

Last week, another one of these tunnels was discovered. Rajmund Fekete, department head at the Cabinet Office of Prime Minister Viktor Orbán, relayed how the situation on the ground had panned out in exclusive comments to Breitbart London. He said:

…at 2305hrs, on August 13th, twenty-five illegal migrants were arrested by the [Hungarian] police. A few kilometres from the scene of their arrest, during the subsequent dawn investigation of the surrounding [border] area, police also discovered an opening [in the ground].

The tunnel had been excavated from Serbian territory, transecting the [international] frontier, travelling thereby underneath [Hungary’s] interim security border fence. The diameter of the exit passage on the Hungarian side measures some 50 centimetres, the vertical depth of the excavation was 1.3 metres [below the surface of the border].

This is far from the first incident during which migrants have attempted through the use of tunnels [they have excavated] to cross illegally into [sovereign] Hungarian territory. 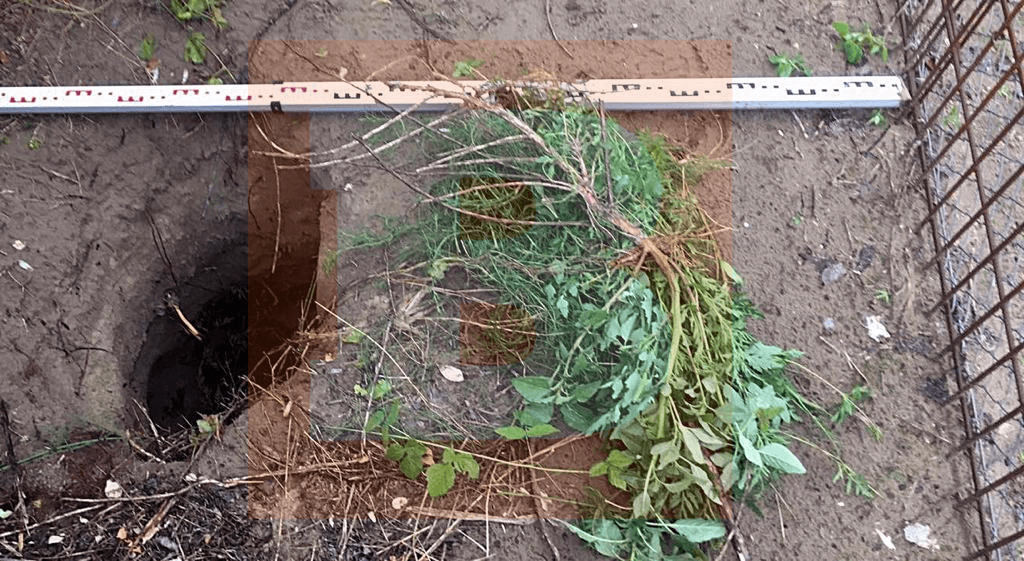 Photograph taken by Hungarian border guards in August of a border tunnel with attempted camouflaging vegetation cleared away, and a surveyor’s pole provided for scale / Hungarian Government Photo provided to Breitbart London

Speaking at the time of the arrests, Prime Minister Orbán’s chief security advisor Dr György Bakondi — the retired senior border guard officer who was responsible for implementing the border fence in 2015 — said the emergence of the tunnel tactics was akin to those seen at “U.S.-Mexican, Greek-Turkish, and Bulgarian-Turkish borders”. Dr Bakondi said: “The Hungarian authorities make every effort around the clock to detect and to apprehend illegal migrants in the vicinity of the border.” He added that the government was alert to the risk of migrants potentially spreading coronavirus.

When Bakondi launched the border fence in 2015, he said Hungary’s border protection benefitted from a “triple defence” — not only was there a fence and men to defend it, but they were also backed up by law allowing the space to be governed effectively. This, it appears, remains the case today. Indeed, Hungary’s own police frequently boast of illegals being sent back south after being captured by officers.

The situation where Hungary is able to return illegals over their border stands in sharp contrast with the condition now developing in the English Channel, for instance. Not only does the British government do nothing to discourage illegal migrants from making the dangerous journey, but it has also been alleged to take an active role in facilitating the travel, and does not return migrants once they reach the UK.

The Hungarian government is, however, taking further steps to deter tunnel digging. In early August, it was reported the border force was extending the fence underground with a “net”, which would make digging underneath more difficult, along with drones and other unspecified “technical devices” to detect underground activity. These precautions may be needed more than ever as rising numbers of migrants gather in south-eastern Europe, again heading north.

As reported in Hungarian media this week, over 7,000 migrants are now camped out on the Bosnian-Croatian border, hoping to head north — possibly through Hungary and beyond. Already, some 250 migrants have gathered near the Hungarian border, reports Hirado.

In all, tens of thousands of people are said to be on the move through the Balkan region. In February — before the coronavirus lockdowns that saw many migrants prevented from travelling — the Bosnian government warned that 100,000 migrants were heading for northern Europe. Calling for reinforcements, Bosnian security minister Fahrudin Radoncic said at the time: “Our border is very permeable. We don’t have enough [guards] or material resources… We are missing at least 1,200 border guards. In practice, it currently looks like a police officer has to monitor 25 kilometres of the border. That is impossible!”

Budapest radio reported on Tuesday that Hungary’s Orbán had dispatched police experienced with migration and border control to Bosnia to offer advisory support.