A migrant camp in Calais, France in which 700 to 800 migrants were squatting was dismantled by French police on Tuesday, in what is being characterized as the largest operation since the destruction of the notorious Calais “Jungle” in 2016.

The French port city still acts as a magnet for migrants from the Middle East and Africa who hope to illegally cross the English Channel and reach the United Kingdom where — despite travelling from a safe first world country in France — they are often afforded the ability to claim asylum status.

While the migrants wait for people smuggling gangs to provide them passage across the Channel — in vessels ranging from surfboards and kayaks to ‘gold package’ rubber dinghies — migrants often establish makeshift camps in French cities such as Calais.

The police raid on the latest encampment saw over 200 people removed in the first two hours of the operation, 21 of whom where arrested. 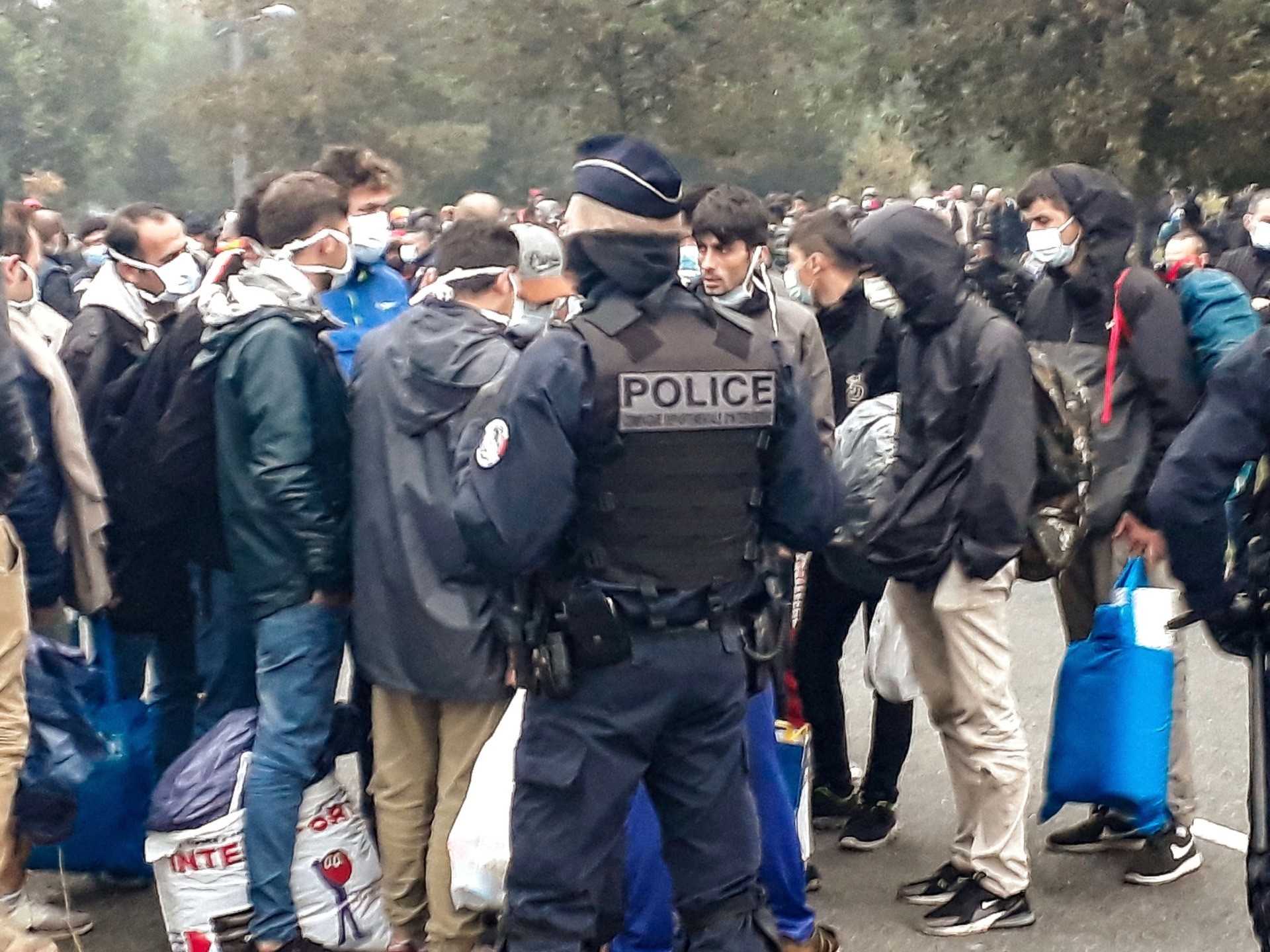 French police evacuate some 800 migrants after they dismantled their camp located near the hospital in Calais, northern France, on September 29, 2020. (Photo by Bernard BARRON / AFP) (Photo by BERNARD BARRON/AFP via Getty Images)

Louis Le Franc, the top official for the northern Pas-de-Calais department, told Agence France-Presse that the government wants to “avoid a concentration and a new gathering point in Calais”.

Le Franc said that the operation was the biggest of its kind since the dismantling of the infamous Calais “Jungle” camp, which saw the removal of some 9,000 migrants between 2015 and 2016.

“In my view, this is above all an operation to give people a safe haven. The migrants are living in this forested area in extremely difficult conditions,” Le Franc said, adding: “It was important to get the migrants out before… the winter period.”

The migrants that were cleared on Tuesday were reportedly overwhelmingly male and hailing from countries such as Somalia, Sudan, Iran, Iraq, and Eritrea.

Of the approximately 700 migrants who were removed on Tuesday, 150 will be brought to a migrant reception centre, 150 brought to other departments in Northern France, and the additional 500 will be spread throughout the other regions of France.

The French government claim that there are currently 1,000 migrants living in the Calais area, however, local migrant support groups suggest that the number is probably closer to 1,500.

Since the beginning of the year, the French government has stopped 1,317 migrants from crossing the English Channel. During the same time period, however, nearly 7,000 migrants have been recorded to have reached British shores, with many more going undetected.

In August, the first recorded death in the English Channel, with media reports falsely claiming that the drowned migrant was a teenager. It was later revealed that Abdulfatah Hamdallah, the Sudanese man who was a resident of the Calais migrant camp, was in fact a 28-year-old whose asylum claim was rejected by France.

The previous incarnation of the Calais Jungle camp — which was at one point home to approximately 10,000 migrants — was riddled with violence and crime, forcing police to classify areas of Calais  “no go zones” after dark.

In October of 2016, a female reporter was robbed and raped at knifepoint by three migrants from the camps. The reporter was working as a translator for a documentary focusing on the widespread child abuse in the camp.

Drivers trying to enter the area were repeatedly attacked by migrants wielding knives and bats, and even some instances of chainsaws.

Following the destruction of the first Calais camp, Britain has sent over £100 million to France to fund projects aimed at slowing the waves of migrants, including the installation of fences, the construction of a wall near the port to prevent migrants from hopping on lorries bound for the UK, and CCTV security cameras.

Despite this, the migrant crisis has only widened, with more migrants crossing the Channel in September than in the entire year of 2019.

The French government has been so far unwilling to agree to any deal with the United Kingdom that would see illegal migrants immediately returned to France,

The French have also demanded that Britain send more cash in exchange for shutting down the illegal migrant routes, requesting a further £30 million in payoffs.