The victims of two Islamist terror attacks on British soil have been remembered on Saturday, May 22nd.

On this day in 2013, Islamist terrorists Michael Adebolajo and Michael Adebowale mowed down Fusilier Lee Rigby, a machine gunner and army drummer, as the 26-year-old walked to his barracks in Woolwich, London.

Adebolajo and Adebowale then got out of their car and murdered Rigby in an attempt to behead him on the street.

A tweet from the Lee Rigby Foundation, a charity set up to provide bereavement support for military families, on Saturday read: “Today is a day we all dread as a family.

“Exactly 8 years since Lee was murdered. The more time passes, the more we miss him because it’s been so long since we last heard his laughter, saw his smiling face or felt his arms wrapped around us.”

Today is a day we all dread as a family.
Exactly 8 years since Lee was murdered. The more time passes, the more we miss him because it's been so long since we last heard his laughter, saw his smiling face or felt his arms wrapped around us… pic.twitter.com/kfikwpNfCM

The charity also remembered the victims of the Manchester Arena bombing, which occurred on the same day four years later.

“We would also like to send our heartfelt sympathy to everyone who lost loved ones at the Manchester Arena. Its [sic] a day none of us want to remember but our thoughts are with you all. Here’s to Lee and all the victims of this terrible anniversary. May they all Rest In Peace,” they said. 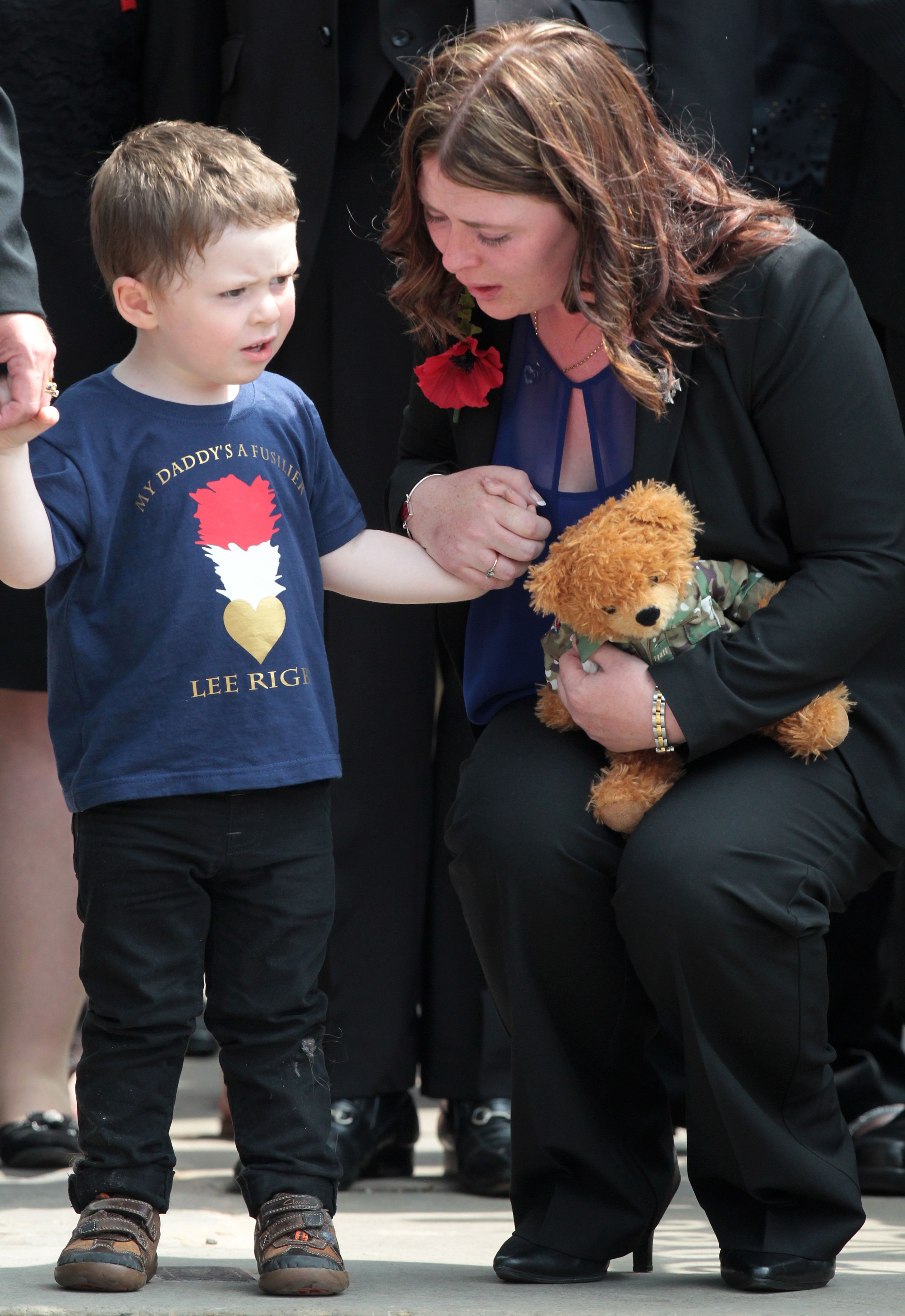 Rebecca Metcalfe (R), wife of British soldier Lee Rigby, speaks with their son Jack as they watch his coffin being carried out of the Bury Parish Church by Royal Fusiliers following his funeral in Bury, northwest England, on July 12, 2013. Rigby, 25, of the Royal Regiment of Fusiliers, was hacked to death in broad daylight near his barracks in Woolwich, southeast London, on May 22 and two men have been charged with his murder. AFP PHOTO/LINDSEY PARNABY (Photo credit should read LINDSEY PARNABY/AFP via Getty Images)

On the night of May 22nd, 2017, the son of Libyan refugees Salman Abedi detonated a suicide bomb in the foyer of the Manchester Arena as the audience — comprised mostly of young women, girls, and families — exited the venue at the end of a concert by Ariana Grande.

The attack killed 22 victims as well as the 22-year-old Islamist. Six children were counted amongst the victims, with the youngest, Saffie-Rose Roussos, being just eight years old. 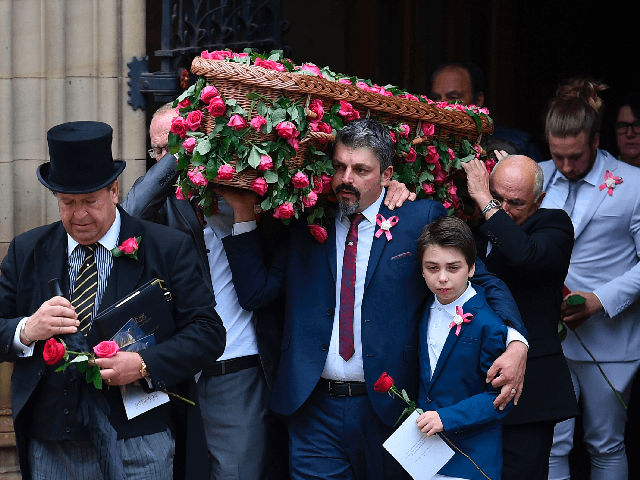 Pall bearers, including the father of Manchester Arena Bombing victim Saffie-Rose Roussos, Andrew (3L) and Saffie’s brother Alexander (4L), carry her coffin out of the church following Saffie’s funeral service at Manchester Cathedral in Manchester, northwest England, on July 26, 2017. Eight-year-old Saffie Roussos was one of 22 people, seven of them aged under 18, murdered in the terror attack as fans streamed out of Manchester Arena following an Ariana Grande pop concert on May 22, 2017. Roussos the youngest victim of the attack, from Leyland, Lancashire, was a huge fan of the US singer and got tickets for the event as a Christmas present from her parents. / AFP PHOTO / PAUL ELLIS (Photo credit should read PAUL ELLIS/AFP via Getty Images)

A service is being held at Manchester Cathedral, from where the church bells will toll at 10:31 pm, marking the moment of the terror attack.

Last year, Salman Abedi’s brother was sentenced to a minimum of 55 years in prison for his part in the mass murder. There is an ongoing public enquiry being held into the attack. 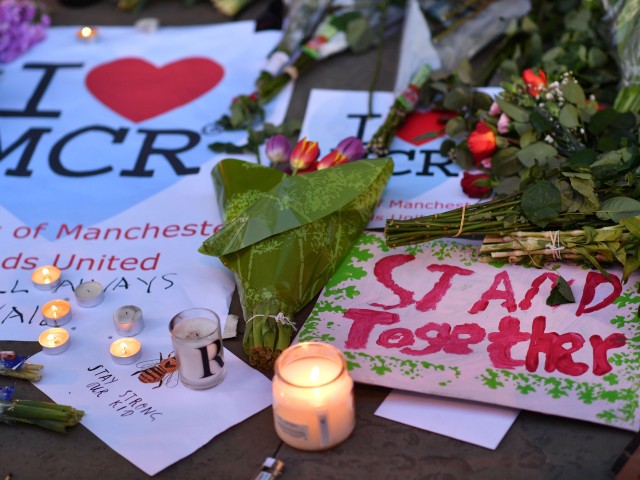 TOPSHOT – Messages and floral tributes are seen in Albert Square in Manchester, northwest England on May 23, 2017, in solidarity with those killed and injured in the May 22 terror attack at the Ariana Grande concert at the Manchester Arena. Twenty two people have been killed and dozens injured in Britain’s deadliest terror attack in over a decade after a suspected suicide bomber targeted fans leaving a concert of US singer Ariana Grande in Manchester. British police on Tuesday named the suspected attacker behind the Manchester concert bombing as Salman Abedi, but declined to give any further details. / AFP PHOTO / Ben STANSALL (Photo credit should read BEN STANSALL/AFP via Getty Images)