Supporters of Black Lives Matter activist Sasha Johnson blamed the media for her shooting during a vigil held outside of the hospital where she remains in critical condition.

A vigil held in the Ruskin Park bandstand in Lambeth, London on Monday afternoon — which was promoted by the official Black Lives Matter UK organisation — saw around one hundred well-wishers gather to support Sasha Johnson, the self-described “Black Panther of Oxford” who was shot in the head in the early hours of Sunday morning.

A recording of the vigil captured by an amateur livestreamer showed a speaker saying: “I want to say to some of the media here, you guys caused some of this shit.”

She went on to say: “If you are going to write any… if you don’t exalt her… If you say anything about my sister other than something positive, I don’t want you to say nothing but she was extraordinary.”

“For those of you who want to create a narrative that is not part of this story, we see you,” the speaker added.

The organisers then staged a Rastafarian-esque drum circle, with the burning of sage and chanting and well-wishers calling upon their “ancestors” to see Ms Johnson pull through and survive her injuries.

They went on to invoke the names of historical black activists and leaders including Rosa Parks, Malcolm X, Marcus Garvey, Shaka Zula, and Nelson Mandela. 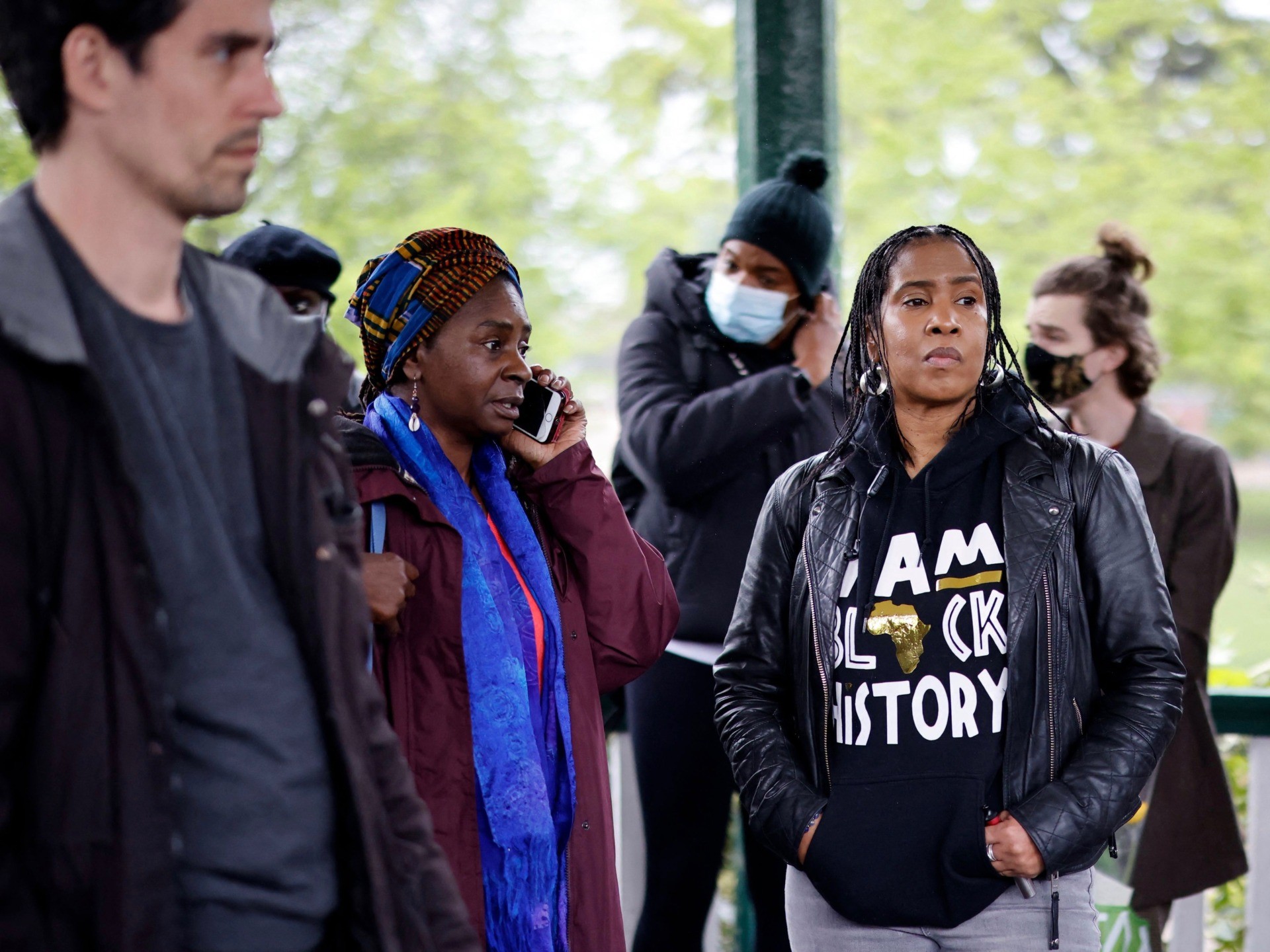 People attend a vigil for activist Sasha Johnson at the bandstand in Ruskin Park in London on May 24, 2021. – Black equal rights activist Sasha Johnson was on Monday in hospital after being caught up in gunfire when violence erupted at a party in south-east London, in the early hours of the morning on May 23. Police said there is no evidence that the 27-year-old campaigner was the intended target of the shooting. (Photo by Tolga Akmen / AFP) (Photo by TOLGA AKMEN/AFP via Getty Images)

Some on the far-left in Britain, including Labour MP Diane Abbott, have implied that the shooting of Ms Johsnon could have been politically motivated.

“Black activist #SashaJohnson in hospital in critical condition after sustaining a gunshot wound to the head,” Abbott wrote on social media, adding: “Nobody should have to potentially pay with their life because they stood up for racial justice” with the hashtag #BlackLivesMatter.

However, London’s Metropolitan Police have stated that currently there is no indication that the attack was targeted or the result of any alleged death threats made against the radical activist.

Indeed, another leading BLM activist in the UK, Imarn Ayton, said that she does not believe the shooting of Johnson was politically inspired.

“As far as we’re aware [Johnson] was at a party and there was a rival gang that may have heard about a person being there that they didn’t feel comfortable with, or trusted, so they resorted to driving past and shooting into a garden. And one of those shots obviously hit Sasha Johnson. But I don’t believe she was the intended target” Ayton said.

“This incident is more related to rival gangs than to her activism,” she added.

At the time of this reporting, the police have not confirmed a suspected motive or the identity of a shooter or shooters.