Britain’s Home Office has announced that this week is “Refugee Week” which aims to celebrate the “contributions, creativity and resilience of refugees and people seeking sanctuary”, while the migrant crisis continues to rage.

Rather than spending time to solve the migrant crisis in the English Channel, Home Secretary Priti Patel has launched a week of celebrations for refugees in the UK.

The Home Secretary said: “This week casts a spotlight on all those who have enriched our communities since arriving in the UK looking to rebuild their lives.

“Thanks to the generosity and support of the British people, thousands of refugees from every part of the world are here making enormous contributions to our society, culture, economy, and we are a better country for it.

“I am moved hearing about the incredible stories of those that have overcome hardship to not just live, but to thrive and call the UK their home.”

The #NewPlanForImmigration, which enters Parliament next month, will allow the UK to support those in genuine need of protection.

A fairer system that provides safe haven via safe and legal routes.#RefugeeWeek pic.twitter.com/1dFxJ6vFOx

The Home Office boasted that it has resettled more refugees than any other European country between 2015 and 2019, stating that over 25,000 people have been granted asylum in Britain since then.

The announcement also revealed that some 29,000 people were resettled in the UK during the same time period under the refugee family reunion scheme. 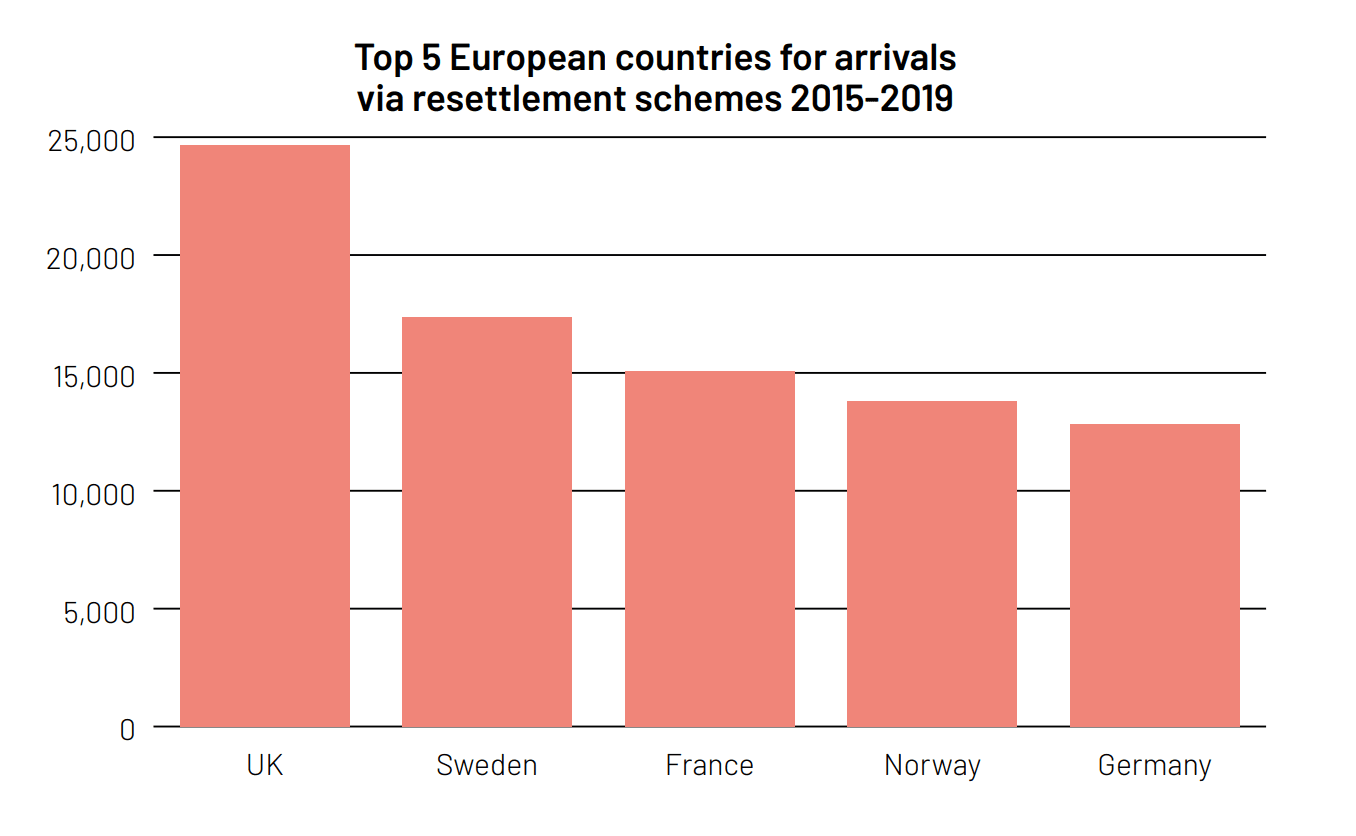 “Our new global UK Resettlement Scheme which is currently actively resettling refugees to the UK will continue to provide refuge to those in need who are fleeing persecution,” the Home Office said.

The government said that it will look to ensure that more refugees are settled in the UK through community sponsorship and vowed to speed up the refugee process for those deemed to be at “urgent risk”.

The Immigration Compliance and Justice Minister, Chris Philp, who has been tasked with the Channel boat migrant crisis, said that the updated refugee scheme alongside the New Plan for Immigration will break the incentives for migrants using people smugglers to enter into Britain. However, he did not expand on how exactly this will happen.

An overwhelming majority of Britons have backed the idea that illegal migrants should be barred from applying for asylum status, as the migrant crisis in the English Channel continues to rage. https://t.co/8xfFLPDxV6

So far this year, the Home Office has failed to prevent nearly 5,000 illegal migrants from crossing the English Channel in small boats from the beaches of France, with another 110 arriving on Monday, according to BBC reporter Simon Jones.

The British government has also failed to come to an agreement with France, or indeed any other European nation, on the return of failed asylum seekers.

The result has seen the Home Office unable to deport some 1,503 illegal migrants who claimed refugee status after passing through a safe third country since the UK officially left the European Union at the beginning of the year.

Despite leaving the European Union, the UK is still bound by the European human rights regime, under which migrants can also appeal their deportation on humanitarian grounds.

According to Home Office figures, British taxpayers are currently supporting some 61,241 asylum seekers in direct payments and other forms of welfare. At present, there are over 66,000 awaiting the result of their asylum claim to be decided upon.