“Within the lifetime of Prince George, much of Buckingham Palace could be underwater,” the Daily Mail reported Tuesday, citing a new climate change study.

Referencing the study, the Mail states that without “urgent and drastic action to lower carbon emissions,” some of the world’s most iconic landmarks could be underwater by 2050.

It is accompanied by alarming photographic simulations of predicted outcomes of rising sea levels generated by manmade climate change, depending on how much global temperatures are allowed to increase. 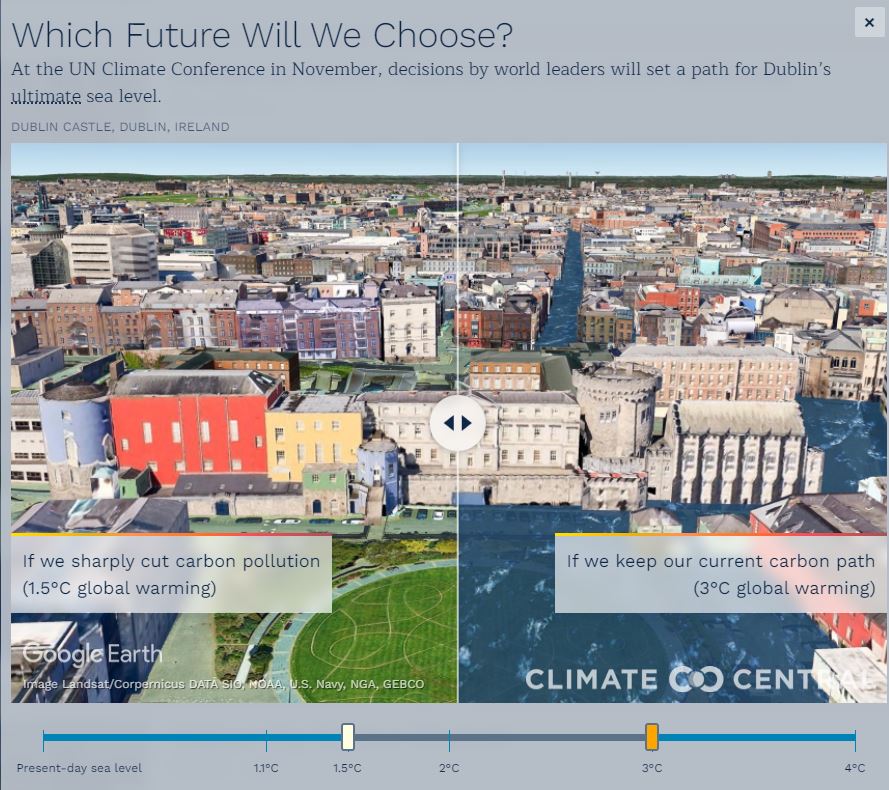 The images present simulations of the results of sea-level rise based on different levels of temperature increase between now and 2050, with striking differences between a 5.4F (3C) increase and a 2.7F (1.5C) increase over pre-industrial levels by mid-century.

The study was released at this time in an effort to influence the decisions at the upcoming COP26 UN Climate Change Conference to be held in Glasgow.

“World leaders have a fleeting opportunity to help or betray the future of humanity with their actions today on climate change,” declared Benjamin Strauss, lead author of the Climate Central study. “This research and the images created from it illustrate the enormous stakes behind the climate talks in Glasgow.”

“Robust and immediate measures for a clean, climate-safe world economy can help billions of people today, and preserve entire cities and nations for the future,” Strauss added. “Today’s choices will set our path.”

For his part, Anders Levermann, co-author of the study, said that sea-level rise “is threatening not just our heritage, but also our future.”

“The pollution choices that nations make in the years to come will determine how much of the cities in which we live today can be preserved, and where their next generations can safely live,” he said.

The Climate Central study and accompanying visual imagery could seem to some the very definition of climate change alarmism fed by an overactive imagination.

According to Climate Central, however, the study “illustrates the fleeting opportunity to limit coastal cities’ future losses to rising seas.”