50-year-old Darren Knowles rushed towards the cab at the centre of the maternity hospital blast right as a national two-minute silence had been due to take place in honour of the war dead for Remembrance Sunday, aiding driver David ‘Dave’ Perry after he stumbled from his shattered vehicle, reportedly locking the bomber inside to stop him getting at anyone else.

“David was just so disorientated and confused,” Knowles said of the incident in comments to the left-leaning Mirror.

“It all happened in a flash… I heard a loud bang and thought it was mechanical failure in the taxi. I thought the engine had caught fire,” Mr Knowles recounted.

“But then I saw the taxi driver run out. He was panicking and screaming, ‘Someone has blown me up’.”

“I grabbed him and tried to get him to safety as quickly as possible because I had a feeling something else was going to go off,” he continued.

“I did not think about myself I was thinking of getting the taxi driver to safety before anything else went up… I handed him over to a nurse. He went into the staff entrance and sat down there and that was the last I saw of him.”

“He was just in a state of shock. God bless the guy. I wish him a speedy recovery.”

The suspect in the attack has been named as Emad Al Swealmeen, a bogus asylum seeker who was at large in the United Kingdom despite having reportedly had asylum claims and subsequent appeals refused by officials, the First Tier Tribunal of the Immigration and Asylum Chamber, and the Upper Tribunal of the Immigration and Asylum Chamber no less than four times from late 2014 to 2015, and a fresh appeal refused in 2019.

While it has been said that the migrant, who initially claimed to be from Syria but was believed by the authorities to be Jordanian and is now reported to have been an Iraqi, was a convert the Christianity, sources speaking to The Telegraph now say he was at mosque “all day every day” during the Islamic festival of Ramadan.

Bogus conversions to Christianity are common among illegal migrants from Islamic countries, where apostasy — leaving Islam — is often punishable by death, throughout Europe, as it makes deporting them harder. 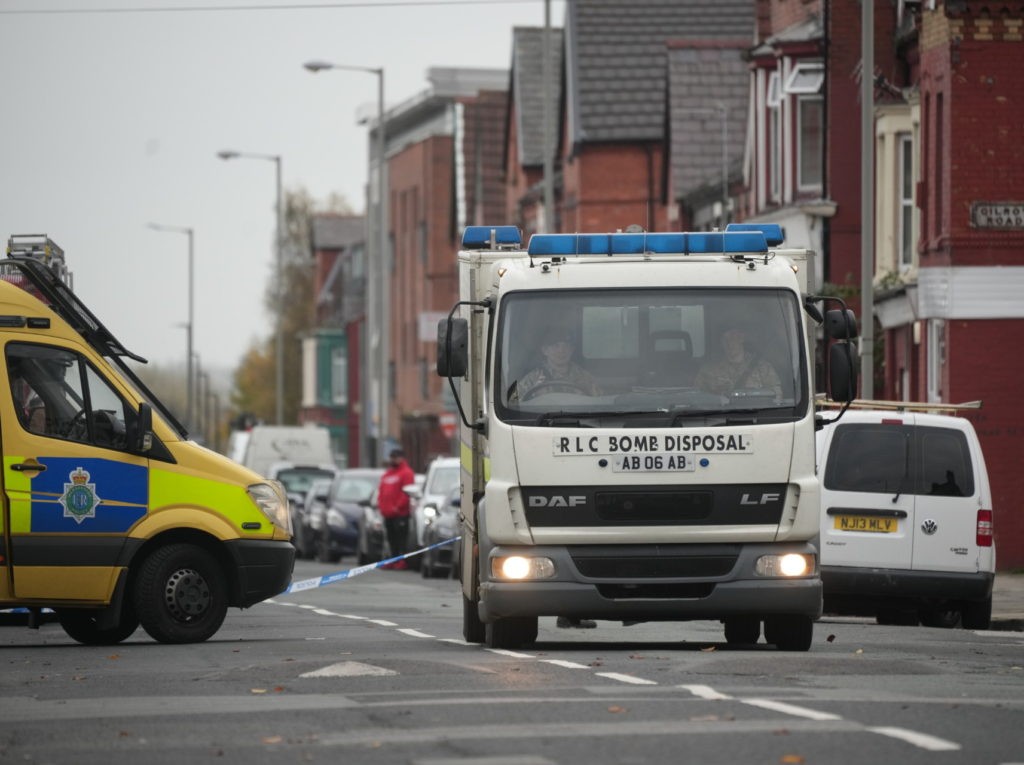 The Royal Logistic Corps, Bomb Disposal team arrive at Sutcliffe Street in the Kensington neighbourhood as police continue to investigate the bomb blast at Liverpool Women’s Hospital, on November 17th, 2021 in Liverpool, England. Authorities named the suspect in Sunday’s bombing as Emad Al Swealmeen, who detonated a homemade explosive while in the back of a taxi outside Liverpool Women’s Hospital. Mr Swealmeen died in the taxi, whose driver escaped with minor injuries. Four men arrested elsewhere in Liverpool following the blast were released without charge. (Photo by Christopher Furlong/Getty Images)