“Let us pray for peace in the world, and for an end to all conflicts, with a special thought for the terrible suffering of the dear and martyred people of Ukraine,” the pontiff told pilgrims and tourists gathered in the Vatican Wednesday for his weekly general audience.

“This Saturday is the anniversary of the terrible Holodomor genocide, the extermination by hunger in 1932-33 artificially caused by Stalin,” the pope continued. “Let us pray for the victims of this genocide and let us pray for all Ukrainians, the children, the women and the elderly, the babies who are today suffering the martyrdom of aggression.”

This Saturday will mark the 90th anniversary of the start of the famine, commemorated in Ukraine with a Day of Memory every year on the fourth Saturday of November. “Holodomor” is a term derived from the Ukrainian words for hunger (holod) and extermination (mor).

In 1953, Raphael Lemkin — the Polish international lawyer who coined the term “genocide” — gave a speech to the Ukrainian community of New York commemorating the 20th anniversary of the Holodomor. 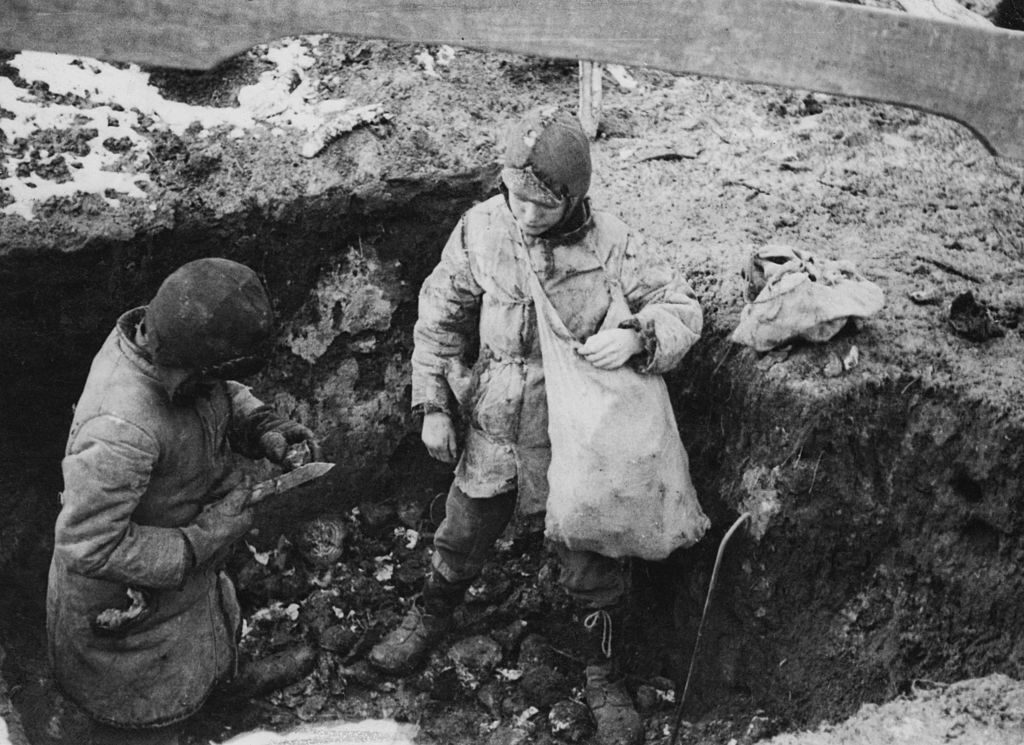 Two boys with a cache of potatoes they have found during the man-made Holodomor famine in the Ukraine, former Soviet Union, Spring 1934. The food had been hidden by an elderly woman, who was raided by the GPU (secret police) and deported to Siberia for hoarding food. The food found by the boys had been overlooked by the GPU agents. (Daily Express/Hulton Archive/Getty Images)

In that speech, Lemkin addressed what he called “the classic example of Soviet genocide, its longest and broadest experiment in Russification – the destruction of the Ukrainian nation.”

“As long as Ukraine retains its national unity, as long as its people continue to think of themselves as Ukrainians and to seek independence, so long Ukraine poses a serious threat to the very heart of Sovietism,” he stated.

It was understandable that the Soviet plan would target the farmers, Lemkin said, “the large mass of independent peasants who are the repository of the tradition, folklore and music, the national language and literature, the national spirit, of Ukraine.”

In his remarks Wednesday, Pope Francis echoed similar statements made last March by Ukrainian Major Archbishop Sviatoslav Shevchuk, the leader of Ukraine’s Greek Catholic community, in which he compared the actions of Russian President Vladimir Putin to those of Joseph Stalin. 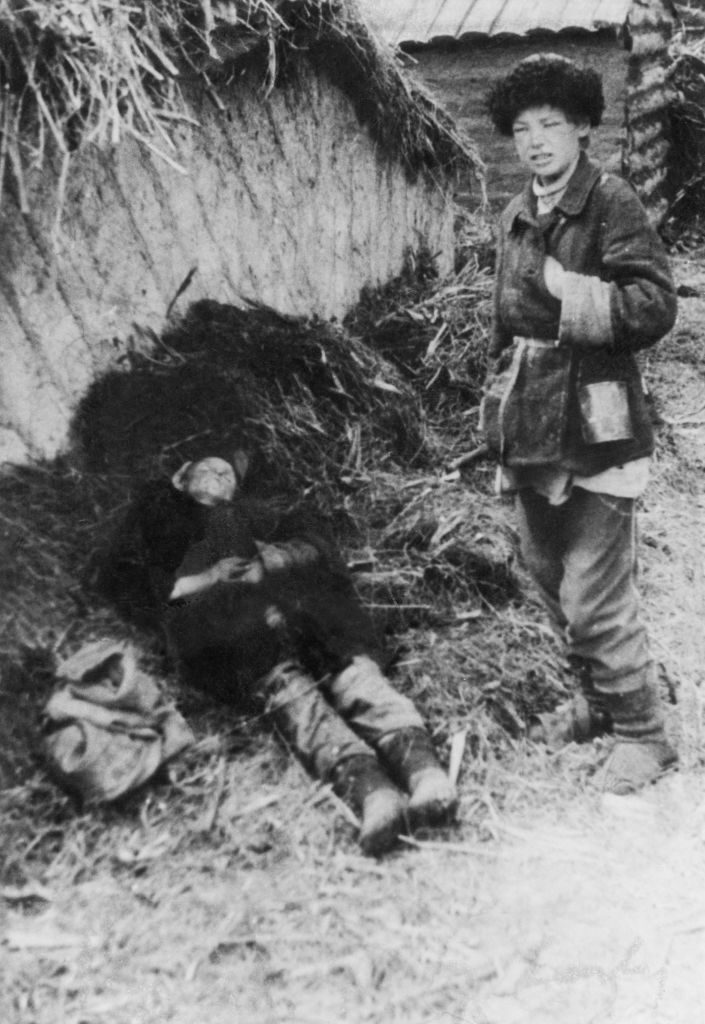 A boy next to the body of his father after the man was shot for approaching a prohibited area of a farm while picking grain during the man-made Holodomor famine in the Ukraine, Belgorod, former Soviet Union, 1934. (Daily Express/Hulton Archive/Getty Images)

“Various voices full of weeping and despair appeal to me, in particular, from those who are forcibly deported from Ukrainian soil,” Archbishop Shevchuk said.

“We see that just as entire nations were deported from their lands under Stalin, the same is being repeated today on Ukrainian soil.”

Moreover, since no humanitarian aid could be delivered for many days, “many people in the surrounding towns and villages had nothing to eat. They starved to death, not just from bullets from the invader.” 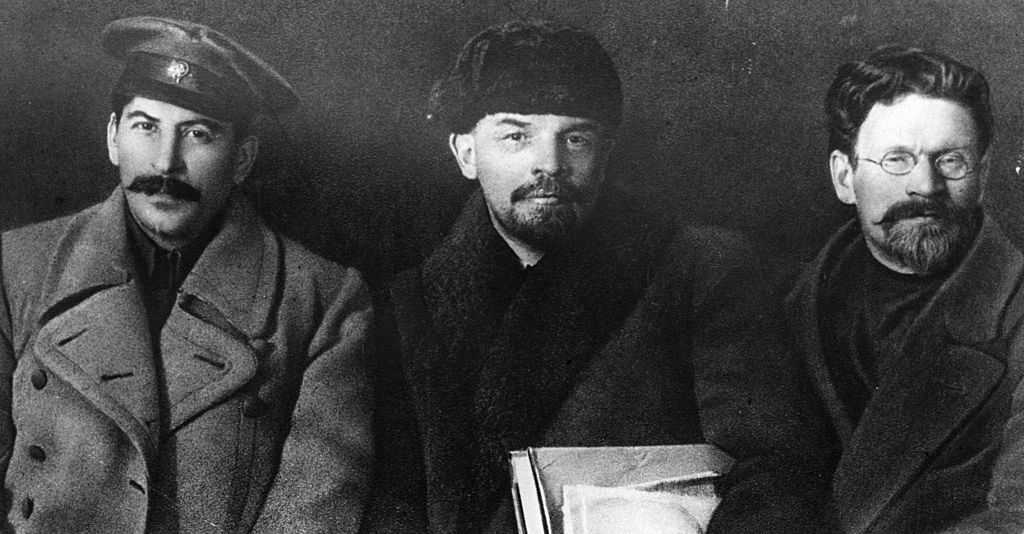 Last week, Shevchuk declared that “Putin’s latest strategy is to bomb power stations in Ukraine to bring the nation to its knees with winter just around the corner.”

Russia released a “shower of missiles over the whole country” which left half of Kyiv “without electricity,” he stated. “It is a war crime, an immoral behavior intended to cause a new humanitarian crisis.”