Snowden, 39, has been a permanent resident of Russia since 2020 and has reportedly been seeking full citizenship for some time. The U.S. government wants Snowden to return to America to face espionage charges.

Putin granted Snowden citizenship in a decree that listed over 70 other foreign-born persons. The decree included no special commentary about Snowden’s case.

Reuters noted some characteristically bleak humor on Russian social media in response to the citizenship news, wondering if Putin would conscript Snowden and ship him off to combat in Ukraine. Snowden’s Russian lawyer Anatoly Kucherena actually responded to the joke and said Snowden would not be conscripted because he has no previous experience serving in the Russian military and the mobilization order is currently limited to veterans. 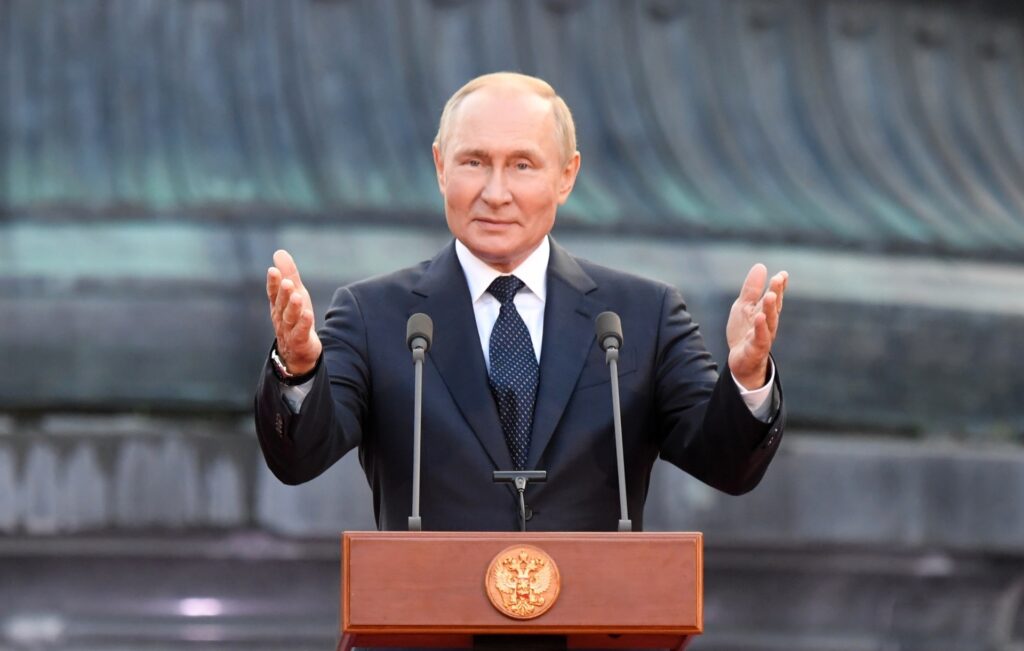 Kucherena also stated that Snowden’s wife Lindsay Mills would also apply for Russian citizenship. The couple has a son, born in 2020.

The greatest gift is the love we share. @lsjourneys https://t.co/eTjj5TDDDG

Kucherena said at the time the child would have Russian citizenship, while Snowden said he and Mills desired dual American-Russian citizenship. Russia began granting citizenship without requiring applicants to renounce other nationalities in 2020.

Opinions of Snowden vary widely between “whistleblower” and “traitor,” including sharp differences of opinion within the same U.S. party, and even the same administration. Former President Barack Obama, for example, delicately but publicly disagreed when his Attorney General Eric Holder hailed Snowden as a whistleblower who performed a “public service” by revealing the extent of U.S. government surveillance. Obama thought the charges against Snowden were “serious” and his leaks put American lives in danger.

In December 2020, Sen. Rand Paul (R-KY) likewise credited Snowden with “revealing the unconstitutional spying that was going on, even beyond what was envisioned from the Patriot Act” and asked then-President Donald Trump to pardon him.

“Snowden should be pardoned, and this president, who distinguished himself as an opponent of the Deep State on issues of war and spying on Americans, should be the one to do it,” Paul declared.

“Snowden has American blood on his hands and should be prosecuted to the fullest extent of the law,” shot back Sen. Lindsey Graham (R-SC). “Snowden betrayed his country, sought shelter in Putin’s Russia, and put American lives at risk — as well as those who risked their lives to help us in foreign lands.”

Trump, who at one point referred to Snowden as a “spy who should be executed,” said he considered granting a pardon but did not issue one before leaving office. Snowden was, to put it mildly, not grateful for President Trump’s consideration.

I am not at all disappointed to go unpardoned by a man who has never known a love he had not paid for. But what supporters of his remain must never forgive that this simpering creature failed to pardon truth-tellers in far more desperate circumstances:https://t.co/luyYyBViYE

For his part, Putin asserted in a 2017 interview with movie director Oliver Stone that Snowden did nothing wrong.

“Snowden is not a traitor. He did not betray the interests of his country. Nor did he transfer any information to any other country which would have been pernicious to his own country or to his own people. The only thing Snowden does, he does publicly,” Putin said.

Snowden’s associates claim Russia’s FSB security service, the successor agency to the infamous KGB, tried to recruit him as an agent when he arrived in Russia in 2013, but he turned them down.

The Associated Press noted that for all of Snowden’s claims of being an international champion of peace and individual privacy, he has yet to criticize Russia’s brutal attack on Ukraine. He also had no immediate comment Monday on Putin’s grant of Russian citizenship.