CARACAS — The socialist regime of Venezuela recently imposed a new tax on all foreign currency payments to civilians and companies. Now that the country is being held together by the once illegal and demonized U.S. dollar, the regime wants their fat slice of everyone’s money.

Lack of clear information and improvisation, often characteristic of the Venezuelan regime, have Venezuelans in uncertainty amidst the impending arrival of this new tax reform. While the initial tax has been estimated to be set at a three-percent value, the law reform has given the regime the ability to change these values in a range that goes from two percent to all the way up to 20 percent. This upcoming tax is separate from the country’s 16-percent Value Added Tax.

“The reform that was made in the National Assembly is to charge more to those who have more, to the millionaires. They have enough, they have money,” said socialist dictator Nicolás Maduro. While his words were very much in line with the “tax the rich” slogans often espoused by leftists, the reality is that this new tax forces everyone to pay for it, thereby affecting every Venezuelan citizen alike. 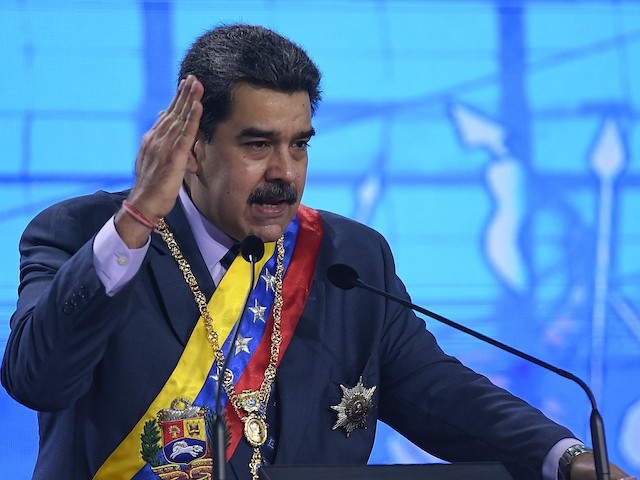 Venezuelan dictator Nicolás Maduro speaks during a ceremony marking the start of the judicial year at the Supreme Court in Caracas, Venezuela, January 22, 2021. (AP Photo/Matias Delacroix)

Up until 2018, it was illegal for Venezuelans to hold and trade foreign currencies, so the original version of the tax, introduced in 2016, only affected transactions done with the country’s currency, the Venezuelan bolivar. The easing and decriminalization of trading and holding foreign cash that began in 2018 gave forth to a de-facto dollarization of the country which alleviated and slightly improved the living conditions of Venezuelans after years of shortages and hyperinflation.

Since then, the U.S. dollar, once an illegal currency secretly hidden in plain sight, has become the main currency holding the country together. By 2021, 67 percent of all of Venezuela’s goods and services transactions were paid using foreign currencies instead of Venezuelan bolivars. The “Digital” bolivar, the newest reboot of the Venezuelan legal tender, is still mainly used for the payment of public utilities and minor purchases.

In spite of the pseudo-dollarization of the Venezuelan economy, 76 percent of the country lives in extreme poverty. When measured at an income level, 96 percent live in poverty. It is estimated that approximately 5.9 million Venezuelans have already fled the country as of October 2021. 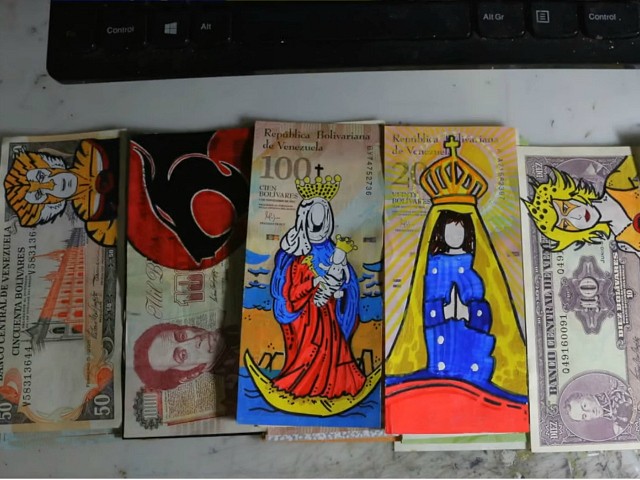 The country’s hyperinflation spiral, which reached records of upwards to 1,400,000 percent in 2018, slowed down to a relatively more bearable 686 percent in 2021. Yet, inflation still continues to be an unbeatable foe for the country’s citizens.

Those that can still survive and relatively make it through this post-collapse phase of socialist Venezuela, including yours truly, are only capable of doing so because of foreign currency – be it by remittances or as remuneration from working in either the private sector or foreign companies.

The easing of the country’s currency control laws has made it so that most prices in stores are now expressed and calculated in US. dollars, but that has not stopped inflation from continuing to lay waste to Venezuelan pockets. The cost of goods and services in U.S. dollars rose by 90 percent between September 2020 and September 2021 and the cost of the Venezuelan market basket rose up by 75 percent between January 2020 and January 2022.

In the socialist regime’s own words, the tax on foreign currency seeks to improve wages in the public sector. While Maduro “thanked God” for the dollarization of Venezuela, the socialist regime uses the bolivar for the payment of public sector wages. Excluding special bonuses, the current minimum wage in Venezuela is 7.00 bolivars per month — roughly $1.50 when converted through the Venezuelan Central Bank’s official exchange rate. Private sector wages in Venezuela have seen some significant improvement, but the average is still estimated to be around $89 per month.

The country’s social security pensions for the elderly are also pegged to the country’s minimum wage rates. For March of 2022, the Venezuelan elderly will be receiving a pension worth 7.00 Bolivars ($1.50).

By taxing foreign currency, the regime seeks to incentivize and revive the use of the country’s legal tender, the Venezuelan bolivar, a currency that under the socialist regime’s rule has had three different reboots and a whopping fourteen zeroes slashed on its currency scale.

Cryptocurrencies are also subject to tax under this new law reform. Controversial and polarizing as they may be, these digital assets have also stepped up to be a lifebuoy in a country that has had its national currency destroyed by the utter mismanagement of its authoritarian socialist regime. Only the Petro, the regime’s scam cryptocurrency, is exempt from these taxes. 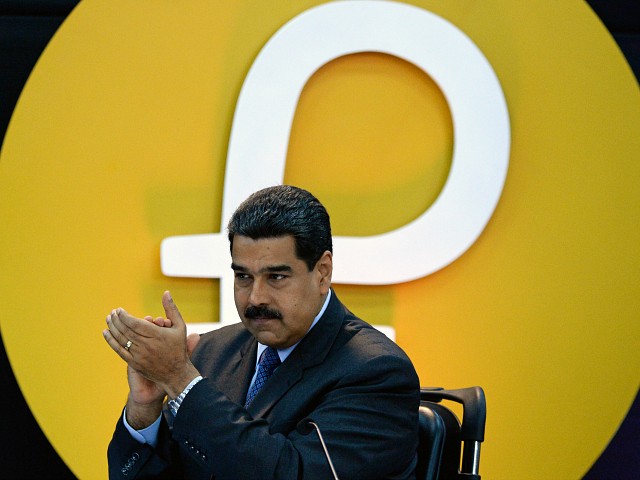 Venezuela’s President Nicolas Maduro gestures during a press conference to launch to the market a new oil-backed cryptocurrency called ‘Petro’, at the Miraflores Presidential Palace in Caracas, on February 20, 2018. (FEDERICO PARRA/AFP/Getty Images)

This upcoming tax places Venezuelans, who already struggle enough as it is, between a rock and a hard place: Either see their foreign currency purchase power diminished by the new tax reform, or force themselves to exchange them to bolivars, a currency that Venezuelans no longer have any trust in given its proclivity to rapidly lose value.

Whether you believe the regime’s narrative with this new tax, or if you believe that the money will instead be used for other purposes, is something not even Venezuelans can ever be certain of, as fiscal transparency is among the list of things you will not find in this country. The socialist regime of Venezuela breaks its own laws by having not published the country’s tax figures since 2009, nor has it published the country’s public budget since 2016.

The reform to the Great Financial Transaction law is set to come into force on March 1, 2022.