CARACAS – The socialist government of Venezuela announced the “Digital Bolivar,” a new iteration of Venezuela’s obliterated currency that will begin circulating on October 1, 2021.

This is the socialist regime’s third attempt at relaunching Venezuela’s currency so as to facilitate local currency transactions in a country now being held together by the once demonized U.S. dollar and cryptocurrencies.

That means that come October 1, one of these new “digital” bolivars will be worth 100,000,000,000,000 of the bolivars that existed before Hugo Chávez rose to power in 1999. Despite carrying the “digital” adjective, this new version of the Venezuelan currency will come with a new series of physical banknotes – with the largest denomination, the Bs. 100 banknote, being roughly worth $24.18 at the time of writing this article.

Flaunted as a move towards a digital economy, in practice, Venezuela’s socialist collapse has forced citizens to adopt a digital and mostly cashless way of handling bolivars. The rampant hyperinflation wrought by years and years of the socialist mismanagement of Venezuela’s economy, coupled with the currency’s rapid loss of value, makes it so that you are forced to ditch your bolivars as soon as possible.

Removing zeroes and resetting the currency is ultimately a futile measure akin to treating the symptoms (hyperinflation) but not the disease (the socialist regime); you can unclog a pipe all you want, but if you keep dumping oil into it, it will clog again.

It’s only a matter of time before having to slash more zeroes due to hyperinflation becomes a necessity. When it was done the first time in 2008, it took ten years for it to become required again — now, it only took three years. 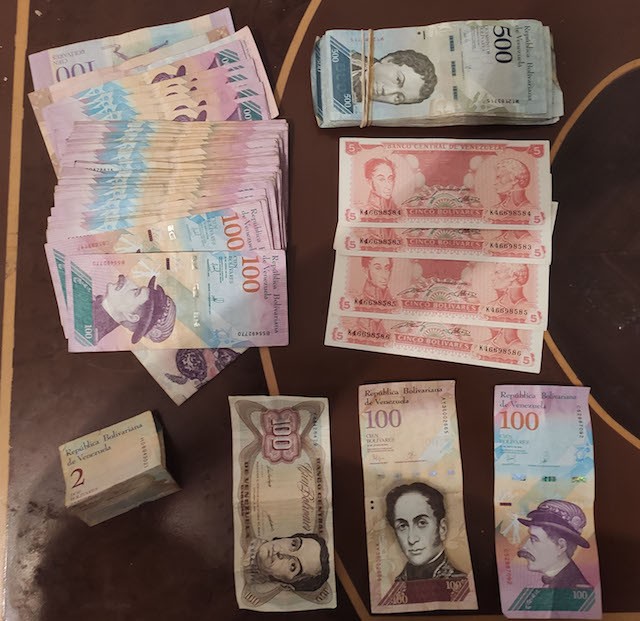 Multiple iterations of the socialist bolívar currency – “bolívar soberano” as well as the 2008-2018 “bolívar fuerte” and money from before the Revolution (the Bs. 5 bills are from 1989 and the bottom left Bs. 100 note was printed in 1998). The pre-Revolution money and “bolívar fuerte” are no longer legal tender in Venezuela. (Christian K. Caruzo/Breitbart News)

Futile as it may be, it is a necessary measure, as usage of Venezuela’s hyperinflated currency has become a nightmare. It is now common practice to just cut the zeroes out during conversations, as it allows for easier communication between customers and salesmen. I often have to spend over 100,000,000 bolivars on basic staple items such as bread, cheese, and eggs. Having to deal with high amounts on a daily basis becomes troublesome for a person’s day-to-day transactions — and it makes the acts of bookkeeping, managing payrolls, and bank operations much more cumbersome. 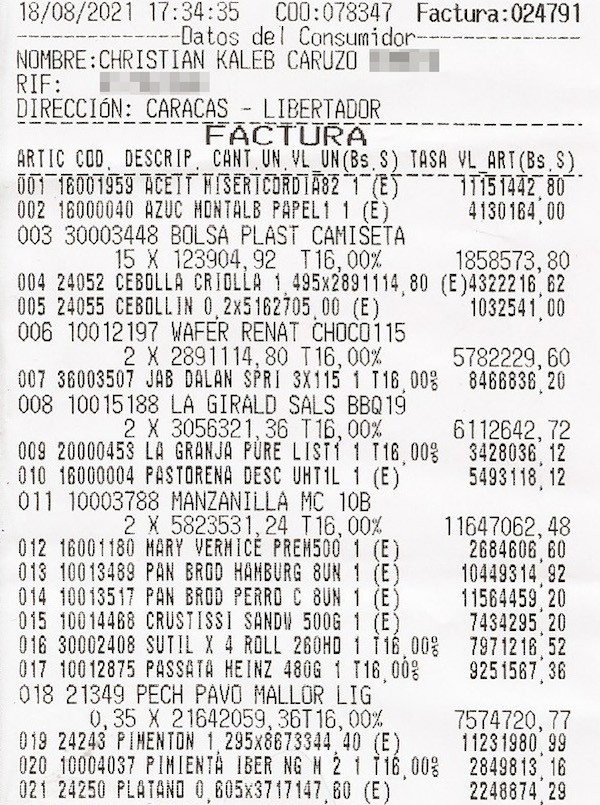 This is the 21st century, and in the 21st century the metaphorical money wheelbarrows once seen in the Weimar Republic are now replaced by wire transfers and worn-out debit cards that are often hard to replace. Banking institutions have also come up with their own interconnected smartphone applications that allow customers to easily send and receive bolivars to others regardless of the banks involved. That is how I was able to pay 123,950,000.00 for my brother’s birthday pizzas.

In a crime-riddled country, you best take care of your smartphone and hope you don’t get it robbed, as smartphones have become ever so mandatory to be able to pay for even the simplest of groceries should you not have access to a debit card or foreign cash.

Dictator Nicolás Maduro appears to have planned the rollout of an entirely new currency without addressing the fact that Venezuela barely has functional ATMs. Estimates suggest that only as many as five percent of Venezuela’s ATMs remain operational — that’s 288 machines left in Venezuela’s 23 states for its population of over 30 million. Venezuelan banking institutions could no longer upkeep the maintenance and repair costs of these machines, let alone justify such costs to distribute a worthless currency. 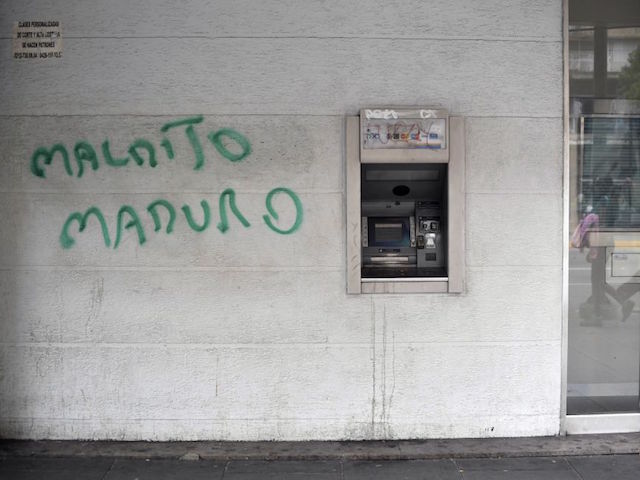 View of a graffiti reading “damned Maduro” next to an out-of-service ATM in Caracas, Venezuela on January 3, 2018. (YURI CORTEZ/AFP via Getty Images)

The U.S dollar has essentially supplanted the Venezuelan bolivar for all day-to-day cash transactions, with 65 percent of transactions now being done in foreing currency. Prices are now being expressed in foreign currency references, as it is much simpler to sell a product with a U.S. dollar price tag – such as $5.00, for example – than to express its price in Venezuelan Bolivars — 20,680,332.00 — a conversion that may not even be up to date by the time you read this, as the value of the Venezuelan bolivar can drastically fluctuate within a manner of hours. American digital payment processors, such as Zelle and PayPal, now serve as the foreign currency digital counterpart of the local Venezuelan bolivar payment apps while also serving to send remittances to Venezuelan citizens from abroad while bypassing the need for obtaining bolivars in the first place.

Cryptocurrencies have also come to serve as a life-saving measure against socialist hyperinflation, albeit at a significantly lower rate. The Petro, the socialist regime’s scam cryptocurrency, is nowhere to be seen these days.

As it stands, the Venezuelan bolivar, in whichever iteration, remains only as a formality for the payment of public transportation and utilities, and for the regime to pay its misery wages to public sector employees, as well as the randomly assigned stipends distributed by the Chinese-built Fatherland System.

I’ve gone through so many iterations of the bolivar in my life, and each iteration has had its own different subsets of banknote series issued as a necessity against inflation, the majority of which have been released during the past 22 years of socialist Revolution.

At the end of it all, and much like its predecessors, there will come a day that these new “digital bolivars” banknotes will only see value as a collectors’ item among numismatic enthusiasts, and it’ll join the ranks of so many failed and incomplete economic, social, and cultural projects once highly promised by the socialist Revolution.