SAN DIEGO — Hundreds of protesters gathered outside a Donald Trump rally on Friday, chanting “f**k Donald Trump” and holding obscene signs — including one that included a death threat against Trump should he win the presidency in November.

The young protester held up a sign that read: “If TRUMP wins He’ll be DEAD with in A week The Cartel wont have his Bullsh*t.”

At one point, while music played, the crowd began chanting the Spanish obscenity, “puto,” together with “Donald Trump.” 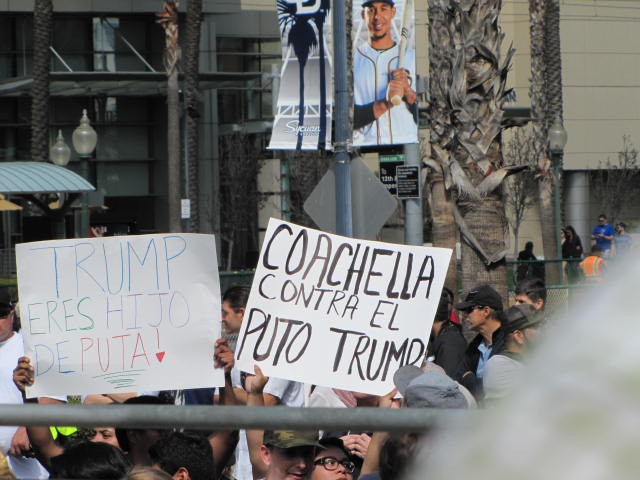 Mexican flags waved as the crowd flooded the street in front of the San Diego Convention Center, where Trump was speaking.

At one point bottles were thrown at police, and in the course of the protests, several people were detained. Several piñatas depicted Trump, including one whose head had been severed in the street, with the rest just a crumpled bit of papier-mâché. 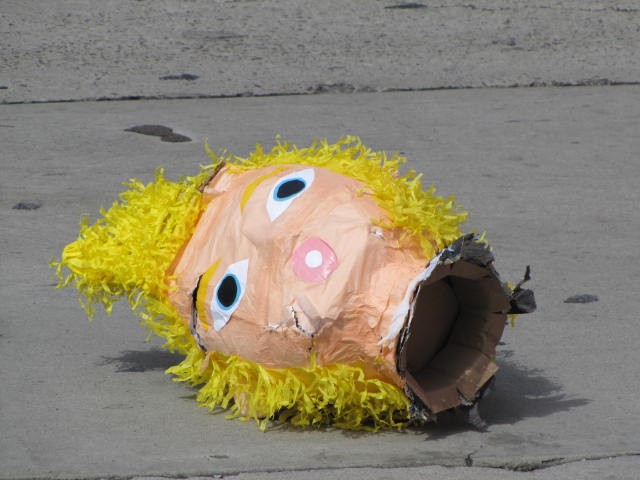 One protester wearing a Donald Trump wig also wore lipstick and danced around to the rap song “F**k Donald Trump” while holding dollar bills, brandishing his middle fingers, and appearing to occasionally grab his crotch.

For the most part, protesters’ signs did little more than insult Trump over his looks, compare him to Adolf Hitler, and call him as stupid bigoted.

Nearing the end of the rally, three young people came out of the building, announcing that they had been kicked out. One of them identified the group as supporters of Democratic presidential candidate Bernie Sanders. 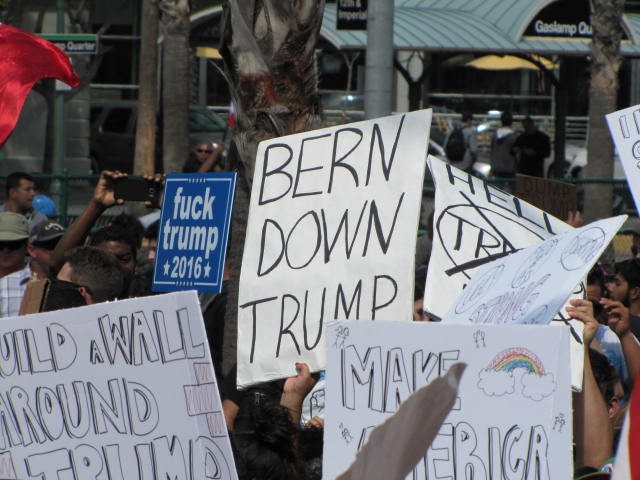 Inside the rally, Trump supporters were enthusiastic and positive. Only a few protesters had to be removed from the crowd.