TEL AVIV –  Terrorism will win as long as the Arab world continues to ignore the hatred and anti-Semitism that is rife in their societies, Dr. Tawfik Hamid, an Egyptian-born Muslim and former Islamist radical, said in the wake of the terror attack in Sinai.

Speaking to Breitbart Jerusalem, Hamid also praised Israel’s response to the attack – which included condemnations from dozens of lawmakers as well as the prime minister and president – and said that such messages of support will show the Egyptian people “just what a civilized nation Israel is.”

According to Hamid, Friday’s attack on a Sufi mosque in northern Sinai that saw at least 305 people killed was “another manifestation of the same disease” that is plaguing other parts of the Middle East as well as Europe, the U.S. and Israel.

However, he said, the world is spending too many resources treating the symptoms of that disease. Instead, Hamid espouses a three-pronged approach to treating the disease itself.

First and foremost, Hamid said, the ideology that drives such hate needs to be confronted head on.

“We need to offer an alternative form of ideology at a very young age,” Hamid stated. “One that promotes peace instead of hatred, and tolerance towards others.”

In Hamid’s estimation, the very way people in the Muslim world think needs to be changed. All modes of thinking that lead to radicalism must undergo an overhaul, and that includes absolutism, literalism and casting judgement on others.

To combat terror, better deterrents must be found.

“Radicals need a very strong deterrent. Currently if you are a terrorist I call it a win-win-win scenario,” he said.

If a terrorist manages to captures territory, he’s won, Hamid explained. If he dies, he’s also won since he gets automatic admission into paradise and all the trappings that go with it.

“Even if he’s caught by western militaries, for example, there will be some human rights group that will come to his aid,” he said.

For that reason, explained Hamid, the world needs to devise much stronger deterrents than are currently enforced.

Following the Sinai attack, numerous Israeli politicians reiterated a call for an international coalition that would include moderate Arab states such as Egypt as well as Israel, the U.S. and Russia to fight terror groups like IS and state sponsors of terror such as Iran.

While Hamid praised the initiative, he said it wasn’t enough. 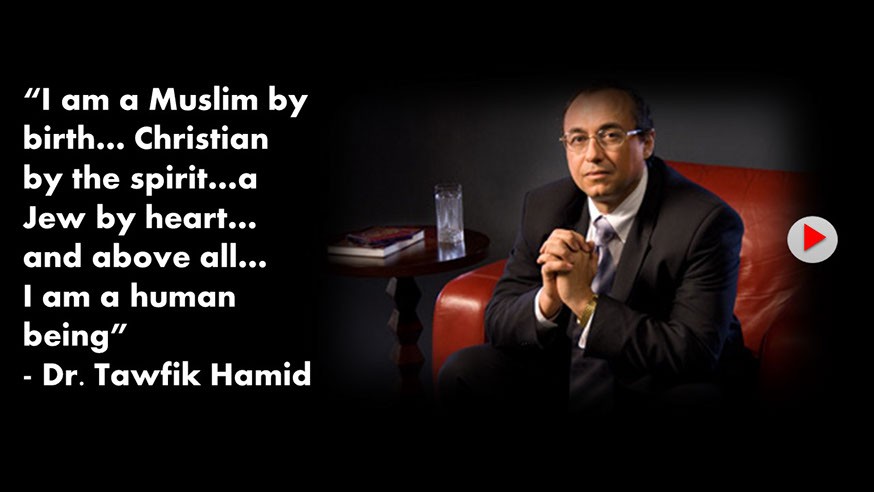 “A coalition with the Arab nations can have some level of success at the tactical or military level, but I believe real success [will come] when the Arab world fights the roots of terror, which is hatred and anti-Semitism,” he said.

According to Hamid, people in Egypt need to be told the truth about Jews and Israel, for starters that there are over a million and a half Arab citizens “living in Israel in peace and harmony.”

Egyptian society is split into groups, Hamid explained. The first, and the overwhelming majority, he charged, is anti-Semitic and will interpret any gestures Israel makes – including expressing condolences following a terror attack or offering to send humanitarian aid – in a negative way.

The second is a small minority of people who try to fight hate and anti-Semitism and acknowledge the overtures from Israel, he stated.

Hamid maintains the Egyptian media itself is so infused in “pathological hate” that it continues to seep down into society so that the average Egyptian remains “brainwashed.”

“Even [voices] in the mainstream media in Egypt say Israel and America created the Islamic State,” Hamid noted.

He hopes, though, that with the advent of social media things are changing and young people who are able to think critically can search for answers for themselves and not blindly follow the herd.

Hamid also commented on the recent changes involving the Gaza-Egypt border. Following control of the borders being handed off from terror group Hamas to the Palestinian Authority, the Rafah border crossing had been due to reopen on Saturday after more than a decade of an Egyptian-imposed blockade. However, Friday’s terror attack in Sinai meant that the reopening was postponed indefinitely.

According to Hamid, reopening the border would be a grave mistake on the part of the Egyptians.

“First you have to defeat Hamas and end its rule. Only when [Hamas] loses power completely can you open the borders,” he stated, adding that Hamas terrorists would seize the opportunity to infiltrate Sinai.

Dr. Tawfik Hamid is an Islamic thinker and reformer and one time Islamic extremist from Egypt. He was a member of a radical Islamic organization Jamaa Islameia JI (of Egypt) with Dr. Ayman Al-Zawaherri, who later became the second in command of Al-Qaeda, before undergoing what he describes as “an awakening of the human conscience.”