The recently appointed special representative for reconstruction in minority areas of Iraq for the U.S. Agency for International Development (USAID) told Breitbart News he has a message for the Christians and other religious minorities who fled genocide at the hands of the Islamic State (ISIS/ISIL): Return to your homeland, America has your back.

In an interview with Breitbart News on Tuesday, Max Primorac said:

I think the religious minorities have been so beaten and persecuted that they thought that they were abandoned. Abandoned by their own government. Abandoned by the international community. The message that I’m bringing is that America cares. America is with them. America is on the ground. They can count on the United States to be a country that leads the world in helping them return home.

Addressing Christians, Yazidis, and other minorities who want to return, he stressed, “We’re your partner. We want to help you. We’re there on the ground. We’re working directly with you. We have mobilized a significant amount of resources. We are politically engaged this is a priority in our bilateral relations with the Iraqi government.” 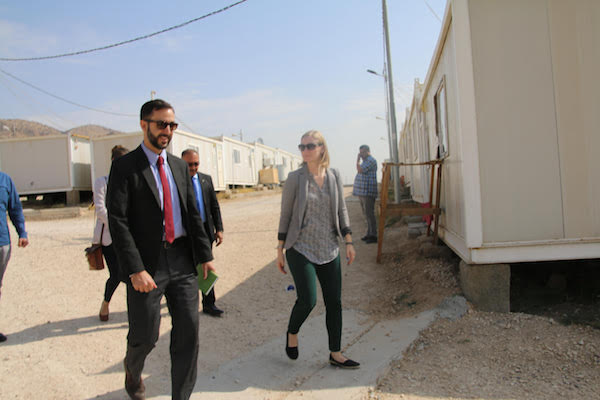 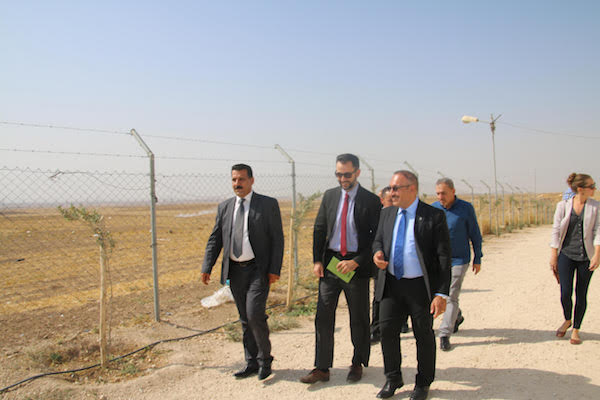 Vice President Mike Pence had vowed almost a year earlier to the day to send aid directly to the persecuted minorities in Iraq through USAID and through faith-based organizations that operate in the area.

The U.S. has particularly redoubled efforts to “directly” assist genocide victims, he added, noting that the move is “a radical departure” from the previous administration.

Before [the Trump administration] we were spending funds to support these [minority aid] organizations, but we were doing [the work] for them and above them. They weren’t fully engaged or included in the manner in which we were doing things. That has changed dramatically … It’s full inclusion … As a result, I think we’re much more effective in the expenditure of taxpayer funds … We are funding them directly. They are involved in every aspect of our decision making.

USAID is reportedly fast-tracking U.S. aid for projects that bring jobs to religious minorities traumatized by the ISIS atrocities.

Primorac said the Trump administration is taking a “whole-of-government approach” to help religious minorities return and leverage U.S. influence to bring back investment, security, and jobs to their hometowns.

“We want to change the calculus of return,” he added.

He said that he would “absolutely” urge religious minorities to return to war-ravaged Iraq.

Citing the increased efforts, the USAID official noted that the U.S. expects “thousands of [Christian] Chaldeans to [soon] return back to Batnaya” alone, a Christian town north of Mosul.

At the end of October, Breitbart News obtained photos showing that the thousands of Christians who have returned to Iraq in recent months are already breathing life back into their devastated villages, opening up schools and shops.

Echoing a report issued by the Pentagon’s office fo the inspector general (OIG) this week, the USAID official acknowledged that security remains a major concern in Iraq, conceding that the Islamic State (ISIS/ISIL) and Iran-allied militias continue to pose a threat.

However, Primorac sounded optimistic that the Trump administration is “addressing all of those issues” through its “whole of government approach.”

“We are working on creating a legal environment [in Iraq] that treats them [minorities] as equal citizens,” he said.

Some Christian leaders and activists in Iraq have complained that U.S. aid has failed to materialize, but the USAID official said the administration has recently disbursed a few million dollars “directly” to minority aid groups.

“We’re at the first few months of this, but I think the returns are pretty significant,” he declared.

Iraq is home to one of the oldest, continuously inhabited Christian regions in the world. It is believed to be the cradle of Christianity.

“More than 1000 families have returned,” Father Salar Boudagh, the local Chaldean priest, recently said.”But most of them came from other places. Of the 1500 Christian families here before ISIS, just 650 have returned.”

Youhanna Yousif, an activist with the Hammurabi Human Rights Organization (HHRO) in Iraq, recently told Breitbart News that in Qaraqosh alone between 22,000 and 25,000 people have returned, noting at the number makes up about half of the Christian’s town’s population before ISIS.

In its report, the Pentagon IG highlighted that the Trump administration had boosted efforts to help out religious minorities in Iraq.

Although thousands of Christians have returned to Iraq, their population has gone from 1.5 million in 2003 to just 200,000, the according to the National Catholic Register (NCR).