Zeinab Soleimani, daughter of late Iranian terror chief Gen. Qasem Soleimani, warned the families of American soldiers that their loved ones would soon die in remarks Monday at her father’s funeral.

Soleimani was the head of the Islamic Revolutionary Guard Corps’ (IRGC) Quds Forces, the international chapter tasked with plotting terrorist attacks and expanding Iranian imperialism throughout the world. Under Soleimani, it greatly expanded its reach in neighboring countries like Syria, Yemen, and Lebanon, and is believed to have built up hundreds of terrorist networks in Latin America.

President Donald Trump ordered an airstrike in Iraq last week that eliminated Soleimani alongside Abu Mahdi al-Muhandis, the founder of the Hezbollah Brigades, a jihadist militia that has been legally integrated into the Iraqi armed forces. The Hezbollah Brigades are one of dozens of militias forming the Popular Mobilization Forces (PMF), a coalition of largely Shiite, pro-Iranian groups that formed initially to fight the Islamic State. After the demise of ISIS in its largest Iraqi stronghold, Mosul, the PMF began redirecting its efforts against the U.S. presence in the country, despite previously sharing a common enemy.

The Iranian regime organized a funeral for Soleimani on Monday in which it forced thousands of people out into the streets to demand vengeance. Zeinab Soleimani spoke on behalf of her family.

“The US and Zionism must know that my father’s martyrdom will further awaken people in the axis of resistance and will tear down their spider nests,” Zeinab Soleimani said, according to the Iranian news agency Tasnim.

“She also warned that the families of American troops in West Asia, who have witnessed the US’ humiliation in Syria, Iraq, Palestine and Yemen, will be awaiting the news of death of their children,” Tasnim relayed, adding that she listed a host of terrorist group leaders who could help in killing Americans to avenge her father: “Secretary-General of Lebanon’s Hezbollah resistance movement Seyed Hassan Nasrallah, Syrian President Bashar al-Assad, Hamas leader Ismail Haniyeh, Palestinian Islamic Jihad leader Ziyad al-Nakhalah, or Leader of Yemen’s Houthi Ansarullah movement Abdul-Malik Badreddin al-Houthi.” 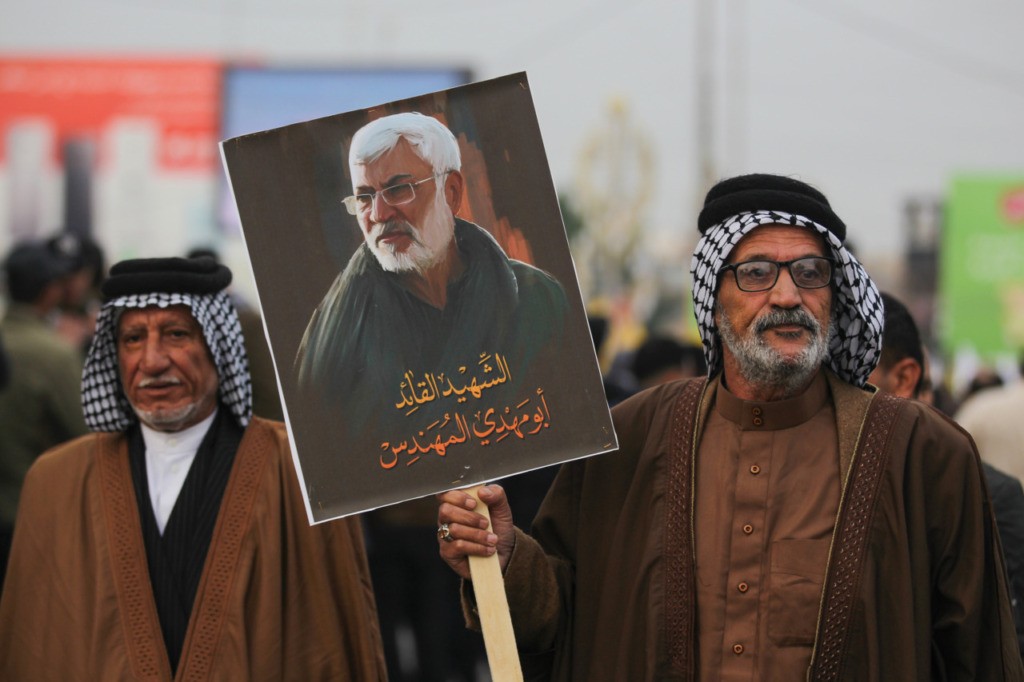 Tasnim left out some of her remarks against Trump. As translated by Saudi news network al-Arabiya, Soleimani warned, “Crazy Trump, don’t think that everything is over with my father’s martyrdom.”

The Tehran Times added more parts of her speech that Iranian state media did not relay in their English coverage.

“Trump, the gambler! Your vicious plots to divide Iran and Iraq have created a historic bond between the two nations,” she reportedly said. “Mr. Trump, the gambler! Families of American soldiers must spend their days waiting for their deaths and corpses.”

Soleimani’s state-mandated funeral featured Supreme Leader Ayatollah Khamenei publically sobbing over his coffin and crowds chanting “death to infidels” and “death to al-Saud,” the ruling royal family of Saudi Arabia, suggesting the regime believes that Riyadh was involved in the American airstrike.

Iranian state media also published outraged editorials claiming Soleimani had been a peaceful leader and that the United States was lying about the extensive evidence that Soleimani organized a mob attack on the U.S. embassy in Baghdad shortly before the new year or that he had planned similar subsequent attacks. In one of the most hysterical columns published, an Iranian media writer accused “Evangelical Christian fascist [Vice President] Mike Pence” of lying about Soleimani’s ties to the September 11, 2001, jihadist attacks, which the author described as “the mother of all false flag attacks,” implying Washington attacked the World Trade Center itself.

Pence said in a series of posts on Twitter this weekend that Soleimani was personally responsible for helping several of the September 11 jihadists with the documentation necessary to enter the United States.

As head of the Quds Force, Soleimani was responsible for killing hundreds of American soldiers and thousands, including civilians, throughout the Middle East. Soleimani was a key strategist aiding dictator Bashar al-Assad in the Syrian Civil War, so prominently known for helping Assad attack civilians that locals in rebel-held Idlib handed out sweets to celebrate his death following the American airstrike. Similar celebrations occurred in Iraq, where Soleimani had been deployed to help the government kill and repress protesters concerned about Iranian colonization of their country.

President Trump explained his decision to eliminate Soleimani in remarks Friday, saying it was necessary “to stop a war” that would have occurred if Soleimani were allowed to execute his attacks on American targets.

Secretary of State Mike Pompeo, who shared images online shortly after Soleimani’s demise of Iraqis cheering in the streets, similarly asserted that the strike was necessary because Soleimani had planned attacks on American targets.

“Soleimani, the terrorist, was engaged in active plotting. There was an attack that was imminent that could have killed dozens or hundreds of Americans. We found an opportunity and we delivered,” Pompeo said on Friday.