Ahead of Israel’s Holocaust Memorial Day on Thursday, a series of programs were aired on the Palestinian Authority’s official television network that spread lies about Jews, including the claim European Jews were helped by Arabs to escape the Nazis only to later betray them.

A separate program claimed Israel is “Judaizing” the West Bank town of Hebron and turning it into a Nazi style ghetto for its Arab residents.

“From the Israeli Archive” is a Palestinian program based a 1981 Israeli documentary series called Pillar of Fire. However, as monitoring group Palestinian Media Watch notes, the Palestinian version distorts or even mistranslates the original. 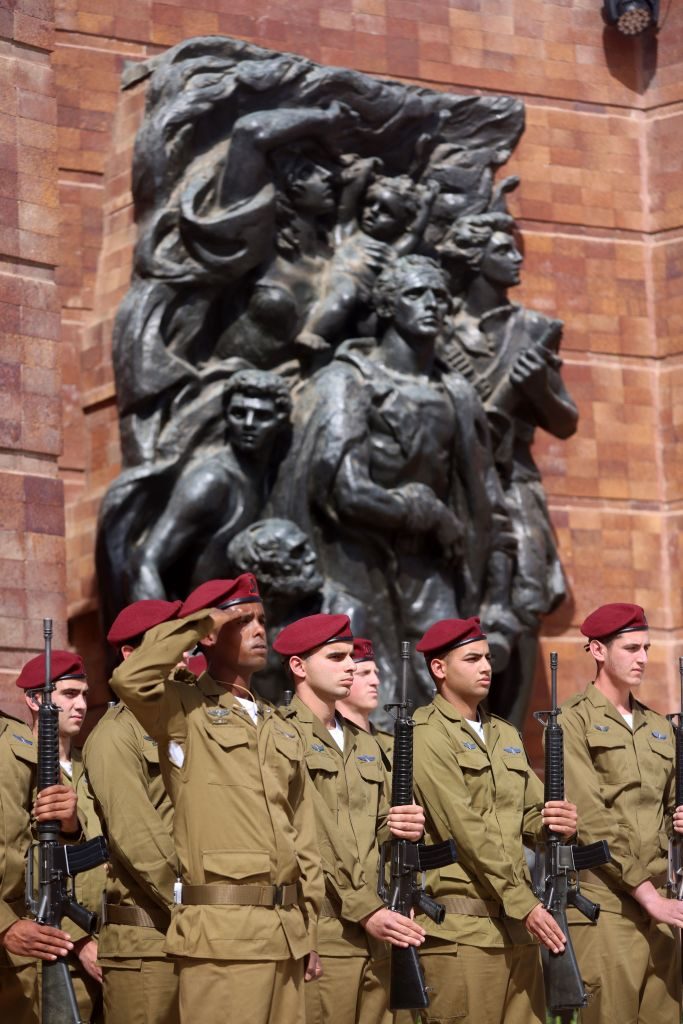 One recently aired episode recounts the mistreatment of Jews in Europe, culminating with the Nazis and their subsequent escape to Palestine.

The Jews “reached the land of Palestine hungry, sick, lacking everything, infected with typhus and malaria. We gave them fresh water to drink and fed them oranges, and they betrayed the hand that was extended to help them,” the host of the show said according to a translation by PMW.

Bizarrely, the same host later claims Jews fleeing Europe were not escaping persecution, but were seeking to “kill Palestinians” as part of a colonialist project.

“In Palestine there were only very few Jews who arrived fleeing diseases, hunger, and fear. The people of Palestine welcomed them… [but] that they were not people escaping who wanted to find refuge among the Palestinian people, but rather they are a colonialist project that wants to kill the Palestinians.”

Itamar Marcus, director of Palestinian Media Watch, said: “This portrayal of a generous welcome is a complete distortion of history. In fact, while Jews were fleeing Europe following the rise of the Nazi party in 1933, Arabs regularly attacked and killed Jews in British Palestine, climaxing in an intensive Arab terror campaign from 1936-1939.”

The Palestinian Authority often describes Israel as a “Nazi” state. It is part of a decades-old branding campaign in which the Palestinians claim Jews are now oppressing them in the same way that Jews were oppressed by the Nazis.

Another show on PA TV claimed Israel has turned Hebron into a “ghetto… similar to those of the Nazi period.”

“The occupation has significantly succeeded in Judaizing a large part of Hebron and turning Hebron into a ghetto,” a self-proclaimed “human rights defender” said on the program Lovers of the Land.

“We must dismantle this ghetto, which is the settlements, and which is similar to the Nazi period,” he added.

Palestinian Authority officials have in the past claimed Israel is guilty of perpetuating a “second holocaust” against the Palestinians. 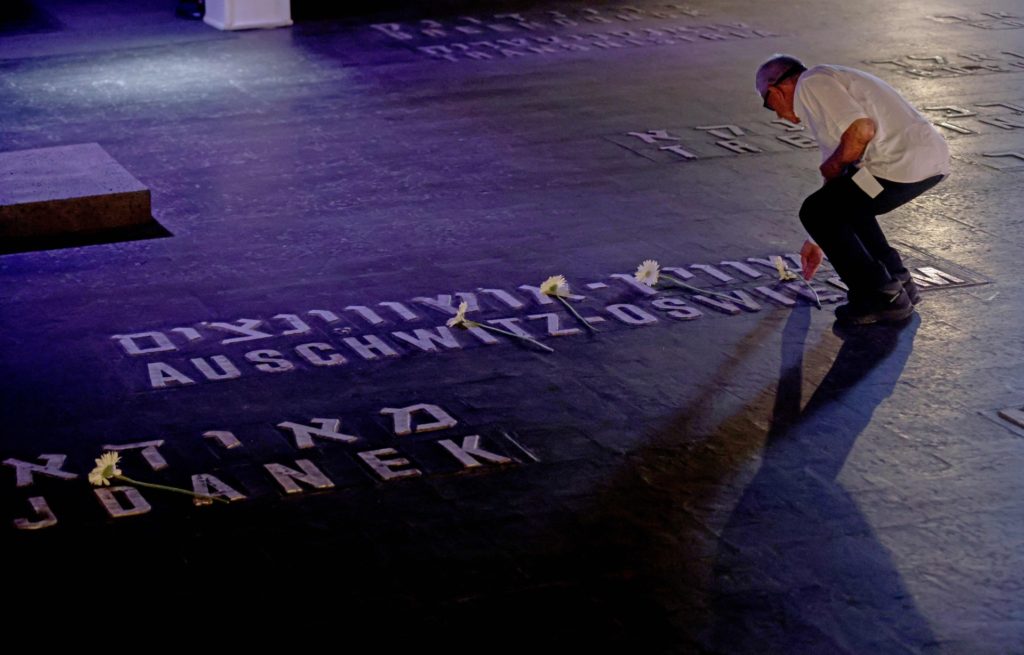 A man lays a flower on the name of a Nazi concentration camp during Holocaust Remembrance Day in Jerusalem’s Yad Vashem memorial on April 8, 2021. (EMMANUEL DUNAND/AFP via Getty Images)

Jews occupy less than three percent of Hebron. The rest of the city is exclusively Palestinian. Jews have lived in Hebron almost continuously for over 3,000 years.

The holy town is also the site of the Tomb of the Patriarchs, where the Jewish Patriarchs Abraham, Isaac, and Jacob are buried, along with their wives, according to Jewish tradition.

Israel on Thursday morning came to a standstill as sirens blared throughout the country in memory of the six million Jews murdered by the Nazis during the Holocaust.