An expert panel advising the Israeli Health Ministry on the coronavirus recommended administering a fourth dose of the Pfizer/BioNTech vaccine to Israelis aged 18 and above, provided that five months have passed since they received a third shot or recovered from the disease.

The Health Ministry’s director has not yet approved the committee’s recommendation.

The recommendation, however, was not welcomed by all.

Prof. Regev-Yochay from the Sheba Medical Center, Israel’s leading hospital, said the number of younger Israelis in serious condition is still low and administering a fourth dose to “young people is wrong.”

The Sheba Medical Center also released a a study last week that showed that while a fourth shot increased antibodies more than the third one, it was still not enough to prevent the spread of Omicron. 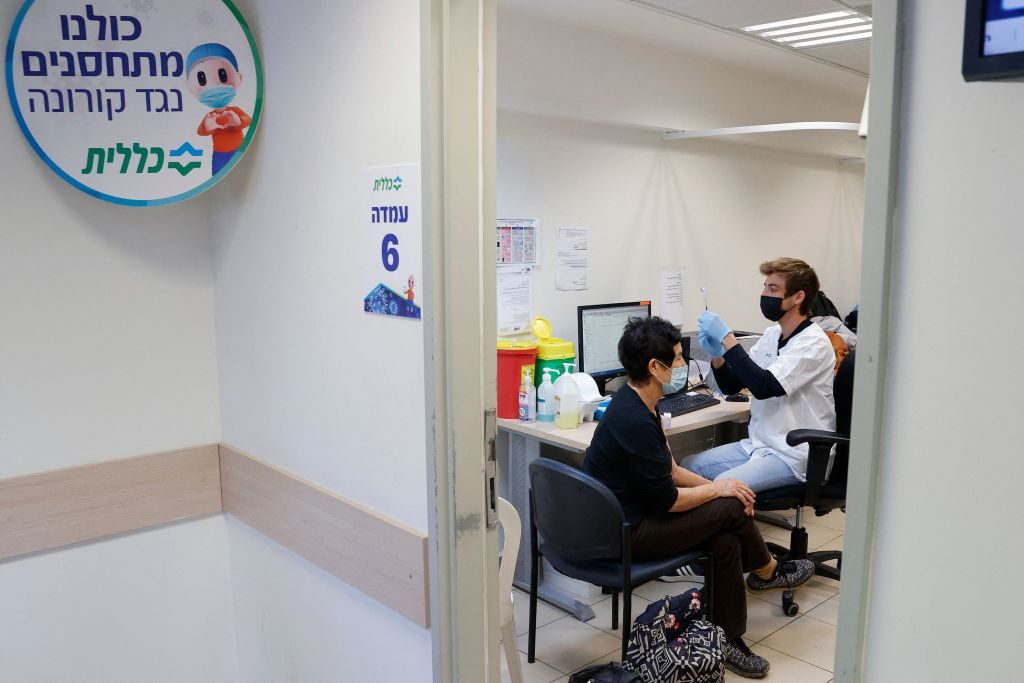 A medic prepares a dose of the Pfizer-BioNTech COVID-19 coronavirus vaccine at a clinic of Clalit Healthcare Services in Israel’s Mediterranean coastal city of Tel Aviv on January 3, 2022. (JACK GUEZ/AFP via Getty Images)

Despite its aggressive vaccination campaign, earlier this week Israel became the leading country in the world for daily infection rate, with more than one in 20 Israelis recorded as positive for coronavirus.

Prof. Eran Segal, a leading health expert and adviser to the Israeli government, notes the dubious distinction of being first in the rate of infections might also be due to the high volume of tests performed each day.

Eran also predicted that the current wave, the country’s fifth, is expected to decline in a week or so.

Coronavirus Conscience: An Israeli gave back a 2,000-year-old catapult bolt to the Israel Antiquities Authority some 15 years after he took off with it. https://t.co/OdwiniMmfy

Starting this Thursday, the country will scrap quarantine for children exposed to coronavirus carriers. Those who test positive will still be required to isolate for a minimum of five days.

Over the past two weeks, 900,000 Israelis, out of a population of 9.3 million, have tested positive. A total of 125 Israelis died from coronavirus over the past week, bringing the death toll to 8,487.