A GOP business donor from the high-immigration, Democrat-dominated state of Illinois is threatening to defund GOP legislators who do not support an amnesty which will deliver many more future Democratic voters into their districts.

John Rowe, the former chairman of Exelon Corporation, is “blackmailing them to commit political suicide,” said Jessica Vaughan, policy director at the Center for Immigration Studies. She added Rowe is:

An identity-politics capitalist … the epitome of a Country Club Republican who uses immigration to bring in servants for his lifestyle, despite the effects on ordinary Americans, and who is completely insulated from the negative effects.

Politico quoted Rowe threat to deny funds to GOP legislators who do not sign the discharge petition which will create an amnesty for at least 2 million DACA migrants, plus many of their chain-migration relatives:

“Every member of the Illinois delegation knows this is one of the most important issues facing them and it determines how much money I’m giving them,” said Rowe, who heads a pro-immigrant business group in Illinois. “This is the home state of Abraham Lincoln. We’re betraying our entire heritage if we don’t get this done.”

“In truth, we may not be a huge number of people, but in terms of being reliable, active donors, we’re people who give every year to candidates,” Rowe said.

While attending a recent fundraiser for House Majority Whip Steve Scalise, Rowe said he was direct with the Louisiana congressman: “There’s a whole bunch of Republicans like me who simply aren’t going to keep giving money if you don’t get an immigration bill done.”

Rowe’s open threat exposes the cheap-labor lobby that dominates the GOP’s donor class and also helps to explain why so many populist voters walked away from Rowe’s preferred candidates in 2016. Those voters left Rowe’s preferred candidate — Jeb Bush — and instead rallied around Donald Trump’s pro-American promise of less immigration and higher wages. That promise delivered a massive blue-collar gain for Trump and many GOP legislators — including California’s Jeff Denham who now is pushing for an amnesty.

Many in the GOP’s donor class strongly opposes Donald Trump’s low-immigration/high-wage policies and are using the discharge-petition amnesty to block Trump’s reforms. For example, the huge Congressional Leadership Fund is backing 11 of the 16 GOP candidates who had signed the petition by May 23. Five additional signers are not running or have resigned. Fundraising for the CLF fund is supported by House Speaker Paul Ryan.

“He’s learned painfully, belatedly, that what stirs up a large part of the Republican primary electorate is not what wins general elections,” said John Rowe, a GOP donor and former CEO of Exelon, who is planning to vote for libertarian Gary Johnson. “You cannot win without women, Asians, Latinos, African Americans.”

In fact, Trump won because most Americans voted their wallet — giving him a high share of blacks, Latinos, and women. Rowe “has drunk the cool aid of this disproven [identity politics] theory that Republicans need to push for mass immigration for political survival — the exact theory that was disproved by Trump,” Vaughan said.

Rowe’s identity politics match his repeated demands for large-scale immigration to allow employers to hire a wide variety of cheap foreign workers instead of middle-class Americans. In 2014, for example, the Daily Caller reported:

Companies should be allowed to swiftly hire foreign professionalsand blue-collar workers for jobs in hospitals, universities and power-grid companies, according to John Rowe, a co-chair of panel at the Chicago council that is pushing for increased immigration.

“We need a more open and faster way of allowing people to get permits to come here,” said Rowe, a former chairman and CEO of Exelon Corp., a huge Chicago-based power-generation company that operates nuclear reactors. 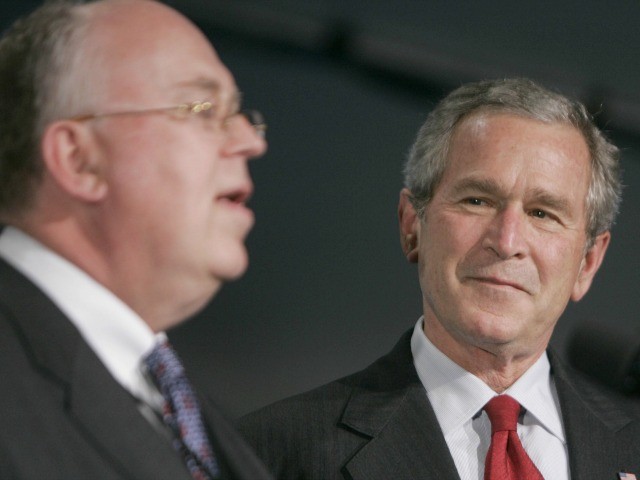 President Bush is introduced by John Rowe, Chairman, President, and CEO of Exelon Corporation, May 24, 2006, in Limerick, Pa.

Rowe, a devotee to “the so-called establishment” said his heart moves to Ohio Gov. John Kasich but his head goes to Rubio, whom he described as “smart, young and seems to fit what people are after.”

Rowe said he would likely contribute to Rubio’s campaign and an outside group supporting him, which by law can take unlimited dollars, unlike campaigns which are held to contribution limits.

The Chicago Tribune posted a profile of Rowe in 2011, based on an interview and photoshoot in his skyscraper corner office:

As commuters bustled away from downtown on a recent Friday evening, Chicago’s skyscrapers turned to silhouette, framed by an orange autumn sunset.

But that wasn’t the view that made John Rowe linger. From his office on the 54th floor of Chase Tower downtown, the 66-year-old Exelon Corp. chief waited, before a commanding view of the skyline, for the dawning of his lights, those powered by Commonwealth Edison.

“When you fly into Chicago at night and you see those lights that go on and on and on, you just get the shivers,” he said, dressed impeccably in a suit and carefully chosen tie, his cuff links outfitted from two Athenian tetradrachm, the silver currency of ancient Greece.

The article made sure to highlight Rowe’s lobbying campaign for climate-change regulation, which helped raise the value of his company’s nuclear-powered energy plants.

Rowe’s brazen effort to buy political support for damaging and unpopular policies  “is the kind of spectacle that is disgusting to Americans,” said Vaughan, adding:

It is a perfect illustration of who it is that wants amnesty and ‘comprehensive immigration reform’ and more and more immigration. This guy is openly trying to buy votes for an amnesty that is contrary to the [economic and civic] interest of Americans and is bad public policy, and he’s trying to blackmail members of Congress by threatening to withhold support from them if they don’t sign on to this damaging discharge.

Rowe can profit from the cheap labor and flee from the social damage his mass-immigration policies cause to Americans, she said. “The winners are the donor class, and immigrants and the losers are Americans who have to foot the bill and compete for opportunities,” she said, adding:

Rowe gets his power “because too many members of Congress are addicted to the money, and they think with their campaign chest … rather than political instincts,” said Vaughan. In turn, Rowe’s identity-politics capitalism, she said,

WashPo shows Americans' wages are rising to decent levels in Hilton Head b/c Trump is cutting inflow of foreign labor. Evidence is a restauranteur who is rationally rebalancing wages/staffing, tables/revenues, amid what he says is an economic 'nightmare' https://t.co/BEpyef4gB9

In turn, poll ratings for Trump and the GOP are climbing upwards before the elections. If the GOP embraces Rowe’s cheap-labor identity politics, said Vaughan, “it will come back to haunt them in November …  that is why blackmail is a bad thing.”