“The rhetoric we hear from the other side on this issue—as on so many others—has become radicalized,” Sessions told an audience in Los Angeles. He continued:

We hear views on television today that are on the lunatic fringe, frankly. And what is perhaps more galling is the hypocrisy. These same people live in gated communities, many of them, and are featured at events where you have to have an ID to even come in and hear them speak.

They like a little security around themselves, and if you try to scale the fence, believe me, they’ll be only too happy to have you arrested and separated from your children …

Sessions has used his power as Attorney General to aggressively push Trump’s lower-immigration/higher-wage strategy. For example, he has redefined amnesty rules, relocated judges to the border, enforced laws against employers who hire illegals or discriminate against Americans.

But those policies are opposed by the “open borders crowd,” according to Sessions’ prepared remarks:

From coast to coast—perhaps especially on this coast—there are politicians who think that having any border at all is mean-spirited, unkind, or even bigoted.

The vice-chairman of the Democratic National Committee recently wore a t-shirt that says “I don’t believe in borders.” I wonder what his neighbors think about that.

The name of the group that organized the Caravan to stampede our borders is “People Without Borders.”

The Attorney General of this state, Xavier Becerra says that “there’s really no difference between my parents and [illegal] immigrants except a piece of paper.” Paperwork, meaning compliance with our law, is important. And it’s a shame that I must say this to the top law enforcement official in California…

The so-called elites will always find an excuse to attack President Trump. They will not be satisfied as long as we are enforcing our borders. As long as there is any immigration enforcement, they will oppose any effective limits. 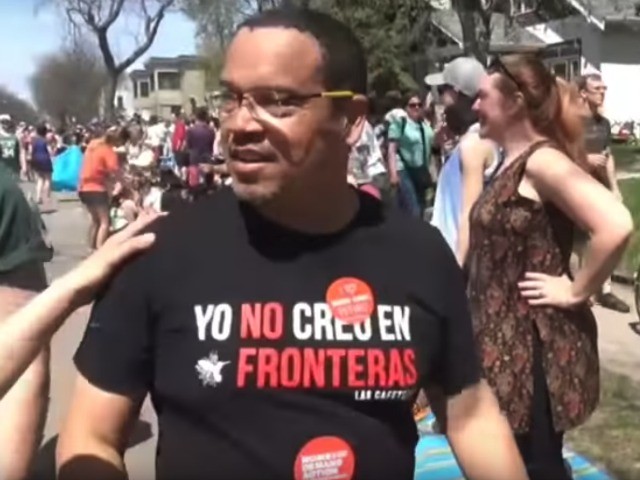 The media is part of the problem, said Sessions. “We get attacked in the media by the so-called elites and their special interests.”

This is the Trump era. We are enforcing our laws again.

The radical extremist open borders crowd should declare whose side they are on.

I believe that this is one of the main reasons that President Trump won. He promised to tackle this crisis that had been ignored or made worse by so many before him. And now he’s doing exactly what the American people asked him to do.

This is a decisive issue. As the President often says, “a country without borders is not a country.” I don’t know why that is so hard for some people to understand …