Trump is “a cancer for the country,” Gonzalez told the New York Times. “I don’t believe he can ever be president again,” Gonzalez continued. “Most of my political energy will be spent working on that exact goal”: 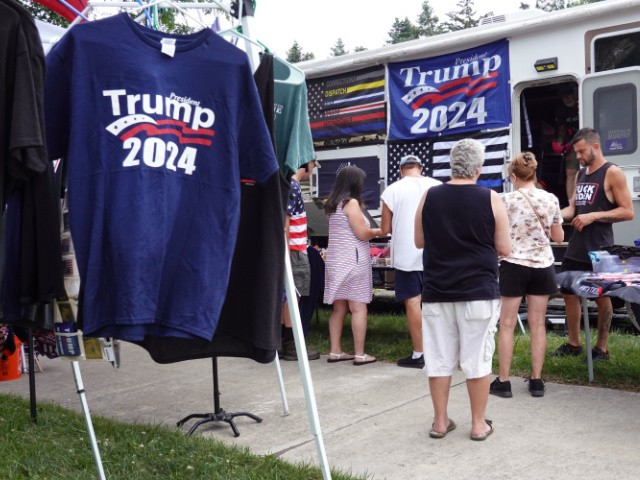 “Politically the environment is so toxic, especially in our own party right now,” he said:

News: Calling Trump "a cancer for the country," @RepAGonzalez told me today he's not running for re-election

His main reason: the strain on his family. But he called today's politics "toxic"

He's first of the 10 pro-impeachment House Rs to retire https://t.co/avS4dW3wjj

Gonzalez told the Times he believed he could win a primary battle against Max Miller by working his “butt off.” But Gonzalez added that working hard does not make him happy.

“You can fight your butt off and win this thing, but are you really going to be happy?” Gonzalez questioned. “And the answer is, probably not.”

In February, Trump endorsed Max Miller while slamming Gonzalez for not representing his constituents’ interests. “Current Rep. Anthony Gonzalez should not be representing the people of the 16th district because he does not represent their interest or their heart. Max Miller has my Complete and Total Endorsement!”: 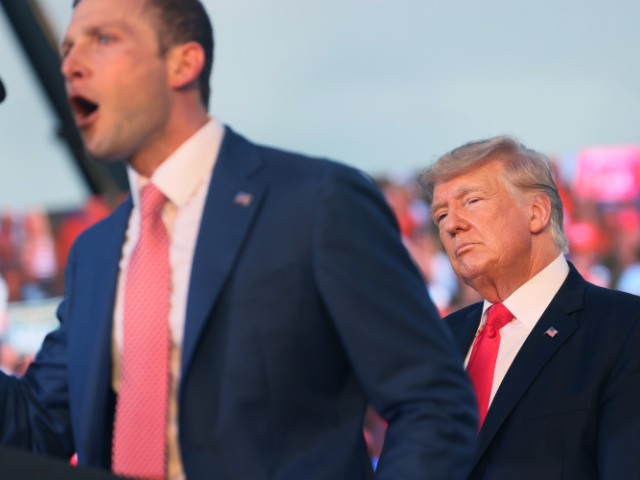 Trump’s endorsement of Miller presumably forced Gonzalez out of the primary race because Gonzalez would have to battle against a candidate supported by Trump’s fundraising machine: 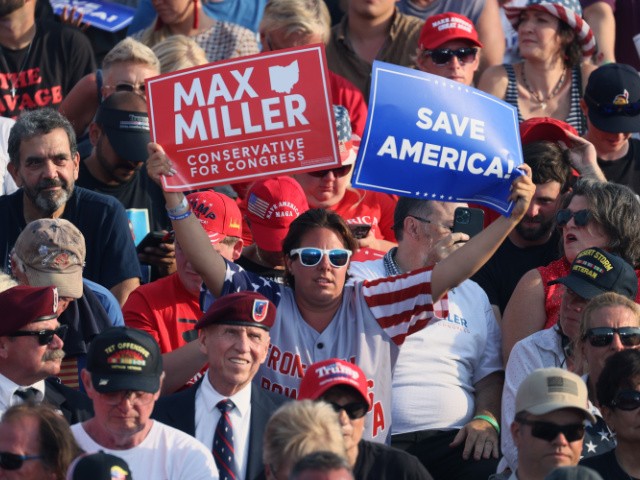 Supporters listen as Former US President Donald Trump speaks during a rally at the Lorain County Fairgrounds on June 26, 2021 in Wellington, Ohio (Scott Olson/Getty Images).

“This is the direction that we’re going to go in for the next two years and potentially four, and it’s going to make Trump the center of fund-raising efforts and political outreach,” Gonzalez said about his ability to compete for funds. “That’s not something I’m going to be part of.”

Gonzalez also stated he believes Trump’s support in the Republican Party is faulty. “Where I see a big gap is, most people that I speak to back home agree with the policies but they also want us to move on from the person” and “the sort of resentment politics that has taken over the party,” Gonzalez said, acknowledging Trump’s successful policies of the Abraham Accords, redesigning NAFTA, raising wages for American families, and combating China.

Despite Gonzalez’s angry remarks towards Trump, he issued a statement Thursday announcing his retirement from the seat, citing the need to spend time with family:

Since entering politics, I have always said that I will do this job for as long as the voters will have me and it still works for my family. As Elizabeth and I consider the realities of continuing in public service while juggling the increasing responsibilities of being parents to our two beautiful children, it is clear that the best path for our family is to not seek re-election next fall.

Gonzalez’s decision not to work his “butt off” comes as Miller has done well fundraising, collecting more than $550,000 in the second quarter.

Miller told Breitbart News in July that he is campaigning to further the America First agenda. “I’m running strictly on the America First platform because when you have someone that votes with [House Speaker] Nancy Pelosi 38 percent of the time, you have to get them out,” Miller said.