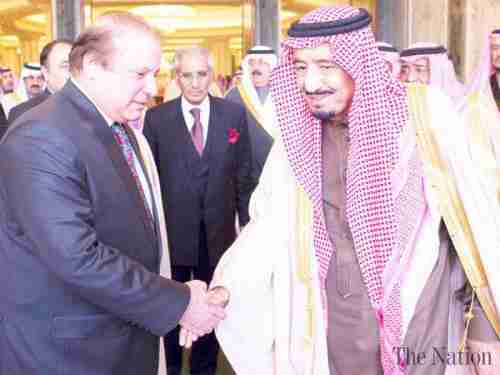 The Mideast seems to be settling in for another major war, another major humanitarian crisis, another opportunity for gushing statements by politicians.

Saudi Arabian airstrikes hit the Al-Mazraq refugee camp near Sanaa, killing at least 30 people, including women and children. About 1,100 families live in the camp, having fled from the fighting in the last few months.

The UN High Commissioner for Human Rights is criticizing the Saudis for the air strikes, and the fighting in general, saying that “Increasing hostilities have led to (the) targeting of schools, health facilities and other social infrastructure… There are reports of damage to residential areas in different cities, and in Aden, minors have reportedly taken part in the fighting on all sides.”

The Saudis have deployed thousands of soldiers to the border with Yemen. Iran-backed Houthi fighters have been clashing with Saudi soldiers on the border between the two countries. There was heavy gunfire as Saudi helicopters flew overhead.

In southeastern Yemen, Houthis are massively attacking Aden, and have approached the strategic Bab el-Mandeb strait that controls access to the Red Sea and the Suez Canal. Egypt’s naval ships are shelling Houthi positions to protect the strait.

The situation in Yemen is extremely alarming, with dozens of civilians killed over the past four days. The country seems to be on the verge of total collapse.

AFP and Reuters and CNN

It is increasingly clear that the war in Yemen is turning into a major war. There is supposed to be a ten-country coalition fighting against the Houthis in Yemen, but only three countries have seriously committed forces to fighting the Houthis: Saudi Arabia, the United Arab Emirates and Egypt. The U.S. supports the efforts with intelligence.

Saudi King Salman bin Abdulaziz al Saud has asked Pakistan’s prime minister, Nawaz Sharif, to provide troops from Pakistan’s army to aid the Yemen war against the Houthis. Pakistan is officially a sectarian state, but it is 80% Sunni Muslim, and has a history of supporting the Sunnis in the Mideast. Pakistani troops fought in the 1967 Six-Day War between the Arab states and Israel, and the army also came to Saudi Arabia’s aid in 1969 when South Yemen invaded part of the kingdom.

Nawaz Sharif also owes a personal debt of gratitude to the Saudis. When Sharif was prime minister in the late 1990s, he was overthrown in a coup by army general Pervez Musharaff and imprisoned. The Saudis interceded for him, and he went to Saudi Arabia and remained as a guest for several years. Pakistan has also benefitted from its friendship with Saudi Arabia. Pakistan is a poor country, while Saudi Arabia is a wealthy country, and the Saudis have given a great deal of financial and military aid to Pakistan.

So now the Saudis are demanding help in return. According to reports, the Pakistani public is opposed to intervening in Yemen. Pakistan has a long border with Iran, and has tried to maintain cordial relations with Iran, which would not be helped by fighting a proxy war against Iran in Yemen. Internally, Pakistan has suffered thousands of deaths from sectarian terrorist attacks by the Taliban against Shias, and getting involved in a sectarian war in Yemen could exacerbate the sectarian conflict in Pakistan.

Analysts seem to believe that Pakistan has no choice but to yield to King Salman’s request. Some reports indicate that several battalions of Pakistani troops are already preparing to travel to Saudi Arabia, or have already arrived.

This is a good time to review Generational Dynamics predictions that I’ve been posting for ten years:

These predictions seemed unlikely or even fantastical ten years ago, even to me, but today, they are coming true. These predictions did not come from a crystal ball. They came from an analysis of history using a specific methodology.

Once again, the Generational Dynamics methodology is based on MIT’s Systems Dynamics applied to population flows through generations. There is no analyst, politician, web site or journalist with anything close to the predictive success of the Generational Dynamics web site. When I set up my web site in 2003, it was with the specific purpose of providing a place where I could post Generational Dynamics analyses and predictions, so that anyone at any time could look back and see if they turned out to be right or wrong. Now, after 12 years, I can say with confidence that Generational Dynamics has probably turned out to be the most successful predictive and analytical methodology in history, and anyone can look back on the thousands of articles, predictions and analyses that I’ve posted and judge for themselves. Guardian (London) and The Nation (Pakistan) and Debka (Israel)