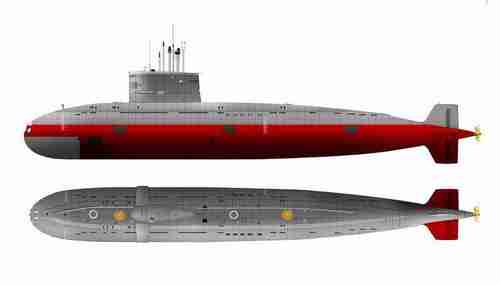 The naval arms race between India and Pakistan took a big leap forward this week, as Pakistan signed a deal to acquire eight advanced conventional (non-nuclear) diesel-powered submarines from China. Pakistan’s Ministry of Defense said that the eight submarines were being purchased from China to address the force imbalance with India, as India has been expanding its own fleet.

China and Pakistan are “all-weather” friends, and this is a particularly large military sale. Also, as a sign of Pakistan’s close relationship with China, this is the first time China has exported its submarines to anyone.

The Indians particularly point to the Gwadar Port on the Indian Ocean in Pakistan, which China has been developing. The port serves a dual purpose. On the one hand, it is a military naval base. But it is also a way for China to avoid maritime choke points in the Indian and Pacific oceans by moving Persian Gulf oil and gas over land from Gwadar to China.

China claims to have three principles in selling arms to other counts:

However, Western nations have accused China of repeatedly impairing the stability of the region, such as through the sales of advanced cruise missiles to Pakistan that began in the 1990s. Those accusations will certainly be renewed with China’s sale of this submarine fleet to Pakistan.

A few days ago, I reported on Pakistan’s close relationship with Saudi Arabia. As I have been saying for about ten years, Generational Dynamics predicts that the world is headed for a new “Clash of Civilizations” world war that will pit the West, India, Russia and Iran versus China, Pakistan and the Sunni Muslim countries. Dawn (Pakistan) and Marine Link and Lowy Institute (Australia)

Relations between Russia and Saudi Arabia have never been particularly friendly, especially since 1938, when Stalin closed the Soviet embassy in Saudi Arabia. Diplomatic relations were not restored until after the collapse of the Soviet Union, but they have not been close.

In recent years, the Russians have infuriated the Saudis by providing billions of dollars of weapons to the regime of Syria’s president Bashar al-Assad.

The Saudis have infuriated the Russians by refusing to cut production as the price of oil collapsed, thereby harming Russia’s economy.

Russia has accused the Saudis of supplying weapons to the militias fighting against al-Assad in Syria. The Saudis have accused Russia of invading Crimea in order to kill the Crimean Muslim (Tatar) population.

Egypt is a close ally of Saudi Arabia, and the two countries are partners in the joint Arab military intervention in Yemen, against Iran-backed Houthis.

Egypt is in a unique situation: Egypt would like to purchase weapons from Russia, funded by $2 billion of Saudi money. However, Russia has not been quick to sign such a deal, and the Saudi media is reminding Egyptians that 2,500 Egyptian soldiers died defending Crimea from the Russians back in the mid-19th century.

So although Egypt would like to have closer relations with Russia, it appears that they will be overshadowed by Egypt’s very close relations with Saudi Arabia. Al-Monitor and Washington Post

Greece turns to Russia and China, amid reports of imminent default

Unconfirmed reports suggest that Greece plans to miss its next scheduled bailout loan repayment to the International Monetary Fund (IMF), and will go into default next week on Wednesday (8-Apr). This would be the best time, since banks are scheduled to be closed for the following four days in celebration of Greek Orthodox Easter, which occurs next Sunday. According to this report, currency bills in Greece’s traditional drachma currency have already been printed, and Greece’s government would use those four days to convert from the euro currency back to the drachma currency.

Other reports suggest that Greece has been turning to Russia and China for bailout funds that would permit it to retain the euro currency. Russia might consider supplying these funds to Greece, in return for Greece’s full-throated opposition to EU sanctions against Russia. China might consider supplying the funds as part of a deal to purchase Greece’s port of Piraeus, which China’s Cosco shipping group would like to buy.

Alternatively, the Europeans may manage, once again, to find a way to “kick the can down the road,” and permit Greece to get through the current week’s crisis and continue until the next crisis, which is currently scheduled for July. Investment Watch and Economist