To show his devotion to the Islamic State terror group, and to Islam as a whole, an Ohio man arrested on Friday told an informant that he would cut off the head of his own biological son—akin to the beheadings carried out by Islamic State (ISIS) fanatics in the Middle East—to prove his worth as a Muslim, an FBI complaint against the man alleges.

Thirty-eight-year-old Amir Said Abdul Rahman Al-Ghazi, formerly known as Robert C. McCollum, was arrested by the FBI early Friday at his Sheffield Lake, Ohio, apartment. He is being brought up on charges of supporting the Islamic State terrorist organization.

On June 18, 2014, Al-Ghazi pledged allegiance to the Islamic State in a post on Facebook. Two days earlier, he shared a video on YouTube, titled “Stand Up and Pledge Allegiance to Abu Bakr Al-Baghdadi,” who leads the terror group, the FBI complaint states.

In another conversation with an undercover informant, Al-Ghazi said he was convinced his faith allowed him to “behead Christians, Jews, and Atheists,” the testimony against the terror suspect said. 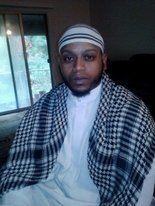 The FBI complaint also mentioned that Al-Ghazi was interested in attacking a police station but needed another “100 brothers” to pull off such an attack.

Al-Ghazi reportedly told another undercover informant, whom he believed was an ISIS soldier in Mosul, Iraq, that he was planning a Boston Marathon-style attack and needed assistance to find weapons and bomb-making materials.

In September, 2014, Al-Ghazi allegedly told an informant that if there were a war in the United States between Muslims and non-Muslims, “he would cut off the head of his non-Muslim son if necessary.”

He also wished that the Garland, Texas, terrorists–who attempted to massacre the attendees at a free-speech event hosted by anti-Jihad activist Pamela Geller and covered by Breitbart Texas reporters–would have been successful in their attempt to carry out a mass-killing: “If the Texas bros had maybe 6 more with them it may have been a different story,” he said, according to the FBI testimony.