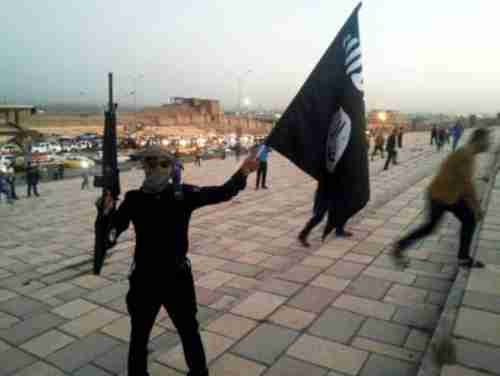 Iraq has announced that a major long-awaited battle has begun to recapture Mosul, the capital city of the province of Nineveh, from the so-called Islamic State (IS or ISIS or ISIL or Daesh).

Our dearest people in Nineveh province, the victory bell has rung, and the operations to liberate Mosul have begun. I am announcing today the beginning of these heroic operations to liberate you from the brutality and terrorism of ISIS. God willing, we will meet soon on the ground of Mosul where we will all celebrate the liberation and your freedom.

The US State Department tweeted: “Godspeed to the heroic Iraqi forces, Kurdish #Peshmerga, and #Nineveh volunteers. We are proud to stand with you in this historic operation.”

The US recently announced the deployment of 600 additional troops to aid in the battle, bringing the number of US personnel to more than 5,200.

On Sunday morning, Iraqi aircraft dropped thousands of leaflets over Mosul, advising residents how to protect themselves. The leaflets said, “The Mosul liberation operation is close and it is time to clean Iraq of Daesh (ISIS),” and advised residents “to avoid ISIS shelters, try to stay indoors and shut doors and windows.”

Iraq’s government is hoping for a quick victory and to avoid a humanitarian disaster. There are some 1.5 million people in Mosul, and Iraqi officials expect some 700,000 of them to flee Mosul. These people will have to be given a place to live and humanitarian aid.

ISIS captured Mosul in June 2014, when the Iraqi army dropped their weapons and fled, allowing ISIS to take the city almost without firing a shot. The loss of ISIS was a major catastrophe for Iraq, not only for the loss of the city, but also because ISIS took control of vast storehouses of American weapons, and also looted the banks of billions of dollars. CNN and Rudaw (Iraq-Kurdistan)

Sectarian violence may interfere with recapture of Mosul

The Mosul operation is becoming as much a political battle as a military battle.

The main issue is the use of Shia militias backed by Iran. When ISIS attacked the city of Ramadi, the Iraq army initially fled from ISIS forces, as they did in Mosul. So for the recapture of Ramadi, Tikrit and Fallujah, Iraq army forces were accompanied by Shia militias. After the cities were recaptured, the pro-Iranian Shia forces committed sectarian violence against the Sunni residents of the cities.

Now many Sunni Muslims fear a repeat of that sectarian violence if Shia militias are permitted to participate in the military operation. This apparently is the expectation of the some of the Shia militias themselves. The leader of the pro-Iranian Ahl al-Haq militia Qais al-Khazali recently said that “the battle of Mosul is revenge for the killing of Hussein,” referring to Hussein ibn Ali (or Husayn ibn Ali) who is considered to be a revered Shia saint who was killed in 680 at the Battle of Karbala, which was the seminal battle that resulted in the Sunni-Shia split.

For this reason, Sunni tribal leaders in Nineveh are demanding that Shia militias be kept out of Nineveh and Mosul. According to one tribal leader, “we are concerned and fear for what will happen after ISIS. The possibility of personal revenge makes people afraid.”

According to officials in Turkey, numerous groups might participate in the operation: the U.S.-led coalition, Iraqi soldiers, Kurdistan Regional Government (KRG) peshmergas, Iranian forces, Shia forces, Turkey-backed local forces and even PKK terrorists. The US-led coalition could include forces from Britain, France, Australia and Denmark.

Turkey agrees that Shia militias should not be involved in the recapture of Mosul, and they add that the same is true of Kurdish militias. Defense Minister Fikri Isik warns about the use of both Shia and Kurdish militias, and also offers Turkey’s help:

If you try to clear Mosul [from jihadists] with Shiite militias, you may start new chaos and a mess that would last 100 years. We are talking about these with the U.S. What we observe so far is that what we have been saying is being taken into account…

Let us give support to you for an operation to be conducted with local groups of this region. If you are to clear Raqqa, don’t do it with the PKK [Kurdistan Workers’ Party] or PYD [Democratic Union Party] because they could cause bigger problems after Daesh goes from the city.

Turkey has three main concerns: first, a potential sectarian rift between Sunnis and Shias, second, a new refugee crisis, and third, creation of a vacuum that would other terror groups to grow.

However, Iraq is strongly opposed to Turkey’s participation.

Some analysts are questioning whether Iraq’s army can be successful in recapturing Mosul, unless it has the help of Shia, Kurdish and Turkish-backed forces. Hurriyet (Ankara) and Rudaw (Iraq – Kurds) and Daily Sabah (Ankara)