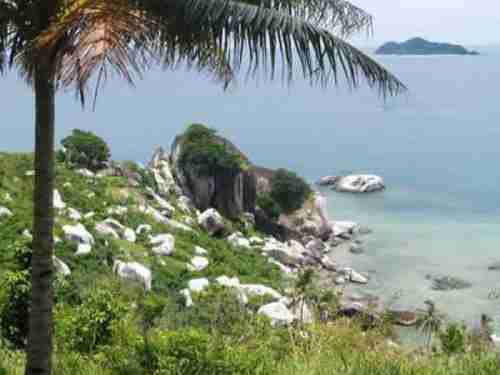 China is demanding that Indonesia rescind its decision to rename its own territorial waters in its own exclusive economic zone (EEZ).

In July, Indonesia announced that it is renaming the portion of the South China Sea belonging to Indonesia’s exclusive economic zone (EEZ) as the “North Natuna Sea.” Indonesia is making the name change official by registering the name through the International Hydrographic Organization (IHO) and the United Nations.

This has freaked the Chinese out to the point of throwing a temper tantrum:

The China-Indonesian relationship is developing in a healthy and stable way, and the South China Sea dispute is progressing well. Indonesia’s unilateral name-changing actions are not conducive to maintaining this excellent situation.

[Changing] an internationally-accepted name had resulted in the complication and expansion of the dispute [and undermines] the peace and stability of the region.

As usual with China, this is total farce. China is undermining peace and stability in the region by building artificial islands and turning them into huge military bases, bristling with missiles, radar and aircraft, in clear violation of international law, as determined by a 2016 ruling by the United Nations Permanent Court of Arbitration (PCA) in the Hague, which declared China’s activities in the South China Sea to be illegal.

According to one international relations analyst:

China’s military belligerence has caused India, Vietnam, and Japan to form an alliance opposing China in the South China Sea. Because of China’s illegal activities, tensions have escalated substantially in the South China Sea, threatening the “peace and stability” of the region. But that is because of China’s belligerent military actions, not because Indonesia is renaming its own territorial waters. Channel News Asia (2-Sep) and The Diplomat and Asia Times and Netral News (Indonesia)

The region that Indonesia is renaming is in its territorial waters around the Natuna Islands, a region rich in fish and oil fields. The region is also strategically important, being located at the southern tip of the Malacca Strait that connects the South China Sea to the Indian Ocean.

Indonesia is very, very far from China. There is no possibility whatsoever that the region in question every belonged to China. But, just like Adolf Hitler in 1939, China’s president Xi Jinping sees something that he wants that belongs to someone else and plans to use China’s vast, powerful military to steal it.

There have already been several incidents, with Chinese fishing vessels illegally fishing in Indonesia’s territorial waters.

In March of last year, an Indonesian patrol vessel had captured a Chinese fishing boat and was towing back to a port where it could be destroyed, after the 8-member crew had been arrested and were being held in custody. The patrol vessel was deep into Indonesia’s exclusive economic zone (EEZ), when two large Chinese warships showed and forced the Indonesians to release the fishing boat.

This incident caused a great deal of outrage among Indonesians, including calls for a more confrontational relationship with China. However, Indonesia’s president Joko “Jokowi” Widodo has chosen to continue a steady course, trying to maintain good relations with both China and the United States. To this end, Indonesia has maintained what one analyst calls a “delicate equilibrium” with respect to the South China Sea issue, engaging China diplomatically, while also pursuing a range of security, legal and economic measures designed to protect its own interests.

Unfortunately, however, China continues to pull stunts like the most recent one, demanding that Indonesia rescind its decision to rename its own territorial waters, with the usual implied threat that Indonesia had better comply, or there will be eventually military retribution. The Diplomat (24-Mar-2016)