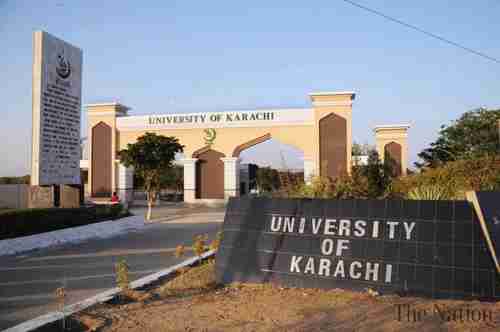 Karachi police investigators and intelligence officials last week conducted a raid on Ansar-ul-Sharia Pakistan (the supporters of Islamic law in Pakistan, or ASP), capturing or killing almost all of the members of the terror group.

Acting on a tip, police did a house-to-house search for members of the group and, in the ensuing gunfight, four ASP members were killed and several others injured. One cop was also killed, and another injured, with the rest taken into custody. The ASP group’s mastermind Abdul Kareem Sarosh Siddiqui was injured in the gunfight but escaped.

Siddiqui had studied Applied Physics at the University of Karachi, where his father is a professor. A Siddiqui associate, Abu Saleh, was captured by police yesterday. A search of his home resulted in one laptop, two mobile phones, and a hard disk.

ASP may have been formed as early as 2015 and obtained training from al-Qaeda groups in Afghanistan and Syria. The group only became active this year, when they gunned down a policeman in February, and then claimed responsibility for killing a retired colonel in April. As ASP conducted additional targeted killings, they became more confident, and they began killing once per month, and later almost on a weekly basis.

As in the case of a TV crime drama where the FBI agents profile the perps, police knew that the ASP militants were getting careless and that soon they would make a mistake that would allow them to be captured. On September 2, they attempted an assassination of politician Khwaja Izharul Hassan because he is a “pro-American MQM leader,” referring to the Muttahida Qaumi Movement–Pakistan (MQM-P) political party. Hassan was unhurt by the assassination attempt, but it led to the tip that allowed the ASP militants to be captured. South Asia Terrorism Portal (SATP – India) and Dawn (Karachi) and The News (Pakistan)

Pakistan says that there is ‘no terrorist wing at Karachi University’

Arrests of highly educated terrorists are proving an embarrassment to Karachi universities and are raising alarm bells, raising the question of whether students are receiving terrorist training at these universities.

At meetings of university officials last week, there were suggestions that students should be vetted and cleared by police with “character certificates” before being permitted to attend university, and that students’ personal registration data should be turned over to intelligence agencies for investigation. Reportedly, some teachers said that police verification would not be fruitful given the low credibility of police department.

Karachi University (KU) Vice-Chancellor Prof Dr. Muhammad Ajmal Khan expressed pride in the students and faculty of the university, adding that the issues being faced by the varsity were blown out of proportion. He denied that there was any connection between the University and terrorists:

We do not want to irritate students and their parents. … Provision of security is the job of law enforcers. There is no terrorist wing in [Karachi University]. We are standing by the side of law enforcement agencies but no decisions have been taken regarding handing over students’ data to intelligence agencies and demanding character certificates.

Another professor said that it was obvious that the university education of ASP terrorists was irrelevant:

The primary reason is that the network in question – triggering scrutiny of university students – was being run via religious institutions and activities in Gulzar-e-Hijri area. Although Sarosh [Sidiqqi] and other members were university students, which most of the urban youth are, they hardly attended the universities. So, it is more than evident that university culture or formal education is not responsible for their deeds. The only institutions that need scrutiny are the religious ones.