Two prisoners took advantage of the hullabaloo surrounding Pope Francis’ recent lunch with inmates in Bologna to slip off unnoticed, and the two convicts are reportedly still at large.

During his October 1 trip to Bologna, Italy, the Pope held a during a “Lunch of Solidarity” at San Petronio Basilica, to which 20 prisoners from a local correctional facility were invited, as well as refugees and some of the poor of the area.

According to local media, only when the group was being collected for the return trip to the prison in Castelfranco, about 25 miles outside Bologna, did officials realize that the two men had fled and were no longer with the group.

An hour-long search ensued, which produced no clues as to the men’s whereabouts. The operating hypothesis at the moment is that the two inmates executed their escape between the prayer of the Angelus and the actual sit-down meal with the Pope. 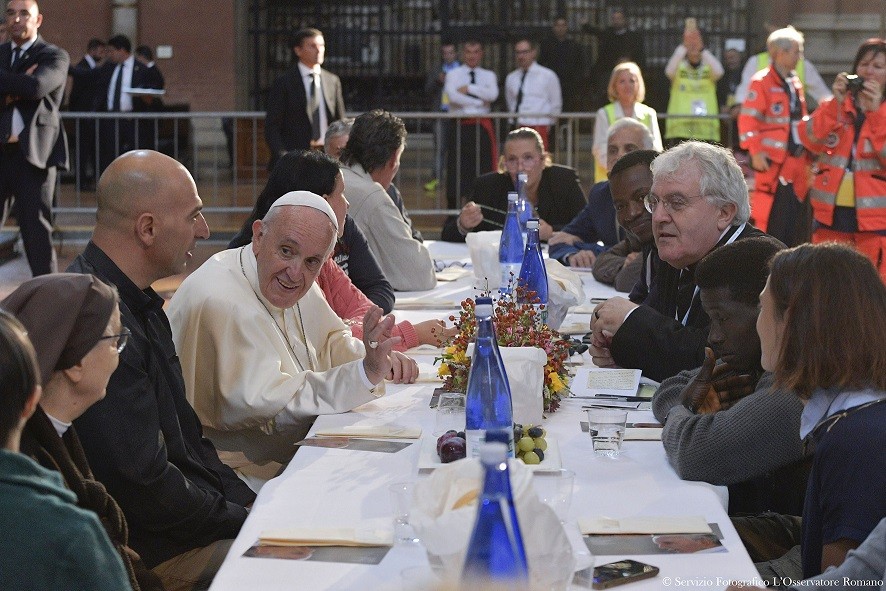 The convicts, who are both Italians from the area around Naples, have yet to be found. Although the nature of their crimes has not been revealed, the men are reportedly not first-time offenders but have served time before.

The Castelfranco facility where the men were being held is divided into two sections, one for rehabilitation of drug addicts and the other for inmates judged a danger to society. It was in the latter section that the two men were living.

Law enforcement officers charges with investigating the case visited the diocesan administrative offices in Bologna to get a better idea of the organization of the lunch with Pope Francis, in the hope of finding some indication of how the men escaped and where they might be headed.

The Castelfranco correctional facility has reported an uptick in inmates with “grave psychiatric problems,” which have made running the operation more difficult.

Francis often includes prisoners in his trips and events, and has washed the feet of prisoners on Holy Thursday. Last year, he held a special Jubilee Mass for prisoners at the Vatican.