The lack of human development in the Korean Demilitarized Zone [DMZ] has created peaceful wilderness where 106 endangered species are thriving, according to a report published this week by the South Korean government.

The creation of the DMZ in 1953 marked a ceasefire in a war that divided Korea and resulted in the deaths of 2.5 million people, including more than 36,000 American soldiers. With the exception of Panmunjom, a small village where peace negotiations were held and is still the site of some diplomatic engagements, people are not allowed in the DMZ.

Over 60 years have passed since the creation of the [DMZ]. In that time, the inaccessible land between the barbed wire fences has turned into a land of pristine nature and life. It has become a refuge for venous wild flora and fauna, with over 106 endangered species, including the musk deer, mountain goat, otter, golden eagle, mute swan, bean good, common Korean battering, Mongolian racerunner, Korean necklace pod and the vesper iris.

The DMZ is also a sanctuary for migratory birds, visited by rare and wild bird species from all over the world in early October. 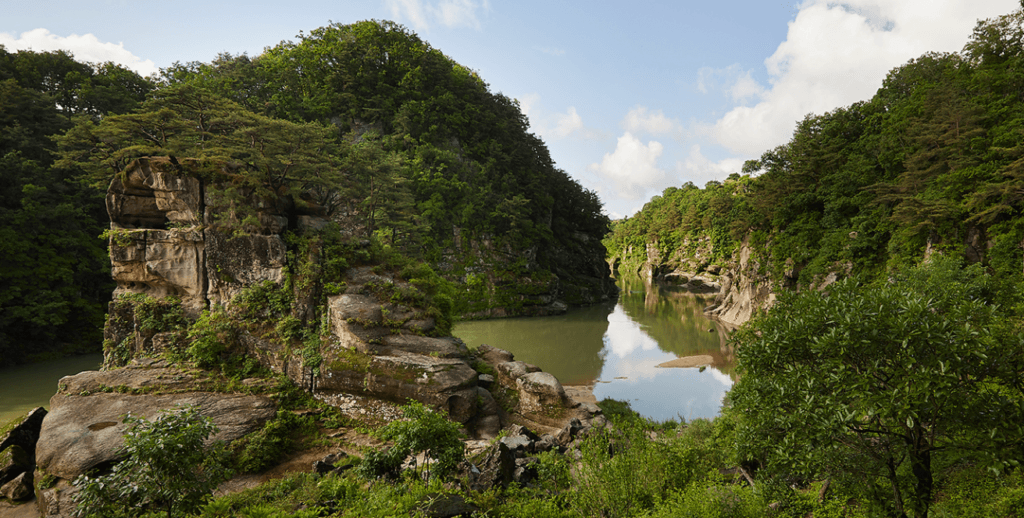 via Korea Culture and Information Service

Smithsonian Magazine reported that, before the Korean War, much of the wetlands area of the DMZ was cultivated farmland.

The Seoul-based newspaper the Dong-A Ilbo reported Thursday that some experts think the DMZ should be designated a UNESCO biosphere preserved through international support.

“The World Heritage Committee ambassadors at UNESCO have praised DMZ as a wonderfully preserved natural heritage, with potential to be registered as a natural reserve immediately,” Korean Ambassador to UNESCO Lee Byung-hun told the Dong-A Ilbo.

South Korea applied for registry in 2012 but was thwarted by North Korean opposition, according to the Dong-A Ilbo.

“The DMZ is not only home to various wildlife, but also to wetlands,” Kim Kwi-gon, professor emeritus at Seoul National University, told the outlet. “The region should be classified according to value, such as key areas with high preservation value and buffer areas. Other areas could be designated for economic cooperation and travel.”

Dong-A Ilbo reported that the National Institute of Ecology (NIE), affiliated by the Ministry of Environment, announced on Wednesday that 37.8 percent of the 267 endangered species in Korea are living in the DMZ.

The NIE regularly updates Koreans about the state of nature in the DMZ through videos it posts on its social media accounts.

The data collected in the DMZ took place from 2014 to 2017. Previous data has been collected starting in 1974.