Russia claims it has beaten the world by giving its latest $3.9 million main battle tank (MBT) a flushable on-board toilet.

The three-man T-14 Armata has been promoted by the Kremlin as the most sophisticated armored vehicle produced. It boasts an end to operators having to relieve themselves in ammunition boxes that have been nicknamed by some soldiers, “Putin’s Poo Tins.”

Soldiers can be on duty for days without stopping meaning that a more modern solution to their toilet needs had to be found, and Russian designers now believe they have the answer.

Ilya Baranov, from the defence firm that makes the hi-tech tank, told the Daily Mirror: “A major hassle is that crew cannot relieve their natural functions. The Armata provides for a crew to perform lengthy combat missions.

“That is why the so-called life support system or, simply speaking, a lavatory, is available.” 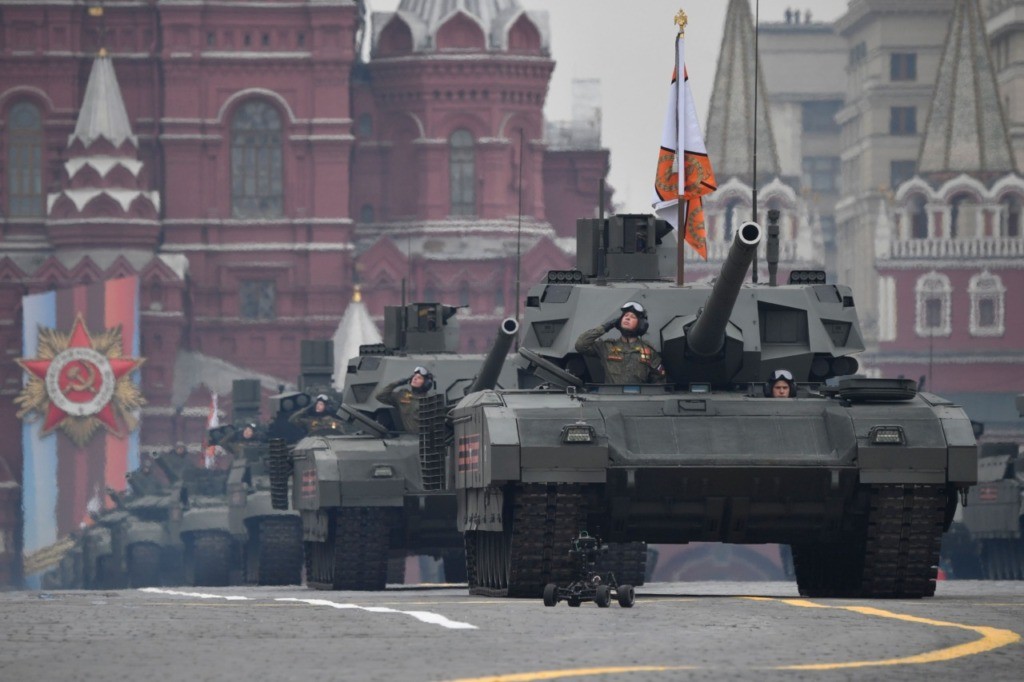 The Kremlin says the three-man T-14 is the most sophisticated armoured vehicle in military history.

It has computer software which locks on to targets, a 125mm smooth-bore cannon, two powerful machine guns, shell-resistant armour and a top speed of more than 50mph.

The hull is divided into three compartments, a crew cab at forward, an unmanned remote controlled turret in the centre and a power-pack at the rear. The driver sits in the left, gunner in the middle and commander in the right inside a special armoured capsule.

Entry and exit are provided through three hatches in front of the hull.