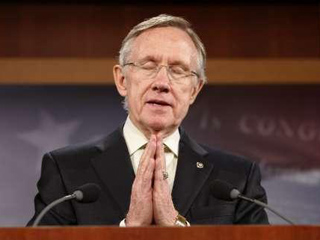 And what were those messages?

Axelrod said: “You know, I’ll let others assess responsibility. I think the main thing that we saw in Massachusetts was the same sense of concern on the part of middle class folks about the economic situation, about their wages being stagnant, about jobs being lost, about their economic security that’s been in jeopardy.

Translation: Coakley lost because the people of Massachusetts share the same concerns as the President; They all hate Bush, even if they don’t know it.

“I think that’s what we saw most of all coming out of Massachusetts, is there’s a tremendous amount of anger and frustration about where people are economically and whether this town is fighting for their economic well-being or fighting for the special interests well-being,” Gibbs said. “I think that’s what’s ultimately going to define more about the coming political battles and the upcoming election.

“Health care is an aspect of it, but this is far broader than that. There’s an anger and a real frustration. People’s jobs are being shipped overseas. As David said, they’re working harder, they’re working longer, they’re more productive, yet their wages are going down. That leads to the type of isolation and economic frustration that we felt for quite some time.”

Translation: Coakley lost because all of our talking points still apply.

Just in case you were confused, the President reiterates, [via Gateway Pundit]:

Messages heard? This White House could use a hearing aid.