In my Big Journalism piece, “How an Enviro-Advocacy Group Propped Up Global Warming in the MSM – A Nov 2 Election Connection” I described how the “reposition global warming as theory rather than fact” phrase is a viral accusation against global warming skeptic scientists. The beauty of the phrase is its simplicity and powerful influence, even when people misstate organizations associated with it. Al Gore disciples say global warming is a proven fact, all scientists know this, but a minority received massive energy industry funding to say the science isn’t settled. 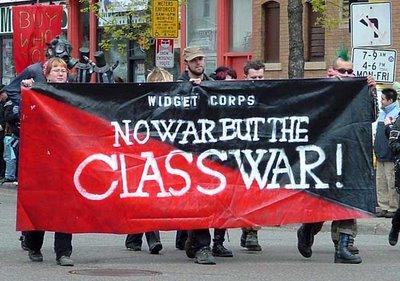 The phrase is prominently seen in Gore’s movie, full screen in red letters for six seconds, followed by a slide of a very old cigarette advertisement as a setup for the next slide where Gore quoted a supposedly leaked tobacco industry memo, “Doubt is our product, since it is the best means of creating a controversy in the public’s mind.”

Gore didn’t identify the origins of the “reposition” phrase in the movie, so errors occurring when it was repeated it are understandable. I’ve seen offbeat errors where blog writers say the phrase came from “a surgeon general”, that it was “a leaked government memo”, that it is part of “a movement by politicians to reposition global warming”, or that it was “memos circulated by some of today’s oil companies.”

Exxon Mobil has funded 40 different front groups that have all been a part of a strategic persuasion campaign to, in their own words ‘reposition global warming as theory rather than fact’

This is inexplicably contradictory to the book version of his movie – although it takes one additional step to understand why – when he says in reference to:

…a relatively small but extremely well-funded cadre of special interests, including Exxon Mobil and a few other oil, coal, and utilities companies…. One of the internal memos prepared by this group to guide the employees they hired to run their disinformation campaign was discovered by the Pulitzer Prize-winning reporter Ross Gelbspan. Here was the group’s stated objective: to “reposition global warming as theory, rather than fact.

As I pointed out in my July American Thinker article, Gelbspan is neither the discoverer nor a Pulitzer winner, and a careful examination of his 1997 book The Heat is On reveals he specifically said the “reposition” phrase came exclusively from the 1991 Information Council on the Environment (ICE) public relations campaign, created by group of utility and coal industries.

Utility and coal, not oil – or oil industry associations.

However, in-depth internet searches of the “reposition” phrase, turn up incorrect associations with two other organizations, the Global Climate Coalition (GCC) and the American Petroleum Institute (API). When I saw first saw that error, I thought it was a simple mistake, but after finding similar ones from prominent writers Mark Hertsgaard and the late Molly Ivins, it prompted me to write an August 2010 piece detailing the appearance of a Hertsgaard / Ivins / Gelbspan connection, and a troubling set of questions arising from it. The Hertsgaard May 2006 Vanity Fair article I quoted there was cited in a Wikipedia entry lasting from August 2007 to December 2009. It was removed under an argument (seen on Wikipedia’s Talk page under “This section for any rmvs done by Ling.Nut”) saying associations between GCC and Gelbspan’s “reposition” phrase were…

…not established by flat assertions that are little more than slapping a single label on a number of groups.

The ’07-’09 Wikipedia entry explains references copied from it. It doesn’t explain others:

We have a good tool at hand to help us: the Global Climate Coalition, of which we are already a member…. we have to sponsor scientists who have a strongly skeptical stance…they will weaken the mainstream science of climate change in the eyes of the public…This will reposition global warming as theory rather than fact.

The exercise’s Part B reference section (PDF file pgs 18 & 19) cited Gelbspan’s articles, book and his heatisonline.org web site, along with Ozone Action, their spin-off web site (specifically criticizing the GCC), and the same Sheldon Rampton I mentioned near the end of my prior Big Journalism article (Rampton cited Gelbspan for his source of the “reposition” phrase). Nowhere in those references is a direct association of the “reposition” phrase with the GCC.

[Myron] Ebell was also part of the ‘Global Climate Science Team’ formed by ExxonMobil at the American Petroleum Institute in 1998 which sought to undermine public understanding of and confidence in global warming science…This was the team executing the plan to ‘reposition global warming as theory not fact’ according to leaked campaign strategy memos.

At Altman’s page, his second sentence links to a Greenpeace PDF file of the API’s “Global Climate Science Communications Action Plan”, which contains no form of the “reposition” phrase.

The API and other Oil Company Defendants have engaged in concerted financial activity–far in excess of $1 million–in furtherance of a tortious civil conspiracy to ‘reposition global warming as theory rather than fact.’

Its footnote cites a Seattle Times article, which references Ross Gelbspan (6th paragraph from the bottom),

Over the past decade, coal and oil interests have funneled more than $1 million to about a dozen individual global-warming skeptics as part of an effort to “reposition global warming as theory rather than fact.”

‘Oil interests’ and the “reposition” phrase is as close as the article ever gets, it never directly mentions the API.

The last point about one of the three major global warming nuisance lawsuits is critical. The October 23, 2010 issue of the weekly UK New Scientist magazine featured an article titled “Climate change battle moves to courtrooms”. These excerpts point to some troubling tactics (1st excerpt is in the free preview, the rest require a paid subscription):

It’s early days, but the battle could emulate the one that was fought in American courtrooms against the tobacco industry in the 1990s….

With the UN climate negotiations stalled and the US cap-and-trade bill in tatters, groups of individuals are turning to the courts. The Kivalina case is just one of three unusual cases that are winding their way through the US legal system….

The inhabitants of Kivalina have argued that some companies have “conspired to create a false scientific debate about global warming in order to deceive the public”.

The Kivalina lawsuit, led by Matt Pawa, relies on the idea of a tobacco industry-like ‘false scientific debate’, in page 48:

Another front-group formed by industry was called the “Information Council on the Environment” (“ICE”), which was formed by Defendant Southern Company along with [the Edison Electric Institute], the Western Fuels Association, and the National Coal Association…. Internal documents from ICE revealed that the goal was to ‘reposition global warming as theory’ not fact.

For this, Pawa cites the same Sheldon Rampton I noted above. Oddly, Pawa also cites a 1991 NY Times article (3rd paragraph) that – except for Gebspan, as I will detail below – nobody else mentions as one of the first media outlets to ever publicize the “reposition” phrase.

Also worth considering is that Pawa was one of the defending attorneys in the Western Fuels Association v. Turning Point Project lawsuit (last page of the motion to dismiss) in which Western Fuels sued environmentalist groups in 2000 – including Ozone Action – for commercial defamation. The lawsuit was dismissed in April 2000.

His Ozone Action connection continues with a PDF file link at his own web site (not actually seen there but via SourceWatch.org, reference #5, a web site Sheldon Rampton created). Pawa’s link is to a July, 2000 Corporate Legal Times article, where a plausible inspiration from an Ozone Action worker is perhaps seen in its last four sentences:

Attorney David B. Hunter, executive director of the Center for International Environmental Law in Washington D.C., and a board member of Ozone Action, declines to make any direct comparison between the GCC and the Tobacco Institute.

But, he says, “if one were building a [climate change] case, part of the evidence would be what company X was doing during the time when it should have been doing research on alternatives.”

You could argue, according to Hunter, that if a company were running a counter-propaganda campaign, or helping to finance one, it could be liable under tort theories.

“That would be my argument,” he says. “I hope to make it some day.”

Pawa beat Hunter to the opportunity only a year later in the formation of the Connecticut lawsuit, via a connection to the Natural Resources Defense Council. According to Pawa in this article (3rd paragraph from the bottom),

The Connecticut attorney general’s office called me back in 2001; they had seen a memo I had written, outlining some initial thoughts on how this could be done, which NRDC had shared with them, and they were intrigued by it so they called me in for a meeting.

In this Craig Segall / Environmental Law Institute interview (PDF file pg 13 1st paragraph), Segall gives the credit to Pawa on no uncertain terms, in a narrative of how his proximity to NRDC offices and his work on the Western Fuels case led him to form the Connecticut lawsuit:

Connecticut was designed to mobilize the old common-law doctrine of nuisance to allow suits directly against emitters. It was largely the vision of one man…

There is one more intriguing tie in this entire situation involving Pawa: Ross Gelbspan oddly volunteers at his own web site (2nd paragraph from the bottom) that in 1991:

…the ICE program was discontinued when it was exposed by a trade paper, The Energy Daily, as well as by The National Journal, The Arizona Republic and The New York Times.

I found the NY Times story, but nothing about other article titles, authors and dates, except for references to The Energy Daily made in………… Matt Pawa’s writings, including a chapter in a book edited by Clifford Rechtschaffen and Denise Antolini. The Energy Daily‘s article title includes words in the ICE campaign’s preliminary planning recommendations, seen at this Greenpeace archive scan page 17, 3rd & 4th paragraphs.

Perhaps “ties” or “connections” or “erroneous associations” are too mild of terms. Red flags, perhaps?

With many red flags, most notably an accusation relying on a memo not seen in full context even in lawsuits having the potential to reshape multibillion-dollar industries, a simple question must be asked: If no parallel is established between skeptic scientists and highly questionable tobacco industry maneuvers, do the Comer and Kivalina lawsuits unravel because they depend so heavily on the “reposition” phrase, and does the Connecticut case also crumble with other arguments about human-caused global warming, if the skeptic scientists’ criticisms of IPCC assessments are not corrupted?

There is more critical question: rather than a tobacco industry-style parallel to confuse the public about the causes of global warming, does it appear such a parallel was fabricated when none existed, which led the public to believe the IPCC has no legitimate opposition?