Nothing changes so much as it stays the same. The Democrats continue to be relentless in their determination to expand all levels of government, and Republicans, despite just coming off an historic electoral victory nationwide, still don’t get it. 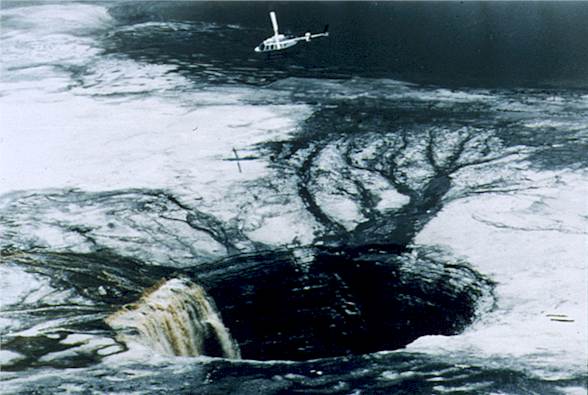 It would be impossible, under normal circumstances, to imagine that Democrats in Congress, having gone through what they have for the past two years, do not yet have their facts straight. They still are mired in the rhetoric of the past, and apparently are determined to remain there.

Republican colleagues want huge tax breaks for the richest people in this country, but the reality is that the top one percent already — today — owns more wealth than the bottom 90 percent,” he said. “How much more do they want? When is enough enough? You want it all?

Just for the record, let’s put the facts on the table and burn them into the consciousness of every single Republican in Congress.

See all of this and more in the table provided below by the Tax Foundation.

Now don’t forget, these are just federal income taxes. Not included are payroll taxes, state income taxes, local taxes and everything else. Nor are the increasingly burdensome regulations government has foisted on us.

When all taxes are included, these tax rates about double. In other words, taxpayers work on average for an entire quarter each year just to pay taxes. Upper income groups work much longer. When cost of regulation is added, average Americans work over seven months of the year just to comply with the demands of government.

Now, the Republicans thought they got a good deal with Obama. What planet are they on? Since when has Obama negotiated on behalf of all the Democrats? Since when have Nancy Pelosi and Harry Reid not demanded to have their pound of flesh? Who on earth goes into a negotiation with two thirds of the negotiating parties missing?

When the Hell are you going to learn?

According to the Congressional Budget Office, the tax increase resulting from expiring Bush-era tax law would add about $400 billion in revenues to the federal treasury over five years, a paltry $80 billion per year, and most of that burden will fall on the middle class, not the rich. There are two provisions that actually add to the deficit, both were proposed by Obama:

While most Bush-era tax cuts remain in place, the death tax will come back at a punishing 35 percent rate for estates over $5 million. That is better than if cuts expire altogether, (55 percent for estates over $1 million), but why do we even have a death tax at all? It raises little revenue and is one of the most grossly unfair examples of double taxation on the books.

There is another problem with Obama’s discussion on “tax cuts.” His rationale was that “tax cuts” will stimulate the economy and help ward off recession in 2011. Some pundits are saying that Obama is finally doing a Bill Clinton and moving to the center. (Hey, maybe that’s why he decided to let Clinton take over for a while.) Of course to the extent he even moved to the center, Clinton was forcefully shoved there by Congressional Republicans.

Obama actually admits that tax cuts will help the middle class. And he’d be right, if he were talking about significant cuts. But his $20 per week temporary payroll cut is just not going to do it, sorry. Instead, it is a deliberately false argument that sets us up for nationwide disappointment when neither tax cuts nor economic recovery appear.

Harry Reid backed Obama’s mischaracterization of the tax bill. As quoted by Stephen Ohlemacher of the Associated Press:

Remember, extending the current tax structure is not a tax cut. Allowing the Bush cuts to expire would be a tax increase and would make much things worse, but they are bad enough already.

So in 2011, when Obama’s lousy economic policies continue to wreak havoc on the economy, he will then be able to blame the “Republican tax cuts for the rich” that he supported because America was being “held hostage” on unemployment benefits. It is merely a new twist on the same old tired Democrat class warfare rhetoric. Nothing changes so much as it stays the same.

Finally, the temporary extension was timed to make this an issue for the 2012 Presidential campaign. Because of the Democrats’ old media monopoly, still the source of news for most Americans, this will play to their advantage no matter what happens.

The latest news suggests that Democrats will support this deal, now that a few sweeteners have been added. I will not hold my breath. House Democrats voiced their displeasure on Thursday, and while it was a non-binding vote, there were mumblings of a counter-proposal, no doubt restoring the death tax and higher taxes on higher income people.

So who really knows what will happen? But what bugs me is the apparent gross negotiating incompetence of Congressional Republicans. Maybe I am all wrong and they engaged the Democrats with some grand Machiavellian plan, but this has all the hallmarks of a classic Democrat bait-and-switch game designed to force Republicans to accept more and more compromises while making them culpable for the end result.

The American people have been speaking loud and clear for the past two years, and put words into action this past November 2nd. Note to Republicans: We won! Get used to it! And start earning the victory we gave you!