As the battle of the budget wages on, the March 4th D-Day moves inexorably closer, and with the Continuing Resolution passed in the House of Representatives early this morning, including two amendments by Rep. Steve King (R-IA) to defund Obamacare, the media is increasingly raising the specter of a possible government shutdown. What every Republican, every patriot, every person conceivably affected needs to understand is how this will impact average Americans. 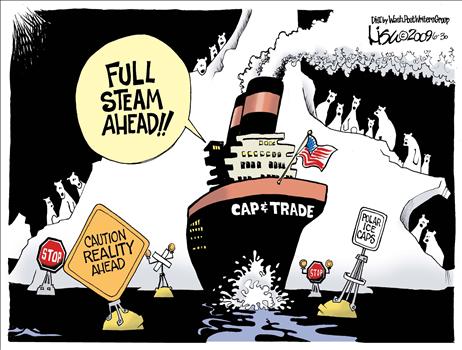 Will airports shut down because air traffic controllers have gone on leave? Will those mean Republicans throw granny out in the street when Social Security stops sending payments? Will everyone who receives checks in the mail see their income dry up because the Post Office shuts down?

The Democrats will tell you that and more. A Google search of “government shutdown” brings up pages describing dire consequences. But if you follow the links you will see that this is more a reflection of leftist web domination than anything else.

The greatest consequence of a government shutdown will be the Democrat-generated media hysteria we will have to put up with unless/until they get their way. They will demagogue at every opportunity, describing fantastic scenes of nationwide anarchy. They will do what they always do, about the only thing they do well, and in fact have already begun doing:

Kelly’s assertions are simply not true. One need look no further than the federal government shutdown of 1995 for proof. During the nearly four-week shutdown, Social Security checks were not mailed and Medicare/Medicaid reimbursements were disrupted.

The whole article is a carefully constructed deception–an echo chamber for Democrat demagoguery. Follow the links. They’re hoping you won’t.

The first link goes to a Wikipedia entry that describes the 1995 shutdown. No mention of social security checks. The second goes to an article at Talking Points Memo, the hard left smear site. It simply quotes more Democrats, like Clinton Treasury Secretary Robert Reich and Donna Shalala, then HHS Secretary. She said, “It was a mess, frankly, and devastating to the civil service… It seems to me it’s un-American…”

Devastating to the civil service…

I find that telling. Her biggest concern is the impact on… government. And what a joke. We are talking about two shutdowns here, one of five days and another of three weeks–merely a long vacation for most government bureaucrats.

Un-American? Well, she should know.

Think Progress even absurdly cites a report by the Center for American Progress. The Center is run by far, far left, former Clinton Chief of Staff John Podesta, and described by former Weather Underground Obama supporter Mark Rudd as “Obama’s government in waiting.” Yet another echo chamber.

The Think Progress article then cites some statistics from a 2004 Congressional Research Service report on government shutdowns, implying that the CRS concurred regarding all these ill effects of the shutdown.

The Congressional Research Service is one of the few remaining organizations within the U.S. government that produces serious, unbiased analysis. Part of the Library of Congress, it is the go to organization when members of Congress want the unvarnished truth. By citing CRS, Think Progress attempts to impute integrity to their fraudulent propaganda. Once again, they are hoping you don’t look up the actual report, which they did not link to.

The CRS report is explicit regarding those government services that will not be disrupted. Cut and pasted directly from the report:

A 1980 Office of Management and Budget (OMB) memorandum defines “essential” government services and “essential” employees as those:

Let me be absolutely clear here. There will be no disruption in Social Security, welfare, civil service retirement, or any other kind of open-ended mandatory program payments. The mail will not stop because the Post Office is largely self-funding (with you know, those stamps you buy to mail things with). Air traffic controllers will not go on furlough, jets will keep flying, the Border Patrol will keep on attempting to secure the border that Janet Napolitano wants unsecured, and our military will stay in the fight, however poorly and treasonously led by the current Commander-in-Chief.

Notice that the CRS Report link is directly from the Democrats’ House Rules Committee website. So the Democrats know all this, but they blatantly lie about it. They have an advantage in doing this because the media relentlessly echoes their message.

The Republicans’ job from here on in is to point out the facts. Every Republican in Congress should be pounding out this message. In 1995, they utterly failed at this, when Newt Gingrich reportedly made it all about him, suggesting he threatened a shutdown because Bill Clinton dissed him on Air Force One. Forget Newt for President.

Republicans also must pound the airwaves with reminders that a government shutdown would be due entirely to Democrat intransigence. Republicans are merely trying to keep their pledge to the American people, who in November of 2010 sent an unmistakable message to the Democrats: knock it off!

One possibility remains. Given his penchant for defying law and the Constitution through regulatory subterfuge, President Obama could possibly change the ground rules and crank up the pressure by actually ordering the Social Security Administration to stop sending checks. Once again, it will be incumbent on Republicans to explain that Democrats are choosing to do this.

This is a critical juncture in our Nation’s history. Republicans must demonstrate some intestinal fortitude for a change. A few days ago, I posted an article demanding that Speaker Boehner put up or shut up by allowing amendments to the Continuing Resolution that would defund Obamacare. Given that the bill passed the House with such provisions, it appears he decided to put up.

Speaker Boehner and House Republicans, you have the voters on your side, you have the facts on your side, and never in our history has it been more important for you to take a principled stand. Do not back down in the face of the Democrats’ government shutdown threats. We don’t want that, but if Democrats insist on continuing to trash our country, I say, “bring it on!”