On Twitter, there are widespread reports about fistfights and people bringing guns to gas stations, thanks to gas shortages in New York and New Jersey. Some on Twitter are also reporting that law enforcement has been stationed around many gas stations to prevent incidents:

This Hess gas station has shut down because of fighting for gas. We’re in Long Island City. @ny1headlines twitter.com/SamLembeck/sta… 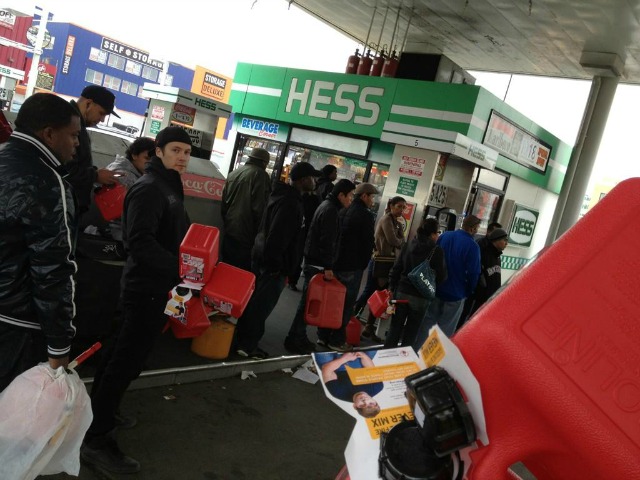 Just watched two people beat the shit out of eachother in the gas station….On the bright side i have a full tank of gas now!!. #yay

All gas stations look like this today ….cnt even see the station twitter.com/DEBO18410/stat… 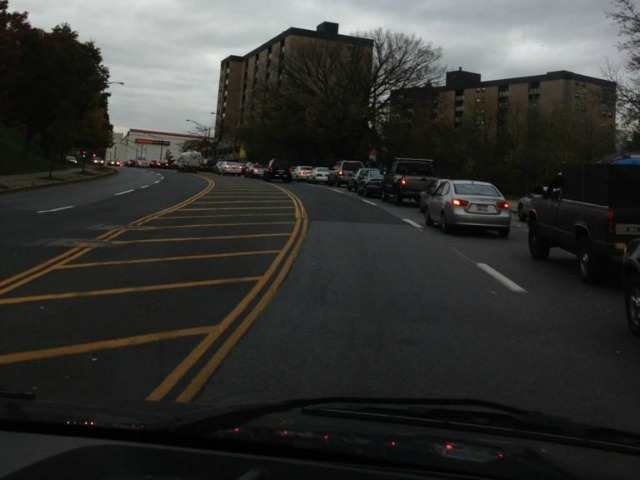 2hrs at line in Rt23 in Butler. Got to pump They ran out of gas two cars before me.On reserve and can’t make it to other station #njgas

Watching the breakdown of society at a gas station on Long Island. #sandysucks

fightss at the gas station #madness

Pretty much every gas station in jersey now. twitter.com/InternetsMike/… 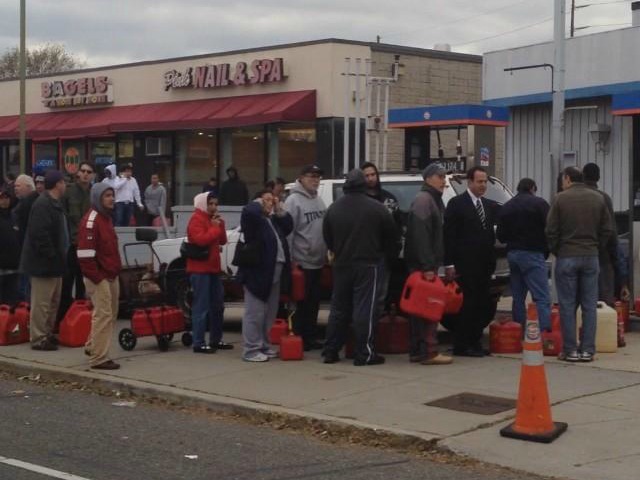 #shell gas station in Brooklyn still without gas. They do have diesel and are servicing all diesel vehicles. #startingtogetcoldinlivetruck