A failed game designer and professional victim most famous for cheating on her boyfriend and inspiring a year-long hate campaign against video game enthusiasts has tweeted that she will be speaking at the United Nations this week as part of a panel called “Cyber Violence Against Women & Girls: A Worldwide Wake-Up Call.”

The initial reaction from many of you was surprise that a person of such chequered history would be given the opportunity to speak on a global stage. I’m here to tell you that you are wrong. Zoe Quinn and the United Nations are a match made in Heaven. Both parties have an extensive history of appalling behaviour, are completely incompetent in their chosen fields, and are really only interested in self-promotion and self-perpetuation in a world that was fascinated by them once but these days really couldn’t give a shit.

Quinn is the video game developer – in the loosest and most forgiving definition of that term – who served as a flashpoint for #GamerGate, the consumer revolt against the authoritarian Left’s incursion into gaming and the unethical gaming press that serves as its entry point. Quinn hasn’t done much developing recently, because she is busy with a Kafkaesque “anti-harassment” project called CON. (The “Crash Override Network”… I wish I was making it up.)

I say Kafkaesque because Zoe Quinn, like most of the intersectional feminist left, exists in a quantum superstate between aggressor and victim, provoking, demonising and ridiculing people she doesn’t like and then instantly crying foul when they respond in kind, retreating into damsel-in-distress mode and calling on men she’s slept with (allegedly) or tried to sleep with (allegedly) or who have tried to sleep with her (allegedly) in order to brand her enemies – most of the rest of the world, it seems – as “bullies,” “abusers” and “harassers.”

I note with interest that Quinn failed to mention that Anita Sarkeesian is also speaking on her panel. Figures. The first rule of professional victimhood is to never make yourself second banana to someone even more famously victimised than yourself. (Can you even imagine how pissed off Brianna Wu must have been not to get an invite?) 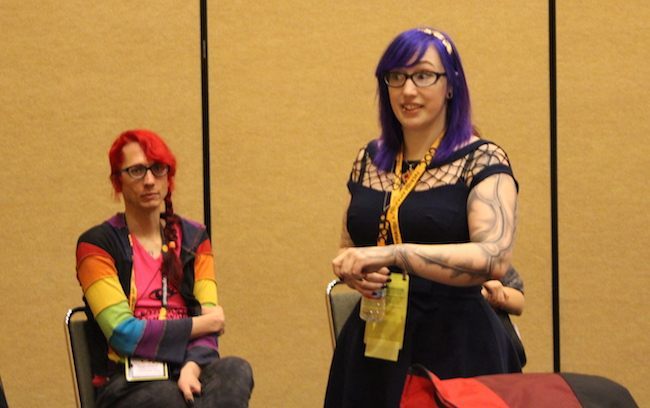 Once in a while, Quinn descends from her lofty internet perch of hypocrisy, self-aggrandisement and malice, taking a break from the exhausting duties of being a white middle-class feminist to lecture the world on precisely the sort of behaviour of which she herself was guilty before she realised that, to the media and the authoritarian-progressive political establishment, victimhood is a perfectly acceptable alternative to talent.

This UN panel is Zoe’s next stop on a government tour that previously saw her provide a briefing to US congressional staffers and representative Katherine Clark, a Democrat from Massachusetts. The briefing, which allegedly cost several thousand dollars to secure, had, as expected, no real outcomes. Representative Clark did write an op-ed in The Hill called “Sexism in Cyberspace,” which urged the Department of Justice to investigate online threats.

The only problem with this argument is that the real quantifiable threats are almost always against people Quinn doesn’t like: that is, gamers, not feminists. Sure, feminists get the odd disobliging tweet, but real-world bomb threats in Florida and even Washington, DC have only ever been deemed credible by the police when directed at gamers. 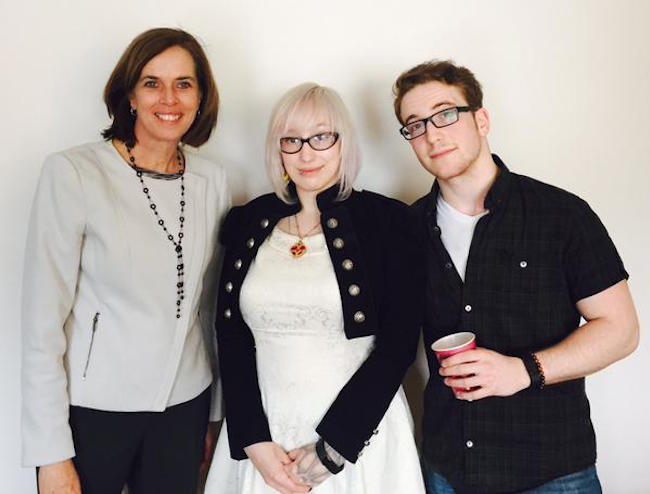 Quinn has a frustratingly foxy boyfriend, Alex Lifschitz, whose father, it is rumoured on the internet, sells drones to Netanyahu. When Lifschitz sours completely on women following his inevitable, catastrophic break-up with Zoe, I’d welcome him calling in a strike on me any time. Though he’ll have to ditch the faux feminism first.

Anyway, as I say, Ms. Quinn is the perfect UN representative on cyber-violence. After all, this is the governing body that put Iran in charge of a conference on disarmament, whose human rights council includes Venezuela and China, and which spends its time condemning Israel instead of addressing true human rights disasters like North Korea.

This week Saudi Arabia – Saudi Arabia! – was given a special role related to human rights, to the chagrin of those who watch the Middle East closely.

Having finally brought peace to the Middle East, the UN now aims to stop folk saying mean things to each other on Twitter Dot Com.

The UN also has a grand tradition of questionable ventures which should help the stunning and brave women of anti-GamerGate feel at home. The UN Oil-for-Food programme was essentially a more ambitious version of a Patreon account for UN officials, and delivered on its promises about as well as Anita Sarkeesian’s Kickstarter.

The United Nations has hosted Muammar al-Qaddafi, who called it a terrorist organisation. It gave a platform to Mahmoud Ahmadinejad for him to rant conspiratorially about the Jews. Sudanese President Omar al-Bashir disavowed genocide to the UN, which was all the evidence the organisation needed to not take action in Darfur. And Yasser Arafat took its stage as well, also to rant about Jews.

I don’t remember “give a platform to anti-semites” in the Millennium Development Goals, but perhaps I wasn’t paying close enough attention. What’s next, Ban Ki-moon: David Duke for head of the Racial Harmony Commission?

Finally, of course, the UN has been actively defending the child sex abuse and pedophilia of its peacekeeping forces in places like Haiti and Sudan, an activity social justice warriors are also keenly familiar with and anxious to protect. Can anyone think of a more fitting UN invitee for a panel about cyberbullying and harassment than Ms Quinn? Not I, dear reader, not I.