GOP frontrunner Donald Trump is blaming a “young intern” for a retweet on his Twitter account that questioned the brain function of Iowa voters following a new Hawkeye state poll that showed Trump slipping to second place behind competitor Dr. Ben Carson.

As the CBS affiliate in Miami, Florida reported: 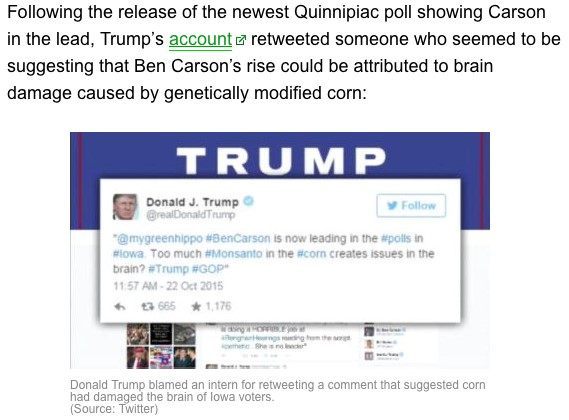 Trump later deleted the retweet and posted his own tweet blaming a young intern for retweeting the comment about Iowa voters.

“The young intern who accidentally did a Retweet apologizes,” Trump posted on Twitter.

The young intern who accidentally did a Retweet apologizes.

The recent Quinnipiac poll is the first in several months. that doesn’t find Trump in first place.