Elle magazine’s December issue features an article that denounces Newsweek for its cover showcasing “America’s Abortion Wars” with a photo of a “Pixar-cute” fetus that looks “more like a baby” than an “actual pregnancy.”

Sady Doyle writes she is “flabbergasted” by Newsweek’s cover photo of the unborn baby that has “no sign of the actual person in whose uterus it is presumably housed,” especially after what she terms was a Planned Parenthood “terrorist attack.” 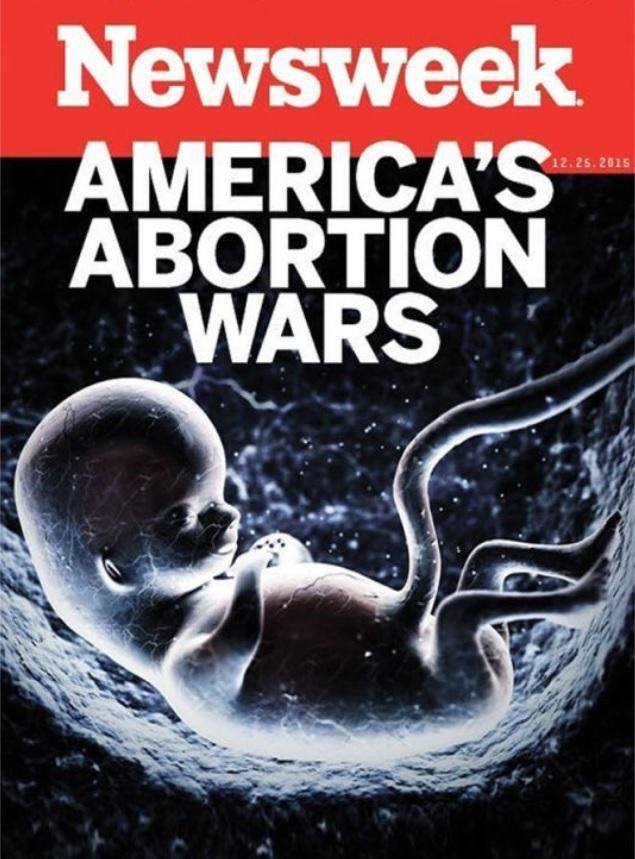 Like many pro-abortion individuals eager to associate the tragic event in Colorado Springs with the pro-life movement, Doyle ignores the fact the shooting was committed by a deranged man – unknown to the pro-life community in the area – who registered to vote as an “unaffiliated female” and has been ordered by the court to undergo a psychiatric examination because he appears to be mentally incompetent to stand trial.

Doyle describes the photo of the unborn baby:

At a guess, it looks to be between twelve and fourteen weeks along – just at the upper limit of the fetal age for most abortions, or a bit older – although given the nature of its digital, um, “improvements,” it’s hard to tell. For one thing, if the Newsweek fetus is twelve weeks along, it looks about five times bigger than the translucent, two-inch-long fetuses you normally find at that stage; this image looks less like an actual pregnancy, and more like an adorable computer-generated alien.

Or, to be blunt: More like a baby. And, given the presence of the word “ABORTION” in all caps, we can assume it’s not going to be around for long. Intentionally or not, the Newsweek cover sums up what’s wrong with how we talk about abortion: Everything is about the fetus, which is humanized, and the actual pregnant person is erased.

Doyle continues with the usual myths propagated by the abortion industry about why abortions occur past 12 weeks of pregnancy, i.e., “the pregnancy is in many cases not healthy;” “the mother’s life is at risk;” “severe birth defects that don’t show up until later in the pregnancy.”

A 2013 study, however, published by the Guttmacher Institute’s Perspectives on Sexual and Reproductive Health, compared the reasons women give for delaying abortion in the first trimester of pregnancy versus late-term. Researchers Diana Greene Foster and Katrina Kimport concluded both groups (first trimester and late-term abortions) of women have similar characteristics.

Those women in the late-term abortion group also gave reasons for delaying the procedure of “difficulty securing insurance coverage,” “difficulty getting to the abortion facility,” and “not knowing where to go for an abortion” more often compared to women in the first-trimester group.

For many years, abortion-rights advocates have asserted that abortions after 20 weeks are performed because of maternal health complications or lethal fetal anomalies discovered late in pregnancy.

However, wider data from both the medical literature and late-term abortion providers indicates that most late-term procedures are not performed for these reasons.

Consequently, not only were threats to the life of the mother or serious fetal anomaly not given as reasons — issues abortion rights activists have long claimed are the main reasons why late-term abortions are performed — but neither was rape.

Doyle’s main concern is that, with its cover photo, Newsweek has taken attention away from women and their beloved abortionists – on whom, of course, feminists want all the attention.

“It ignores Robert Lewis Dear’s victims, murdered abortion doctors, and rape victims forced to carry their rapists’ children to term,” Doyle writes, again ignoring Guttmacher Institute’s research. “It erases poor women forced to have children they can’t afford, and people who aren’t able to pursue educations because they had children too early. It leaves out any person who wants to control their own body, but can’t, because of abortion restrictions.”

In short, as MRC Newsbusters observes, Doyle would simply like to ignore “the 57 million American babies lost since legalized abortion…”