Airline passengers flying into Baltimore Washington International Airport (BWI) can look down and see a new, bold, controversial political sign in the days leading up to Maryland Republican primary. A giant orange “TRUMP” sign is on the roof of a house directly under the approach for BWI.

Donald Trump has a double digit lead in the Republican primary in Maryland, but the blue state is making many of his supporters hide their vote. But one retired police detective decided to fight back– in a “yuge” way — after his 12-year old daughter was bullied at school for backing the billionaire developer. 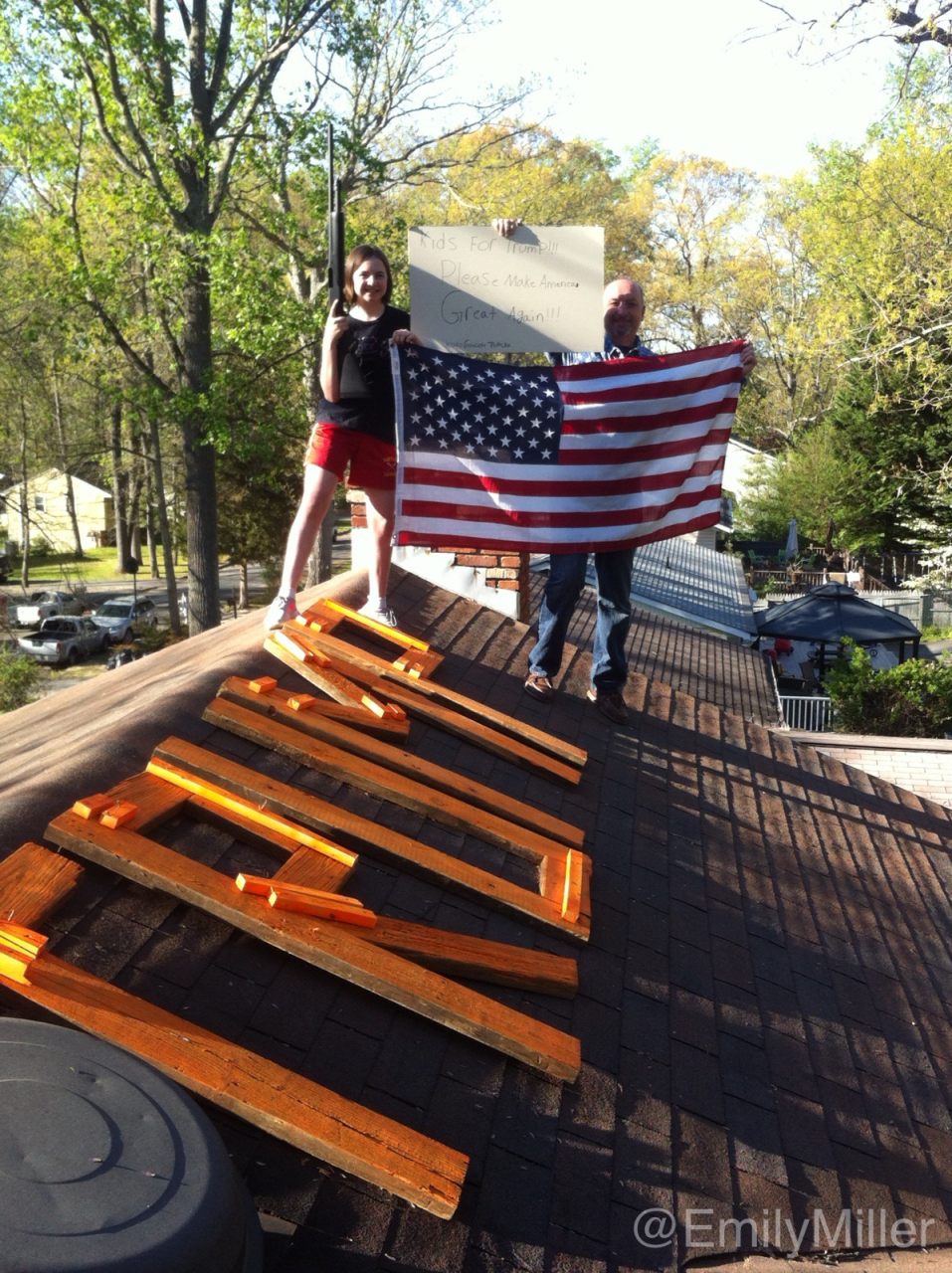 John Paprcka retired from DC’s Metropolitan Police Department earlier this year after being a police officer for 25 years. So he decided to use his new spare time to build the big TRUMP sign on his roof to boost support among Marylanders at arrivals. Det. Paprcka used his neighbor’s old decking and built individual, four foot tall letters. He then spray painted them orange and installed them on his roof. He also put a smaller version on his mailbox to catch the drive-by voters.

Det. Paprcka’s personal mission was to teach his daughter Graceyn to not back down from her beliefs. He said she was getting “picked on at school because she said she likes Trump.” Graceyn added her own handmade, political sign to the roof: “Kids for Trump!!! Please Make America Great Again.” While on the force, Det. Paprcka wasn’t allowed to be open about his political beliefs. “As a retired D.C. cop, I can now speak freely,” he explained about why he is suddenly going public with his political stance. “I built the sign because I believe in Trump,” he said. “Guess that makes me part of the silent majority.”

The detective said that his neighbors have had “mixed” reactions. “A stranger knocked on my door, and asked if I was the homeowner,” he recalled of some positive support. “He then asked where I got the Trump sign by my mailbox — he wanted one.”

With the sign being seen by every plane that comes to the biggest airport in the state, what does he hope happens now? “I hope Trump flies over and sees it,” said Det. Paprcka.