A member of the Clinton campaign joined in shaming an NBC reporter after he wrote about Hillary Clinton’s embarrassing coughing attack in Cleveland Monday, with left-wing bloggers and a former White House speechwriter also mocking his writeup of a public event.

“Dear Andrew, Get a life. Thanks. Nick,” wrote Nick Merrill, the traveling press secretary for Hillary Clinton, linking to a comment from journalist Jonathan Alter insisting that the story “ain’t news.” 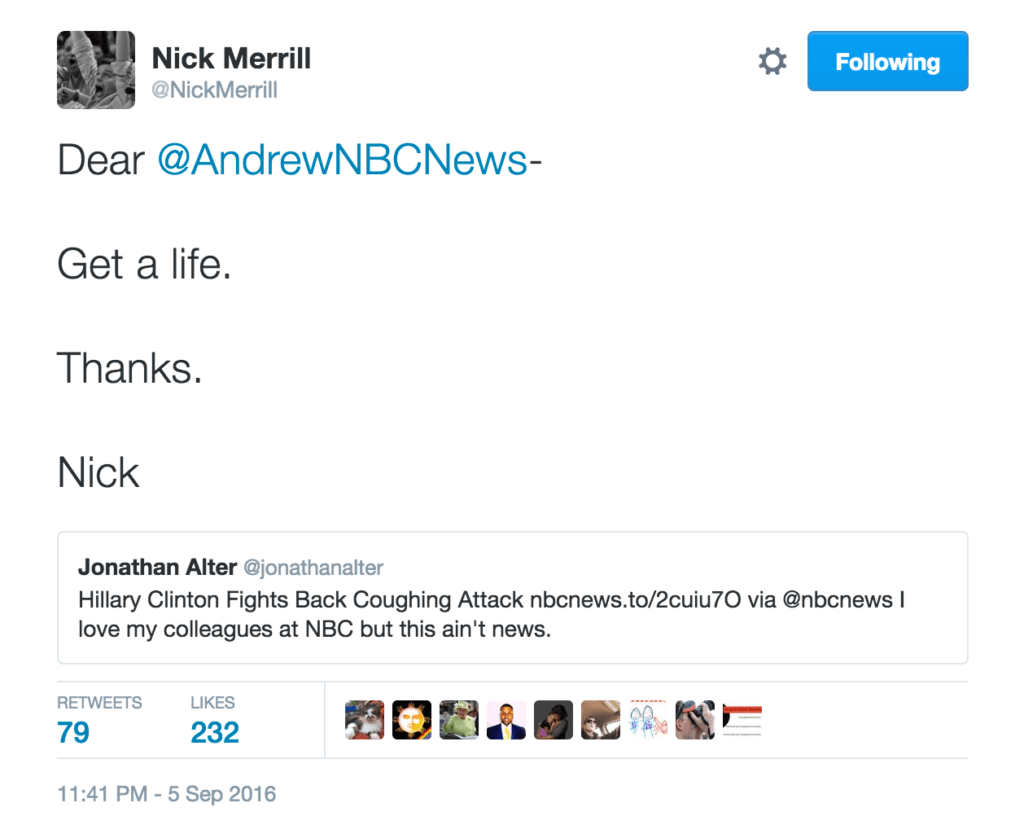 Merrill’s tweet was directed at NBC News reporter Andrew Rafferty, who wrote that Clinton “struggled to fight back a coughing fit.”

In response, Merrill’s followers taunted the NBC reporter saying that he should be embarrassed to call himself a journalist, suggesting he was paid by Donald Trump and urged him to “delete your network.”

The article was linked on the Drudge Report’s banner, sending a flood of readers to the NBC News website.

“Is there anyone at NBC, or anywhere else, who’s willing to defend this story?” Favreau asked on Twitter, sending more online hate towards Rafferty.

Vox’s Matthew Yglesias joined the attack. “They seriously ran this story?” he asked, linking to the headline, prompting his followers to tell Rafferty to “delete his career.”

During the speech, Clinton repeated that the cough was sparked by allergies, a claim that her campaign repeated after the rally.