President Obama, Secretary Clinton, and Jeb Bush (remember him?) have declared with one voice: America doesn’t need border walls. Meanwhile, around the rest of the Western world, walls are springing up in order to defend the sovereignty of nation states.

Walls aren’t a new phenomenon, as even CNN admits. But the rate at which they’re springing up is certainly unprecedented. At least 65 countries now have border walls or barriers, making this one of the few times in recent history where America has been “behind” on an issue.

I say America. I mean the U.S. political establishment, because we know according to new CNN polling (yeah, I know!) that at least 41 per cent of people are in favour of Mr. Trump’s long-touted wall being built. This ignores the “shy builders“: people who won’t tell pollsters they back the wall, but secretly do.

Now Britain is building a wall. Okay, it’s only a 4-metre high wall, but it’s a concrete wall nonetheless and its aim is clear: stop migrants attempting to enter the country illegally. The reason is simple: walls work. It just depends on what your aim is.

If you intend to have porous, or no borders, then don’t build a wall. If your intent is to secure your country and enforce the law of the land: you have to erect barriers. This is why Hillary Clinton herself was in favour of border fences as recently as 2006, still bragging about it in 2015. But clearly her marching orders have changed.

This is the world the globalists have created with mass migration, endless wars, and even stupid drug policies.

Even the left-wing Slate magazine was forced to admit: “…the Israeli fence is very efficient. The number of fatalities from terror attacks within Israel dropped from more than 130 in 2003 to fewer than 25 in 2005. The number of bombings fell from dozens to fewer than 10”.

The country has barriers with the West Bank, Gaza, and Egypt, and is now constructing a barrier with Jordan. 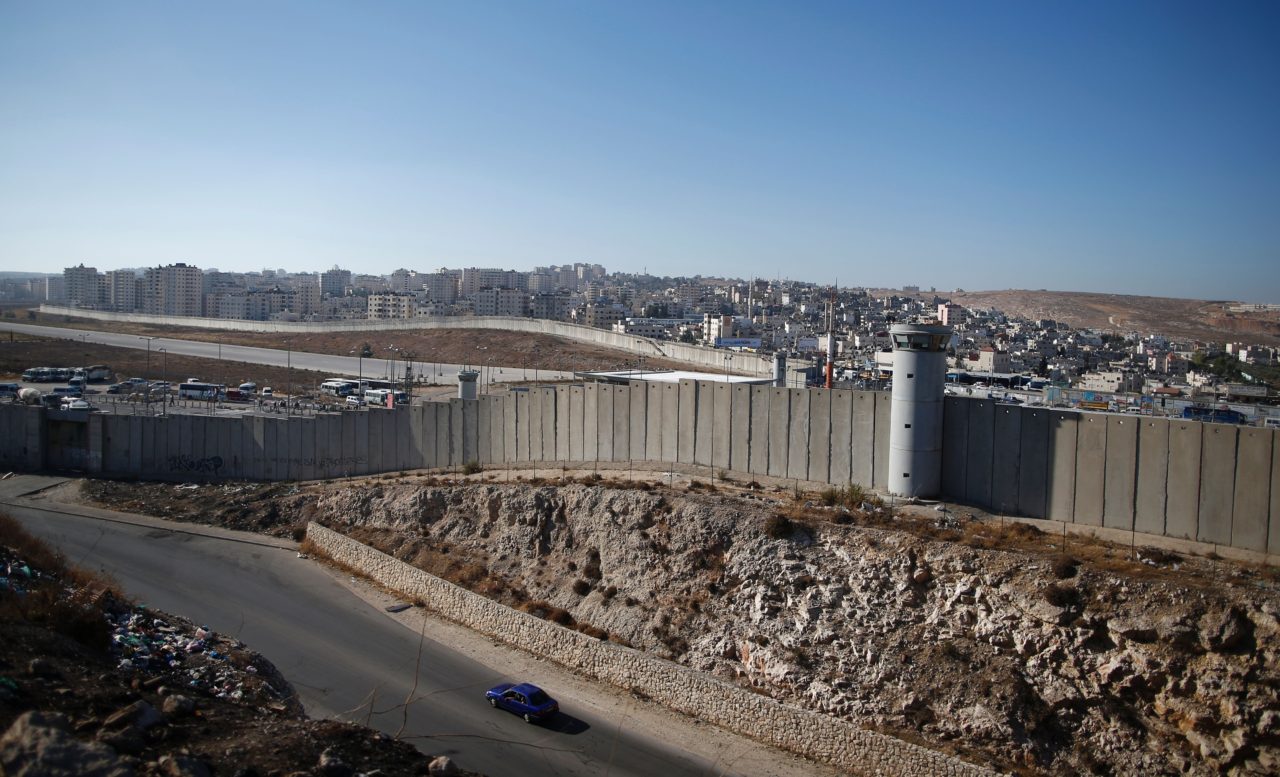 A general view shows a section of Israel’s wall near Qalandia crossing between the West Bank city of Ramallah and East Jerusalem on July 28, 2016. (AHMAD GHARABLI/AFP/Getty Images)

This has been one of the most effective barriers, given the speed at which it was erected, in recent times.

When the migrant crisis was still in full swing last year, Hungary began closing the West Balkan migrant route, blocking people marching through from Serbia in September, and cutting the country off from unwanted incursions from Croatia. Migrant numbers went from 10,000 illegal crossings a day, to just 29.

While some of this can be attributed to a slow-down in crossing attempts, this cannot explain the entirety away. Hungary’s wall worked. 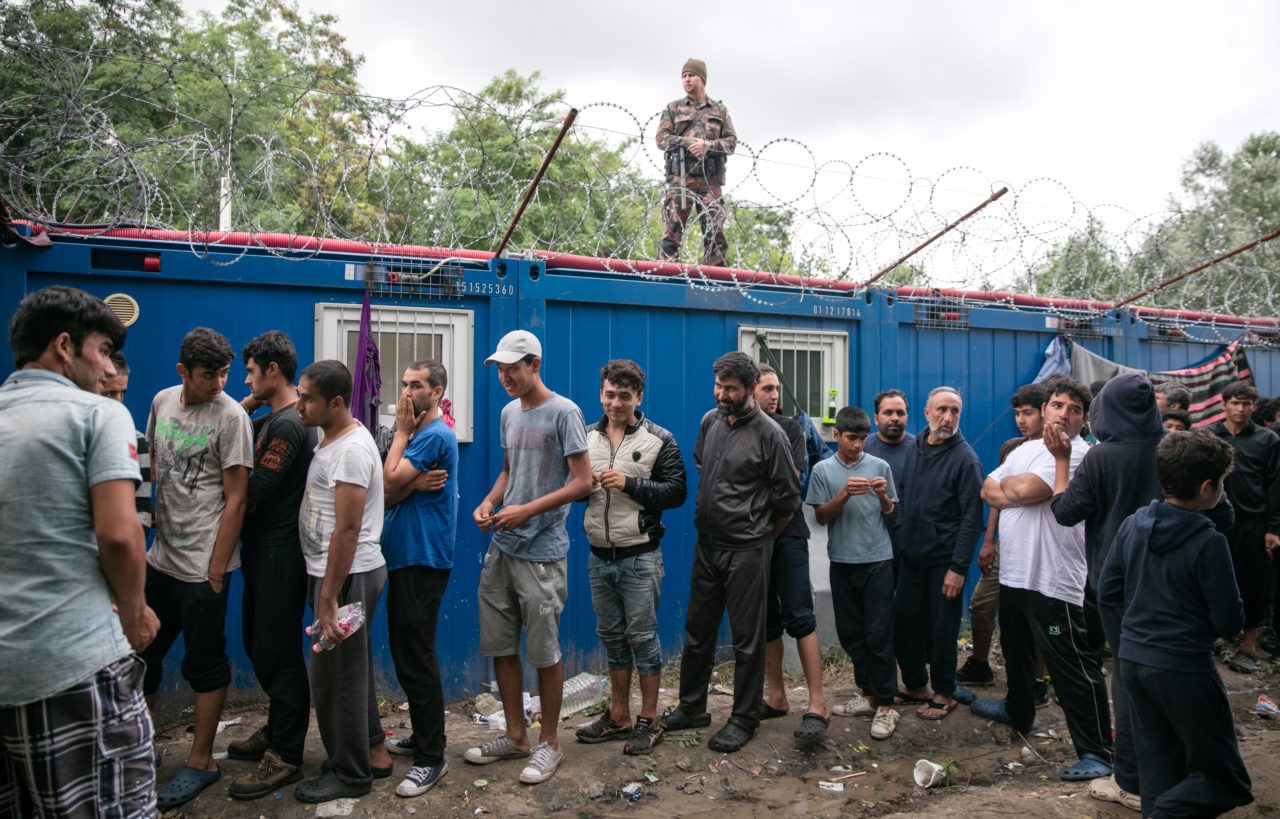 HORGOS, SERBIA – JULY 16: A Hungarian soldier looks down on migrants queueing for food being distributed from a doorway in the border fence close to the E75 Horgas border crossing between Serbia and Hungary on July 16, 2016 (Matt Cardy/Getty Images)

So effective is Macedonia’s wall that migrants have been storming it en masse in an attempt to break it down. These are the scenes some people want to avoid on the U.S.-Mexico border, and to avoid them, they’d rather allow illegal crossings to continue.

But the number of illegal crossings dropped by 90 per cent after Macedonia strengthened its border with Greece, according to figures from the European Union’s own border agency Frontex.

In March of this year, 4,930 people crossed the Greek-Macedonian border illegally, just 10 per cent of the figure for the same month last year. Again, while some of this can be attributed to the decline in crossing attempts, that decline itself was prompted by the erection of the barriers. Migrants stopped attempting to use the route, and thus the “pull factor” was eradicated, when they found out that walls stood in their way. 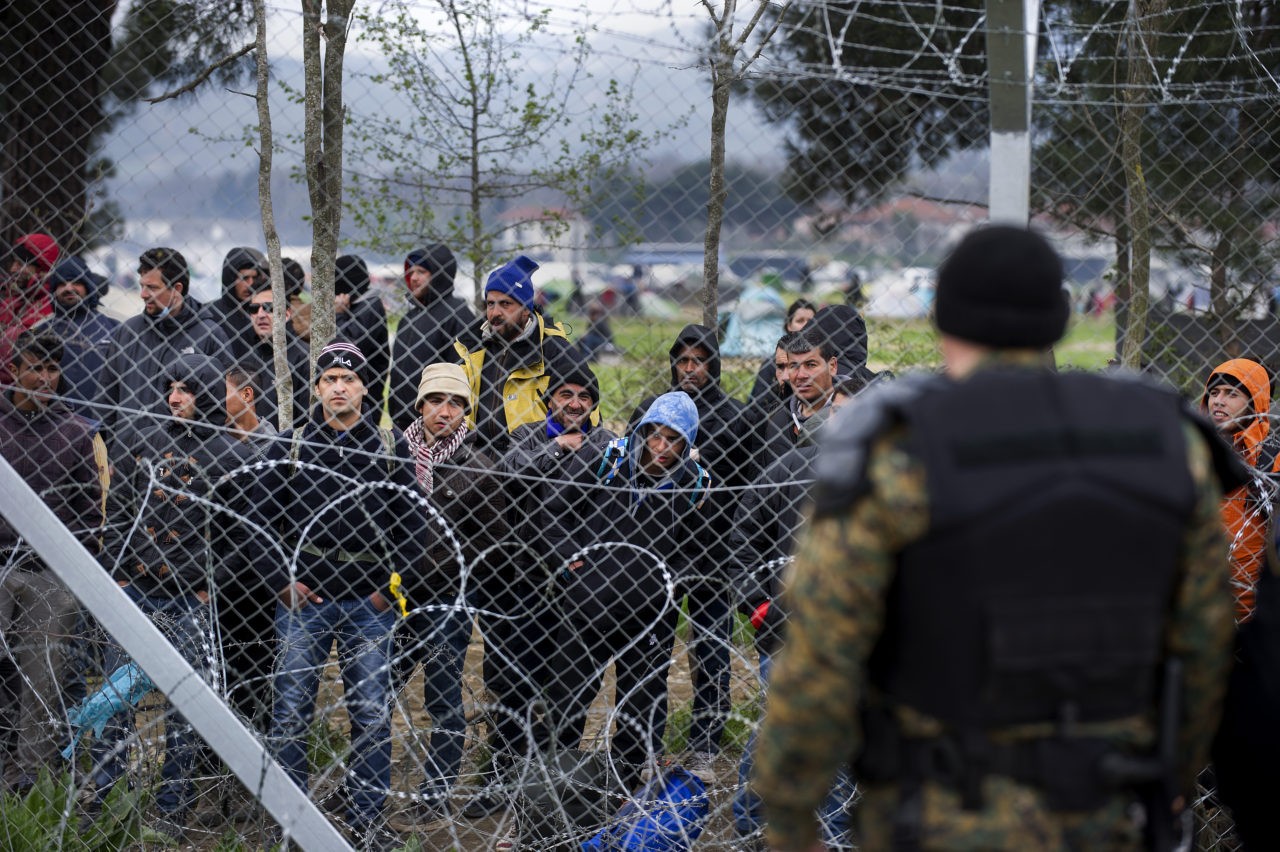 Migrants and refugees stand behind the fence at the Macedonian-Greek border near Gevgelija on March 27, 2016 (ROBERT ATANASOVSKI/AFP/Getty Images)

WALLS AROUND THE WORLD

Kenya, Saudi Arabia, and Turkey have all built walls which have scarcely been referred to as “racist” or “xenophobic” in the same way Mr. Trump, or indeed Mr. Orban or Mr. Netanyahu’s walls have been. There is a double standard for walls around the world.

The United Nations itself – a bulwark of the globalist establishment – still enforces a 52-year-old demilitarised zone in Cyprus, complete with barbed-wire fencing, concrete walls, watchtowers, and even minefields. 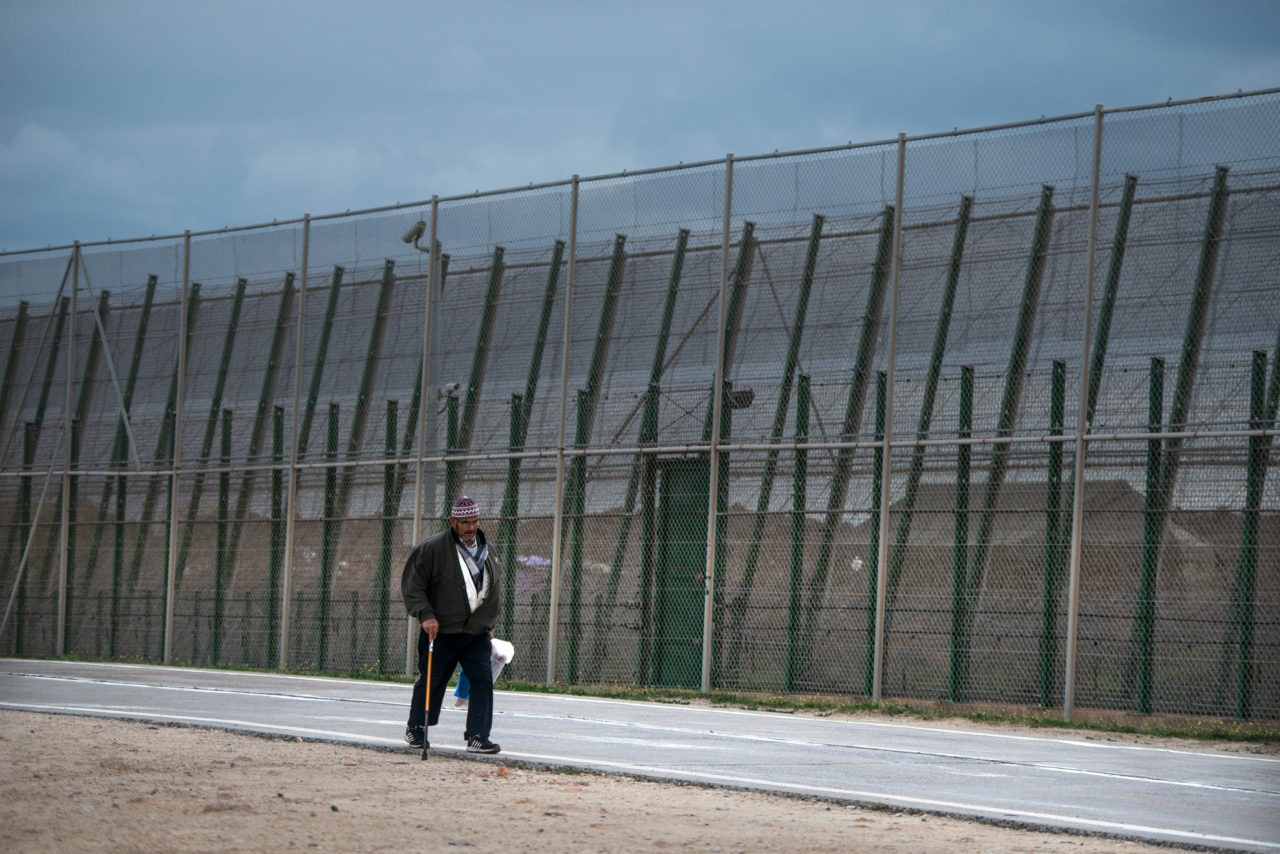 MELILLA, SPAIN – JANUARY 22: A man walks next the border fence that limits Morocco from the Spanish enclave of Melilla on January 22, 2015 in Melilla, Spain. (Photo by David Ramos/Getty Images)

And Spain, in their African enclaves of Ceuta and Melilla, have strictly enforced border barriers without which anyone could set foot on European Union soil in Africa and claim asylum. Again, the policies of the globalists, via the EU, created a situation within which it was impossible to not have walls.

The idea of walls or fences to keep America safe is not new either. And I’m not talking about the ones around Hillary Clinton’s family home in Chappaqua, which is surrounded by a security fence with a guardhouse, though there is that.

In May, the current chief of the U.S. Border Patrol agency, Ronald Vitiello, said that barriers and walls on the U.S. border do help stop the surging tide of illegal immigration into the United States.

Asked during a Senate subcommittee hearing if barriers worked, he replied: “Barriers, as in physical barriers?… They have been. They have been… Right, so, all of the things we use on the border, physical barriers, fencing as one, technology is a great benefit to us, plus the agencies still have to have that response as well”.

Opposition to the building of walls doesn’t come from any reasonable, rationale, or evidence-based position. It comes from ideology, as is evident from Time magazine’s article entitled: “This is Why Walls Don’t Work”.

It is worthwhile reading if only because you’ll see that it was written specifically for the headline to be “out there” rather than making any legitimate criticisms. The sum total of it, if you don’t have time, amounts to: Walls make us feel safer than they actually make us; 13th Century walls weren’t very good; and people will try and find alternative routes anyway.

Leaving aside the first two risible arguments, the latter is tantamount to saying, “Don’t lock your car door, because people will just smash the window”. The point of border walls is not to make it impossible, but rather, as difficult as possible, for illegal border crossings.

Israel, Macedonia, Spain, Hungary, and other nations around the world have proved this can work. I’m delighted Britain is following in their footsteps.