We’ve won over many southern Democrats who are tired of the big government liberal policies coming out of our nation’s capitol, trade deals that are costing good, hard working men and women jobs here in North Carolina.

But now I submit to you it’s time to reach out to all of our Republican conservative friends and say with one voice: It’s time to come home! and elect Donald Trump the next President of the United States. 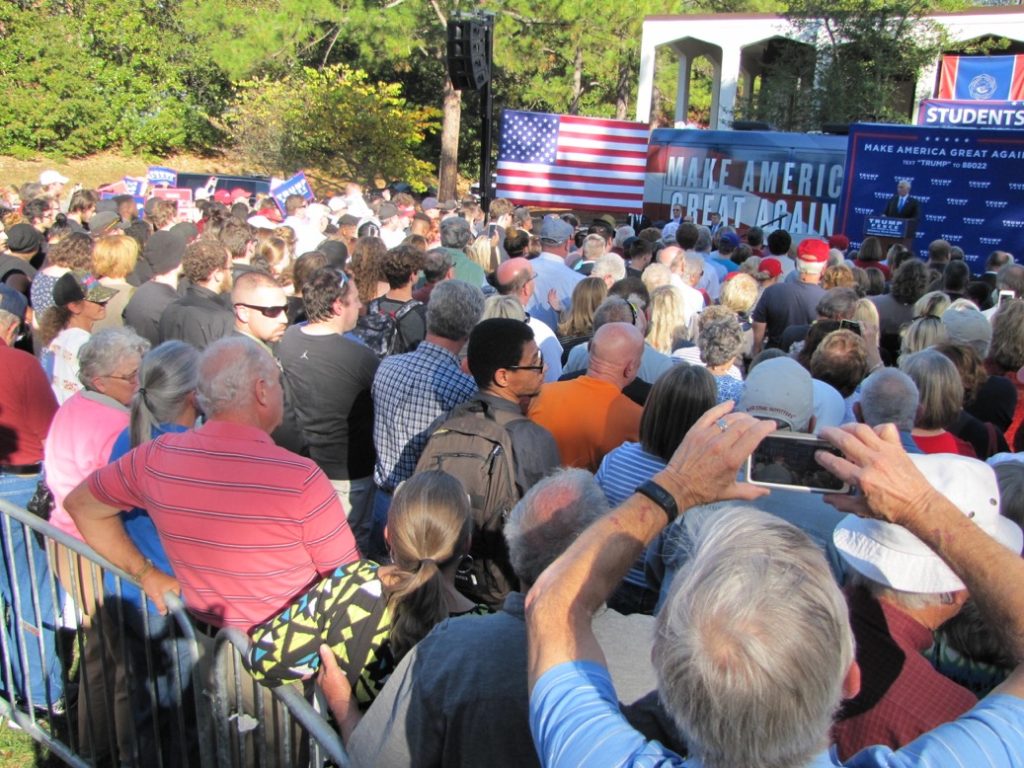 “It’s time to come home and come together and do everything in our power to make sure that Hillary Clinton is never elected President of the United States of America and Donald Trump and Republican congress can move this country forward. So that’s the choice we have.”

Encouraging the crowd to go out and tell neighbors and friends to vote, Pence said, “I hope you’re not buyin’ all this media spin that’s out there. I mean this race is on and we’re gonna kick to the finish, but you gotta go tell somebody.”

“She may have the media, the money, and the special interests, but I believe with all my heart, we’ve got the American people,” Pence encouraged the hundreds gathered. “And the American people are going to make this country great again.”