What is it with these women? Thanks to the Hillary and Jill Show, we keep hearing about recount efforts and the popular vote. This is a national rabbit hole no one actually needed to explore.

The map was saturated in red right down to countless counties across the entire heart of the heartland and beyond.  It was a sight to see.  With the exception of those reliable bastions of liberalism on the two coasts, the sea of deep red represented Hillary’s total and embarrassing shellacking.  In fact, absent these out of touch but highly populated areas of the country, it was a complete and total landslide.  Jill Stein barely registered on the Richter scale. That is what history will reflect and no contrived recount will change that. Sorry, Ladies.

Bottom line, the electoral map does not lie.

For the record, there have been no serious or substantiated allegations of voter fraud or malfeasance.  In fact, there has been no indication of voter problems at all. In a nod to what can only be seen as a frivolous endeavor, Jill Stein herself has acknowledged the recount will not alter the outcome of the election. That leaves vanity, pure and simple. On steroids.

The nation is forced to endure both the continuing narcissism of Jill Stein and the desperation of Hillary Clinton.  In the face of this, and in stark contrast, we saw President-Elect Trump at the Carrier plant in Indiana.  He had just pulled off an unprecedented pre-inauguration feat by actually saving more than 1,000 jobs for actual people, a concept President Obama had ill-advisedly and very publicly mocked earlier in the year.  This time I don’t think he can blame it on Fox News.

If you watched President Elect Trump at his enormous rally in Ohio on the first leg of the ticket’s thank you tour, you might just have felt goose bumps. The voters know selfless patriotism when they see it. His vanity did not need stroking, his personal coffers were overflowing, he did not seek the presidency for gain.  His pledge to the American people was as heartfelt as it was inclusive, and most importantly of all, it was believable.  His agenda is America’s agenda. What a novel concept. Supporters and detractors alike need to fasten their seatbelts, it’s going to be a ride like no other. 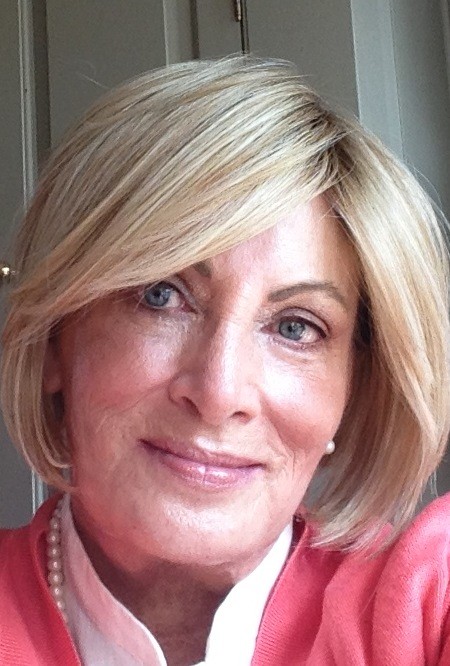 It was Mark Twain who said, “There are no grades of vanity.  There are only grades of ability in concealing it.”  Between Hillary Clinton and Jill Stein, they are failing miserably.  Prior to this delusional recount effort, few in this country could have picked Jill out of a line up. Not even making it to the debate stage, she had, of course,  zero chance  of winning anything.

How swiftly things change. Now she is raking in money hand over fist from unidentified sources and her name and her face are plastered all over the place.  The upshot is the Green Party is left with more money (and a kick a$$ donor list) than ever before.  A win-win for the self indulgent Jill Stein. A lose-lose for the country. At least until someone finds the hook that will yank both she and her cohort off  the national stage.

It is precisely this sort of nonsense against which the country rebelled. Because her name made it on to the ballot in several states, her “rights” as a candidate give her “standing” to force a recount. This can only be seen as a joke.  Absolutely no indication of voter fraud, hacking or irregularity of any kind exists. Aside from fomenting division, the futile effort is a nefarious manipulation of the system for personal gain, an area where Hillary Clinton excels. It is exorbitantly expensive. And it serves to delay the coming together of the country as we are forced to sit back and watch this train wreck unfold.  Our election laws allow this self-indulgent exercise, self-indulgent because it is totally without merit, basis or even justification.

This stalling tactic is designed, among other things, to keep the country in limbo as long as possible.

No reasonable person would argue that recounts are a good thing when voter fraud of any kind is shown to be an issue.  At the very least there should be some indicator that irregularities exist before a recount is sanctioned.  Even the White House has conceded there are none.

This is not a legitimate recount. Rather, it is a multifaceted effort in the guise of a recount. For Jill Stein, it is first and foremost an effort to finally propel her to national prominence, an elusive concept for her in this past election. It is also designed to prepare her for a real run in 2020.  Her post election shenanigans have ensured she will have deep coffers to be able to do so. She will gin up money for years to come, all based on the baseless recount. As to Hillary Clinton, it is a final desperate gasp at her last chance to delegitimize the duly won election of President Elect Trump. They say every ass loves to hear himself bray.  That pretty much sums it up.

Everyone but Jill Stein knows she was never a serious candidate. So they can recount ‘til the cows come home and the end result would still be the same.  She has had and will have zero chance of coming close to winning anything. “Standing” or not.  Hillary forgot to visit Wisconsin, and, as they say, you reap what you sow.

Keep in mind, the Clinton campaign left no stone unturned following the election.  Their hawks were in place.  They know there is no “there” there.  Hillary  is painfully aware that this is an exercise in futility.  Still, they joined the effort to ensure “fairness.”

It appears even  in the midst of deeply seated sour grapes, hope springs eternal.  I know from personal experience, in any Clinton endeavor you check your integrity at the door. Now it seems common sense has gone the way of the wind as well.

The whole thing is becoming less a distraction and more a national embarrassment.  The eyes of the world are on us now more than ever.  They see a government-sanctioned play of egotism on the part of two pompous sore losers who are desperately gumming up the works because they can.  It may be downright entertaining for our friends and foes, but this show of gratuitous vanity only serves to dim the light on our unparalleled electoral system.  That should not be allowed to happen.

While admittedly harsh, it is hard not to be completely dumbstruck by the foot stomping of the two female presidential candidates in this election. Where is Gary Johnson in all this? He had at least as much chance as this Green Party candidate if not more, and for better or worse, thanks to Aleppo, his face and name were pretty well known by election day.

If there is any national comfort to be taken from all this, it is that this is the ultimate icing on Hillary and Jill’s presidential cakes and it is a significant part of how they will be remembered in history’s assessment of the 2016 election.

I want our five incredible granddaughters and all their many peers across the country to be able to look up to female presidential candidates as aspirational role models. For many reasons, these two self-consumed specimens aren’t it.