The public can now–after years of speculation, sweat, tears, and spiritual guidance–step inside the 430,000 square-foot Museum of the Bible in Washington, DC, where they will find a vast collection of 40,000 biblical antiquities that museum officials hope will connect people to the “Book of Books.”

“We invite all people to engage with the Bible,” Tony Zeiss, the executive director of the museum, told reporters at a preview of the museum last week.

“We want them to come and look,” Zeiss added. “It’s an amazing book.”

“We want this museum to be enriching and engaging to all people,” Cary Summers, president of the museum, said. “To that end, we have tapped many of the world’s leading scholars with expertise across many subjects and faith traditions, including those with Jewish, Protestant and Catholic proficiency and perspectives, to help us craft the storylines and narrative themes of this museum.”

The museum is focused around the Green Collection, the world’s largest private collection of rare biblical texts and artifacts, gathered since 2009 by museum founder Steve Green, who also is president of the Hobby Lobby stores.

Artifacts include the Codex Climaci Rescriptus, first edition Bibles and Torah scrolls, and other objects, which are on loan from the Vatican Library and Museum, as well as the Israel Antiquity Authority. The Bible believed to be one that came to America on the Mayflower is also on display.

At a press briefing for reporters last week, Green said, “The intent had always been to be a nonsectarian museum” — a remark that seemed to address some criticism of the museum being an “evangelical” institution.

So what will visitors see when they visit the museum, located in southwest D.C. in what was once a refrigeration warehouse and cost $500 million to complete, according to museum officials?

Here are some highlights, and–take note–it will take nine eight-hour days to see everything in the museum, officials said. That does not count what greets visitors arriving at the museum–the 16 ton, 37-foot bronze Gutenberg Gates inscribed with Genesis’ first chapter in Latin that serves as the front door.

• Floor B1 — Walk through a reconstruction of an ancient city, excavated on a hilltop over the Valley of Elah, the site of the battle between David and Goliath.

Special exhibits include “Amsterdam: A City of Books, Jewish Historical Museum”; “Stages of the Cross”; and the Broadway musical Amazing Grace, on stage at the museum through January 7.

Although admission is free, with a suggested donation, visitors need to go to the museum’s website to get a ticket that allows them to enter on a specific day and at a specific time.

Some of the attractions do have a cost, including Washington Revelations and the musical. 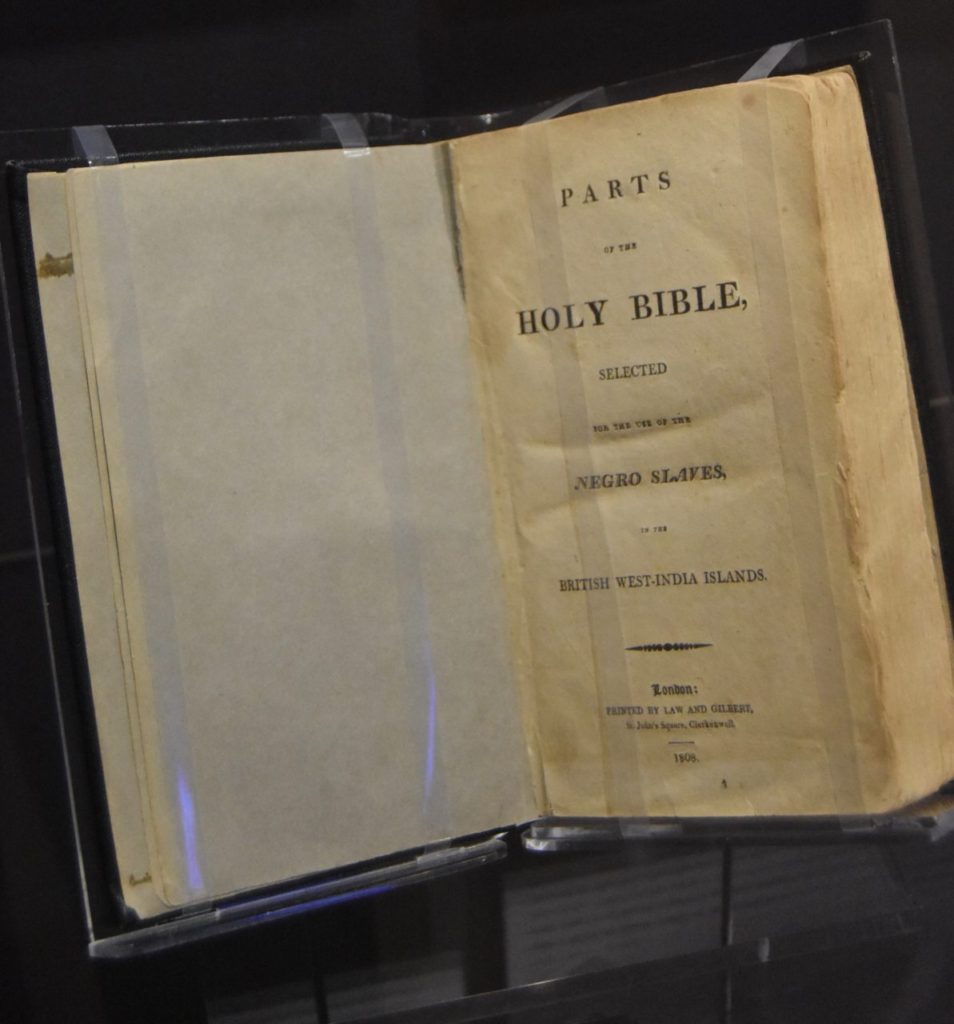 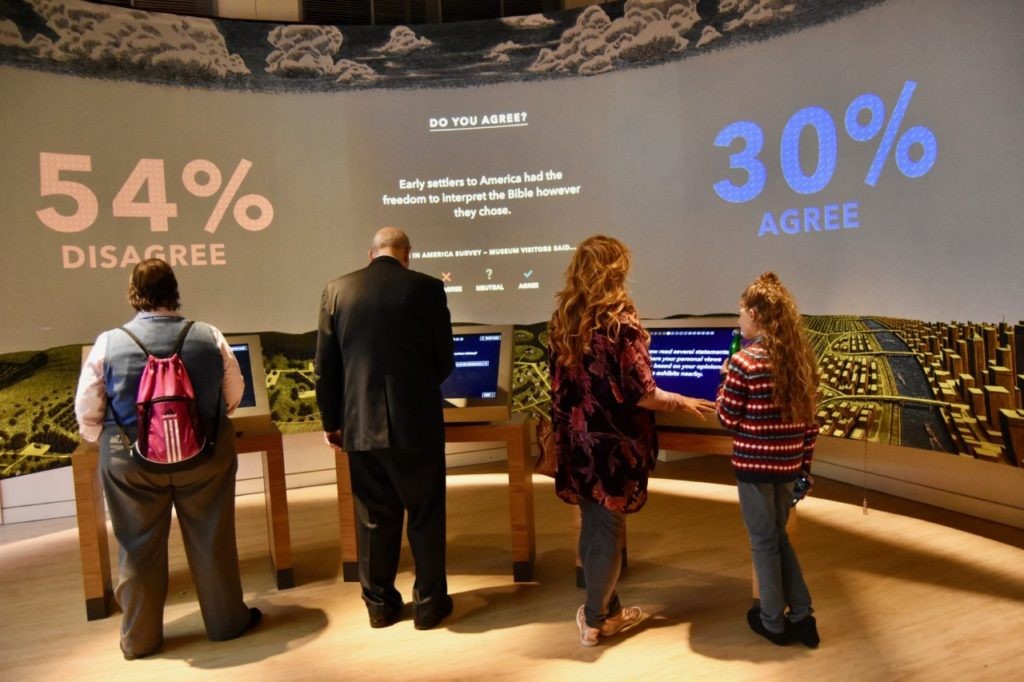 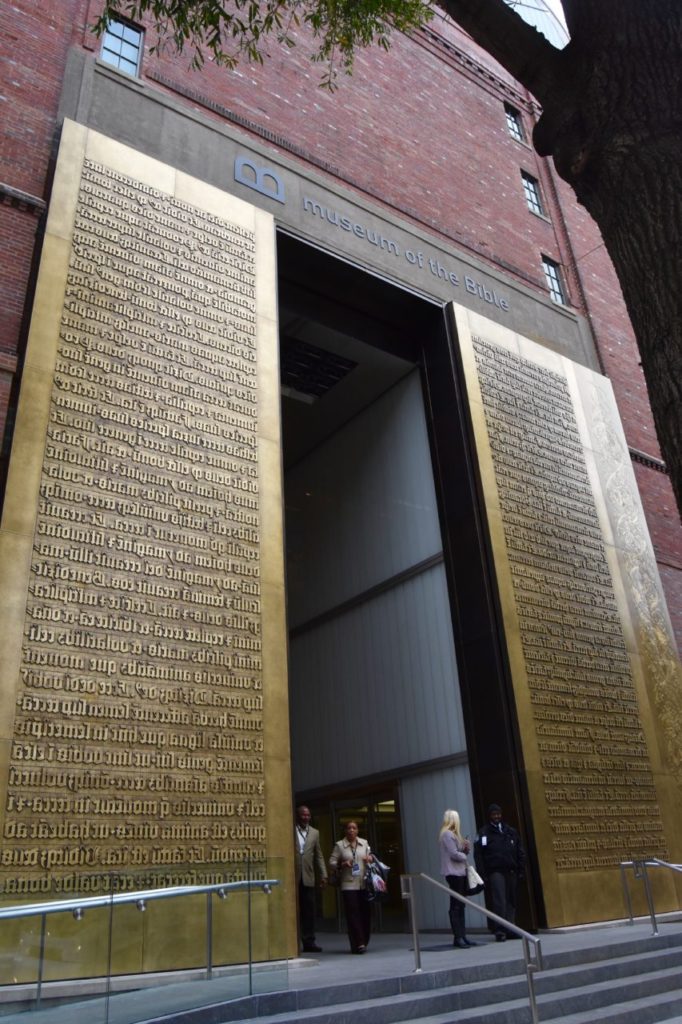 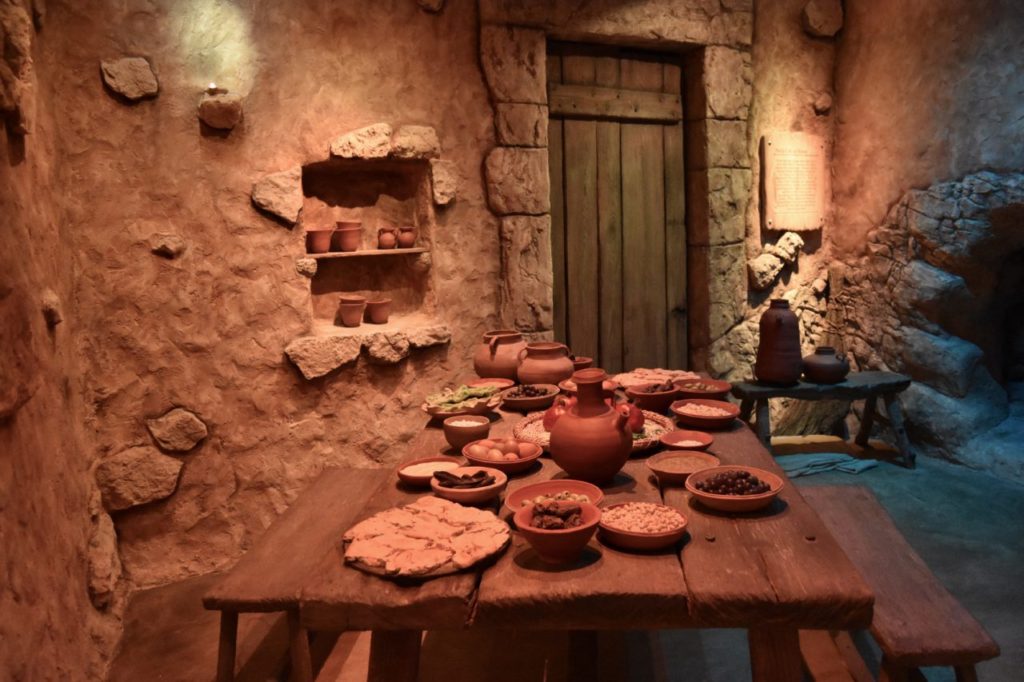 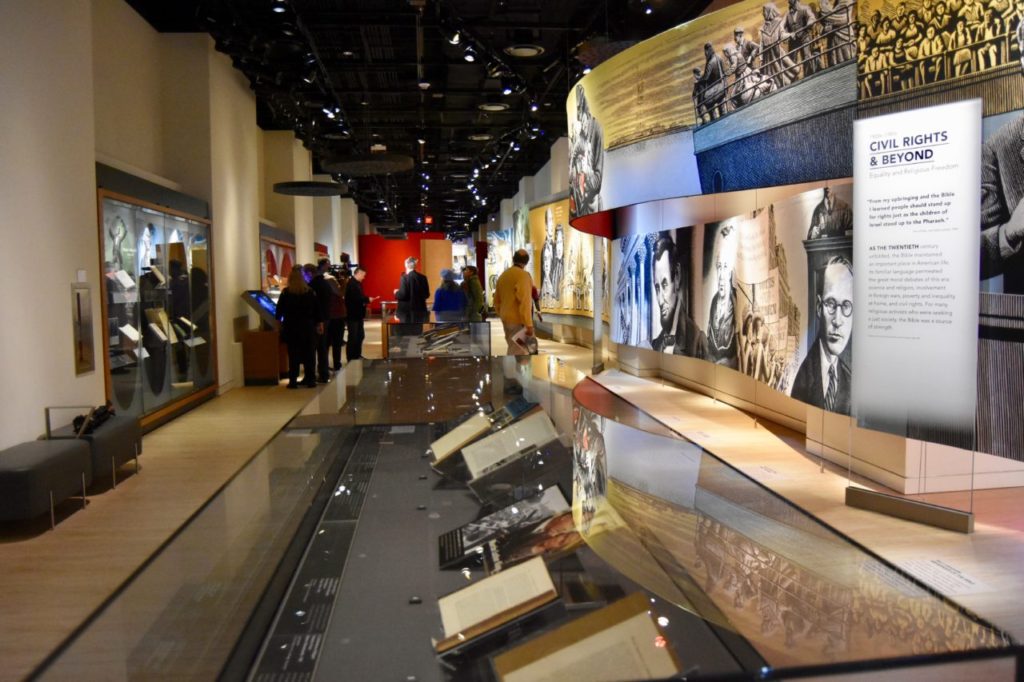