First lady Melania Trump tweeted a selfie on Christmas morning, depicting herself wearing a Santa hat and blowing a kiss to the camera as golden reindeer dance in the foreground.

Mrs. Trump also appears to be wearing a white coat. The Santa hat appears to be a filter added to the photo, not an actual hat. The first lady also posted the photo on her Instagram account.

The photo appears to have been taken in the White House, which the first lady took pride in decorating for the holiday season. She is currently with President Donald Trump at Mar-a-Lago, in Florida — not a climate given to heavy winter clothing.

The date of the photo is unknown, but on December 7, Mrs. Trump wore a similar coat during a Christmas event at a children’s hospital in Washington, DC: 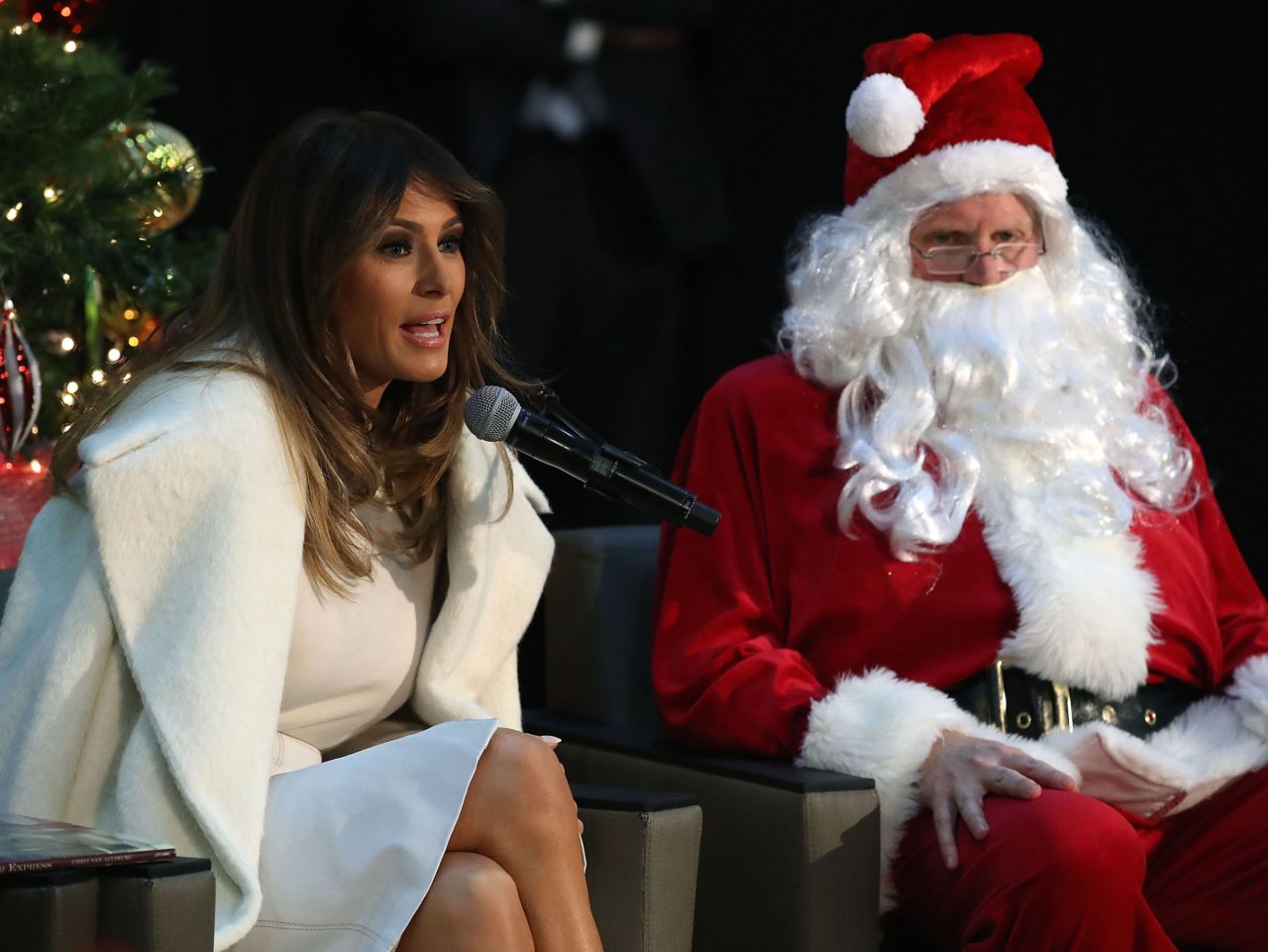 WASHINGTON, DC – DECEMBER 07: First lady Melania Trump sits next to a person dressed as Santa Claus as she reads the Christmas book, The Polar Express to children at Children’s National Medical Center, on December 7, 2017 in Washington, DC. First ladies dating back to Jacqueline Kennedy have made the annual visit to the Washington area hospital during the holiday season. (Photo by Mark Wilson/Getty Images)

Melania Trump had an accomplished modeling career before meeting Donald Trump. The former Melania Knauss (Melanija Knavs in the original Slovenian) worked in Europe and New York and graced the covers of many of the major fashion magazines.

Her Christmas Day image evokes a modeling pose, with a slightly suggestive expression.

Later Christmas morning, the first lady retweeted her husband’s Christmas message, which included a video in which both the president and first lady offered Christmas greetings.

“At this time of year, we see the best of America and the soul of the American people. We see children packing boxes to brighten the Christmases of our brave men and women in uniform. We see families reaching out to neighbors in need, and we see communities coming together to serve one another,” Mrs. Trump says in the video.

“This Christmas season, we celebrate our blessings as Americans, and we pray for peace all over the world,” she adds.